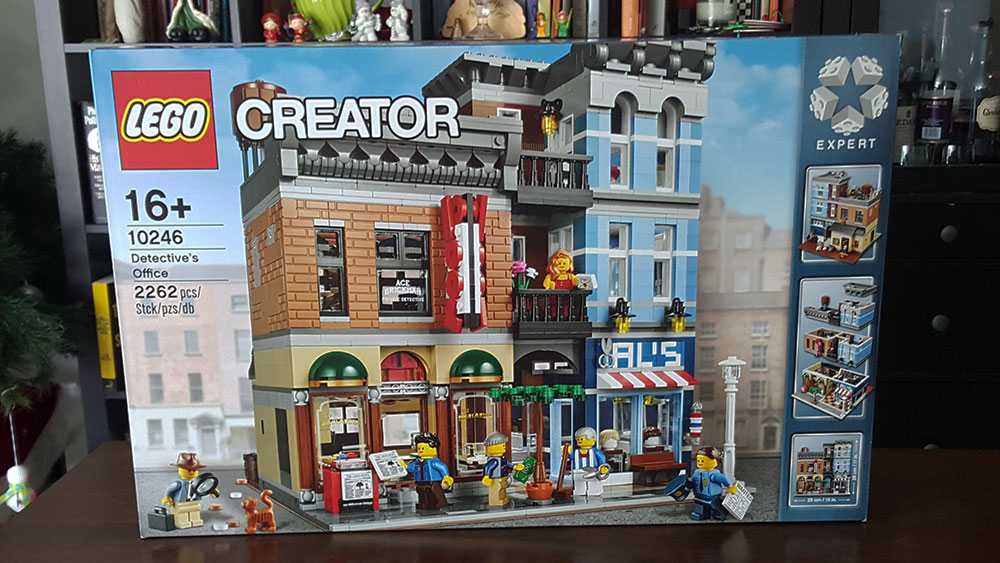 Over the Christmas break I had an opportunity to build my first Lego Modular building in over twelve months.  I was delighted to pick up the 2262 piece Detective’s Office, a terrific set from the Lego Modular Building series that riffs on the gumshoe detective stories you see in film noir.  This set is packed with content.  Although the Detective’s Office is the centrepiece of the building, there is also a barbershop, a pool hall and an apartment too.  Also, you get six minifigs too.

A quick side note – one thing that made me happy about this set is the price.  With a bit of patience and hunting around, its possible to pick it up for sub $200 which is great value.  Lately, Lego have produced a lot of 2,000+ piece sets that are licensed (Ghostbusters, The Simpsons, Star Wars, Marvel Avengers) and it’s pushing the average price of these sets over $300 which is pretty insane.  I understand the demand for the licensed products but I hope continue to make large non-licensed sets like this which are more affordable.

Anyway, the Detective’s Office is a great build with plenty of nifty little details.  The office itself looks suitable messy with newspapers and forms sprawled all over the place.  The office has a fan, a lamp, a safe and even a secret compartment where the Detective stashes his money and letters.  True to the detective story tropes of Phillip Marlowe, the guy has his name emblazoned on the glass.  The only thing missing was venetian blinds but I can appreciately that would be pretty hard to design.

The rest of the building is very compact but makes surprisingly good use of the space.  You get a sweet looking pool hall, complete with pool table, a pool cue rack, a dart board and trophy cabinet.  Then, adjacent to it is the barber which has some cool signage and a wall mirror, which is the first I’ve encountered in a Lego set.

I was a big fan of the Detective’s Office.  It’s a theme that Lego hasn’t really explored before and I think they’ve really done it justice.  The buildings look great with the huge ‘POOL’ signage out front and the brick finish on the office.  It slots in perfectly with the other modular buildings and the set has plenty of unique, detailed bricks and uses no stickers.  All that and a great price point.  You can’t ask for more than that. 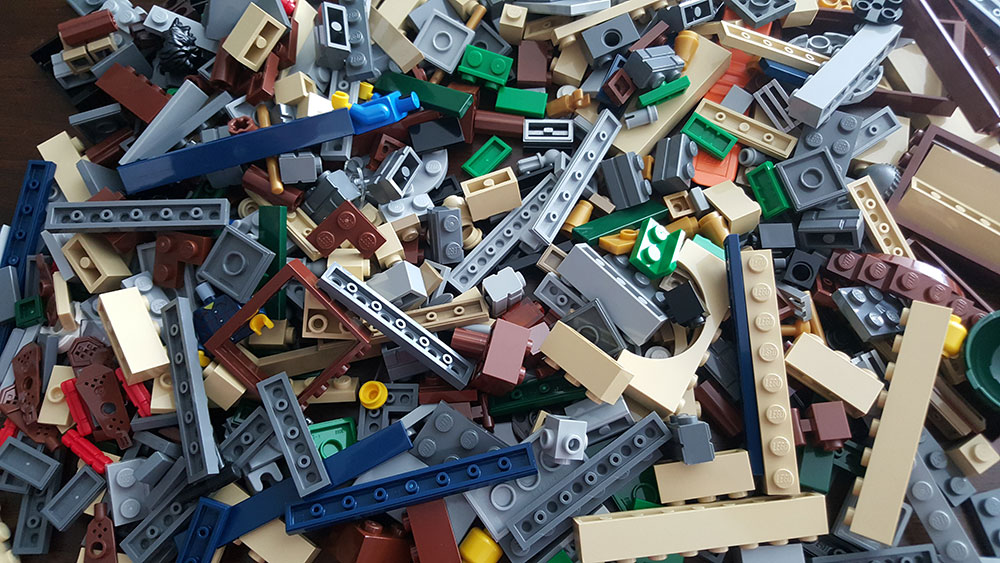 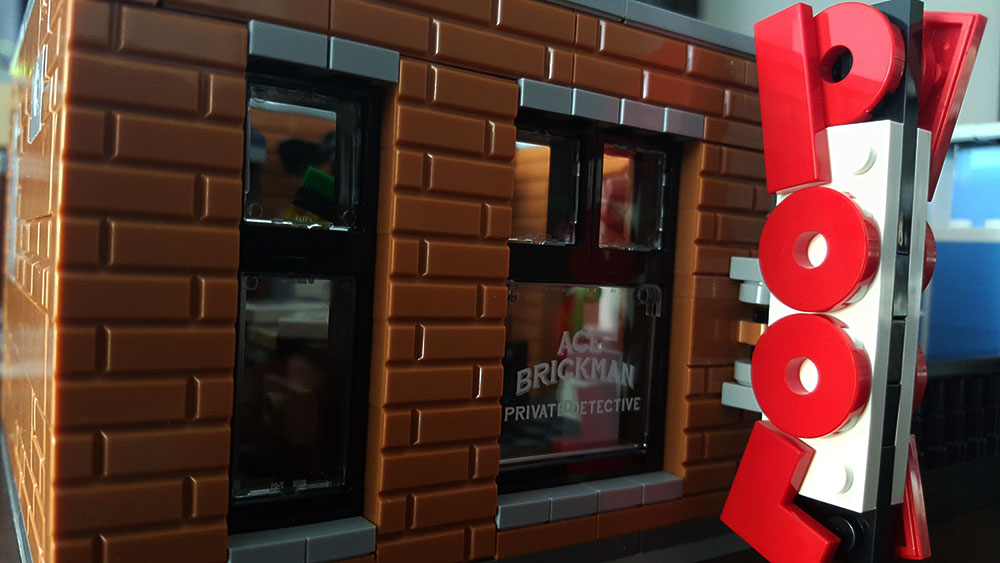 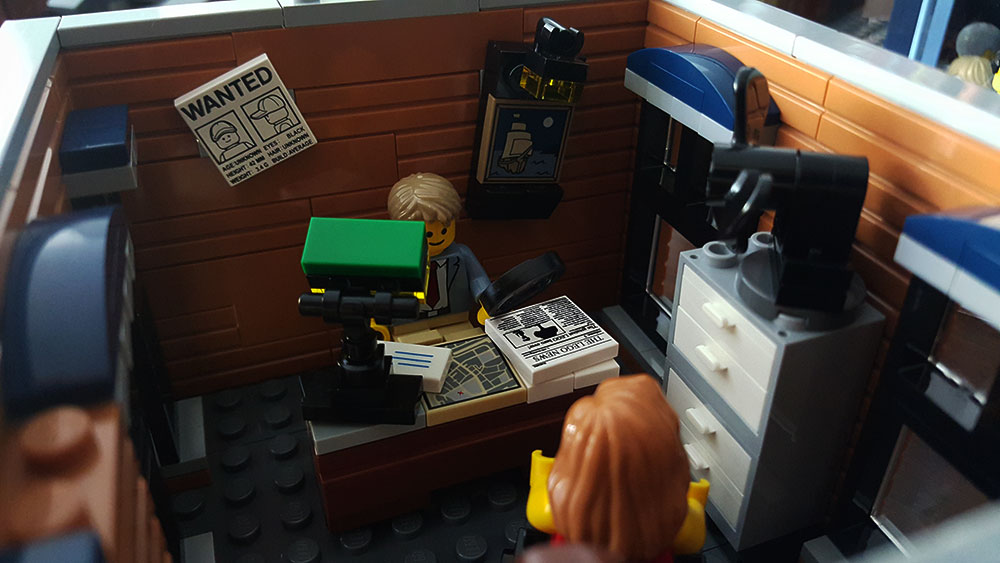 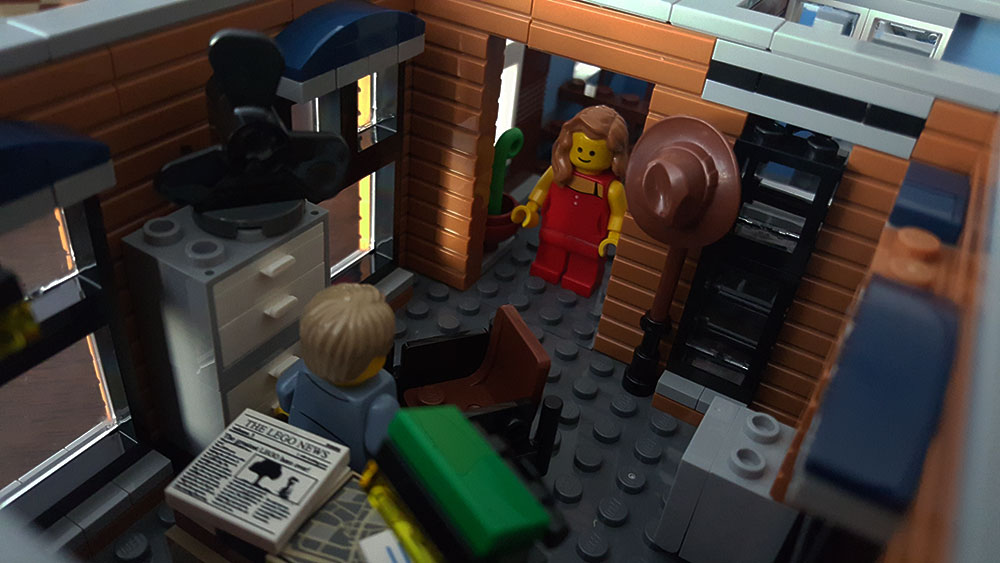 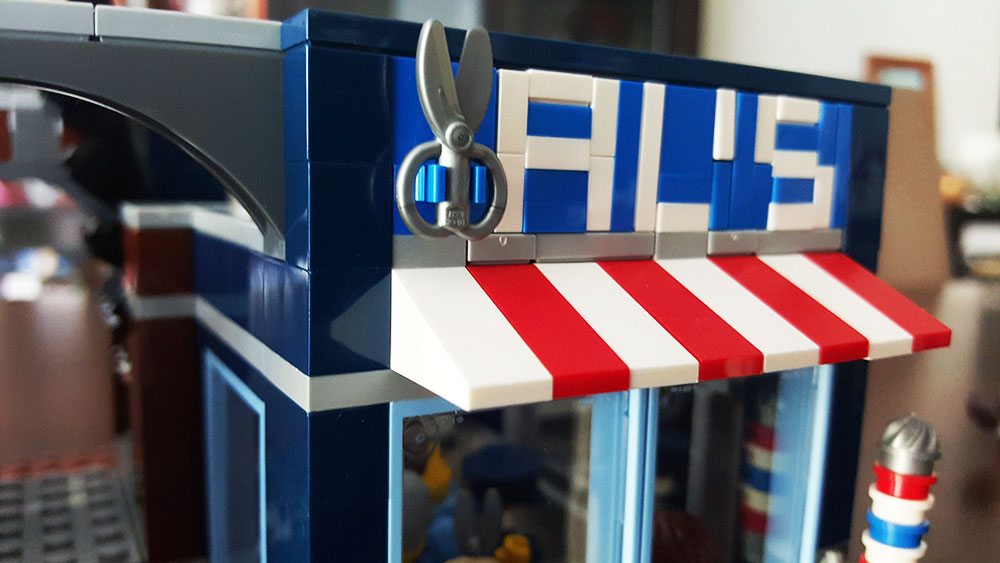 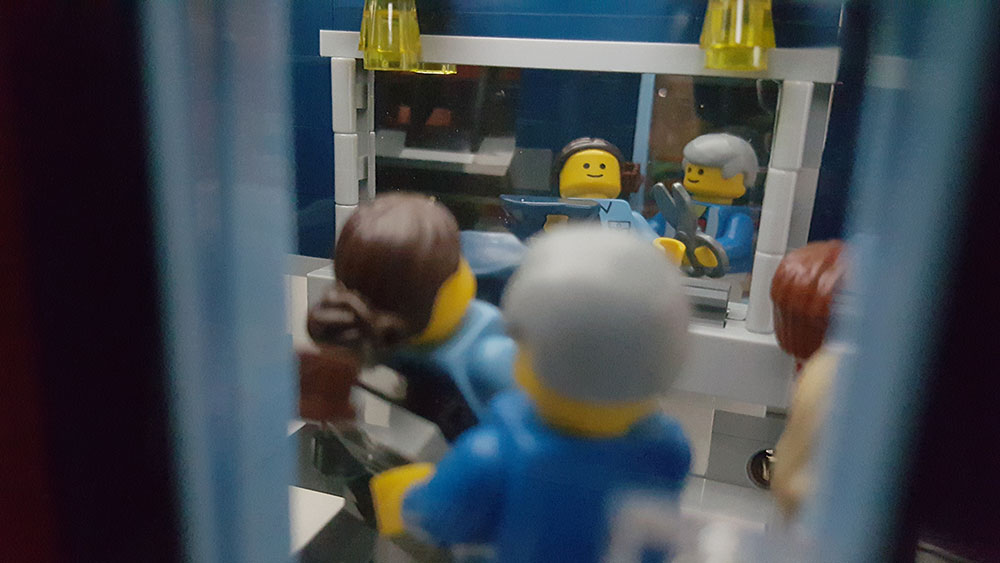 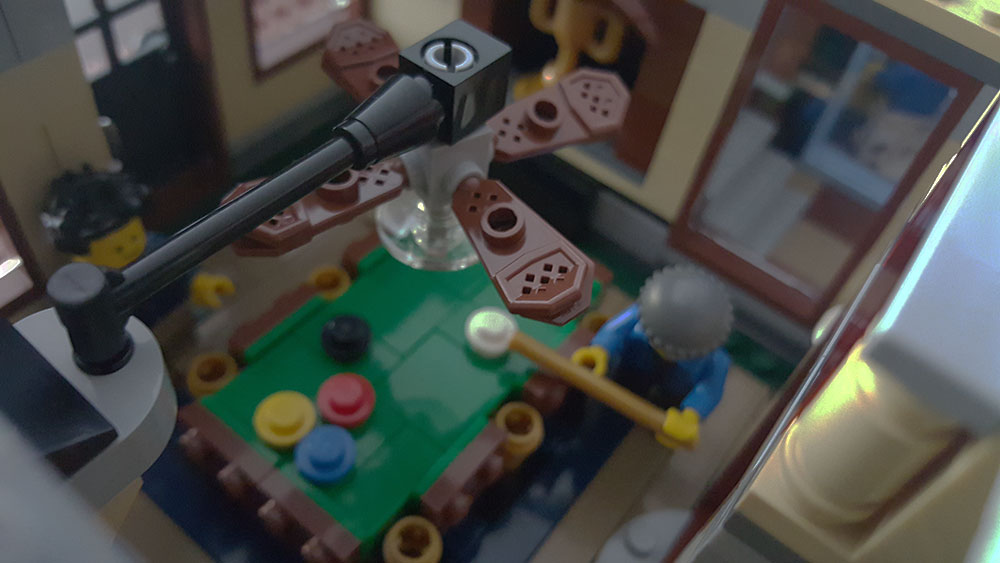 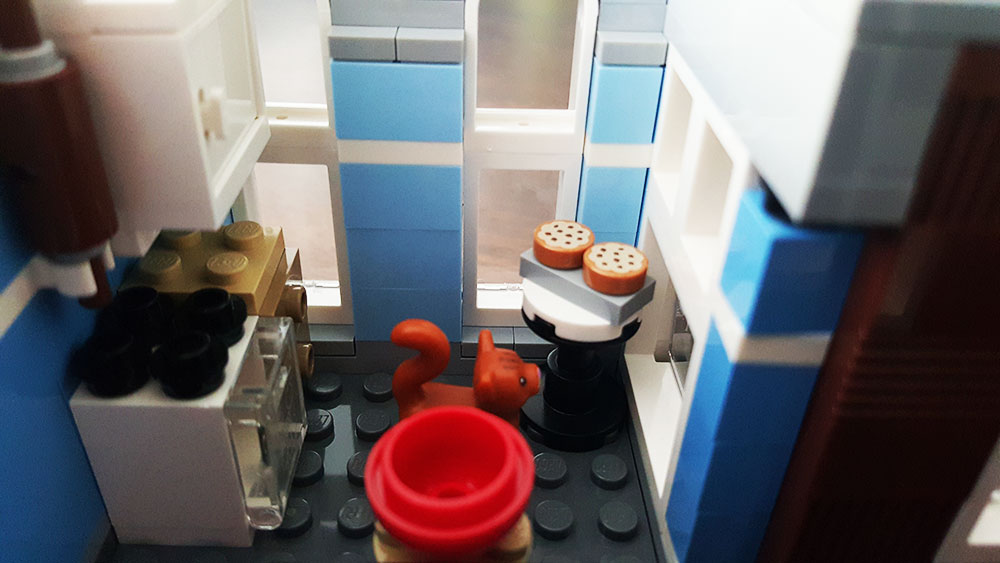 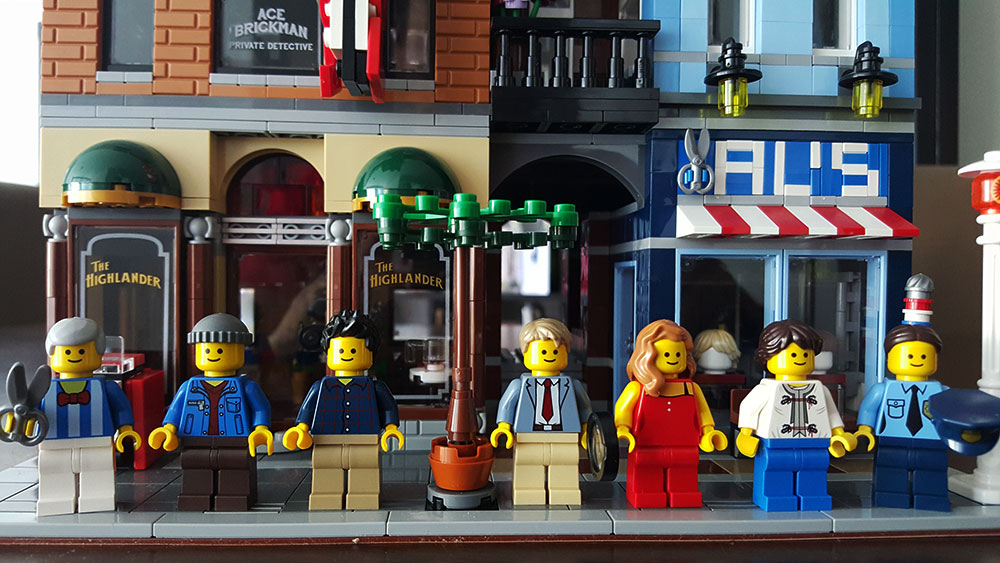 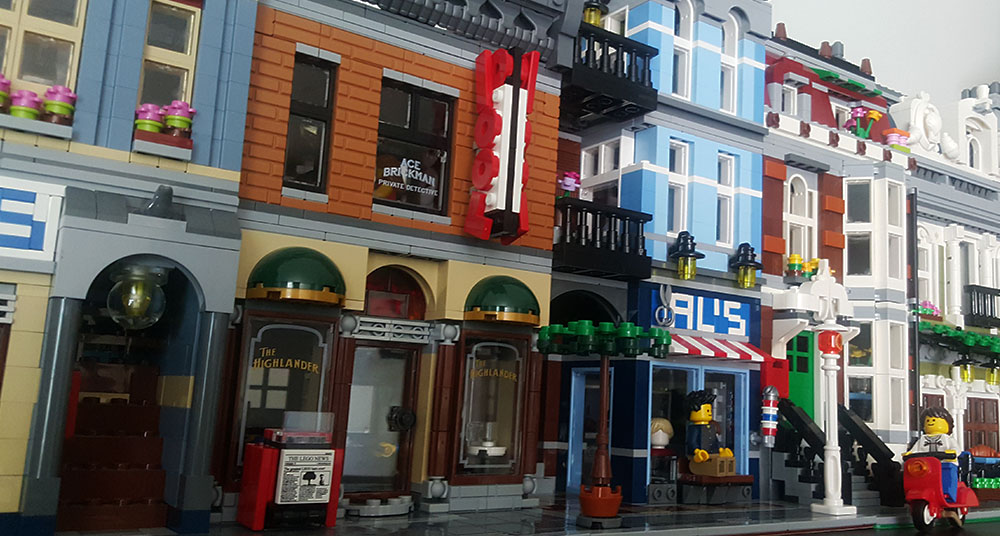