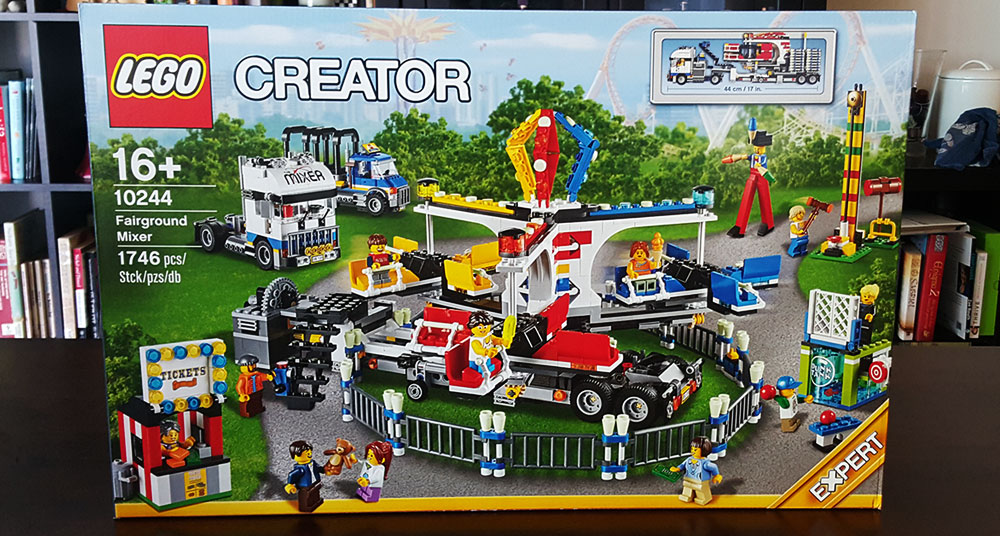 The Lego Fairground Mixer was released as part of the Creator/Expert line in 2014.  It’s a nice change of pace from the usual stuff I’ve been building (mostly Modulars).  Designed by Jamie Berard, it is a set that is absolutely crammed full of content and cool ideas.  The mixer is the centre-piece of the set but it also comes with two trucks, a dunk tank, a ticket booth, a strong-man hammer contest and a dozen minifigs.  How’s that for value!

The mixer itself is a master-class in scale and design.  It is pretty economically put together using widely available, conventional pieces but there is a functional set of gears and axles which brings the ride to life and not only that, its constructed in such a way that it can fold together and be stored away on the back of the truck.  Clever.

The minifigs are pretty neat.  The highlight is definitely Queasy Man whose sickly expression would be fun to swap with dozens of other minifig characters.  Juggler On Stilts is also a stand out.

I liked this set a lot.  In a single box you’ve pretty much got everything you need to create a fair ground setting.  There’s some interesting goodies included (glow-in-the-dark fences!) and the set makes a rad backdrop for Star Wars, Simpsons, Marvel and other minifig characters who wanna unwind and let their hair down. 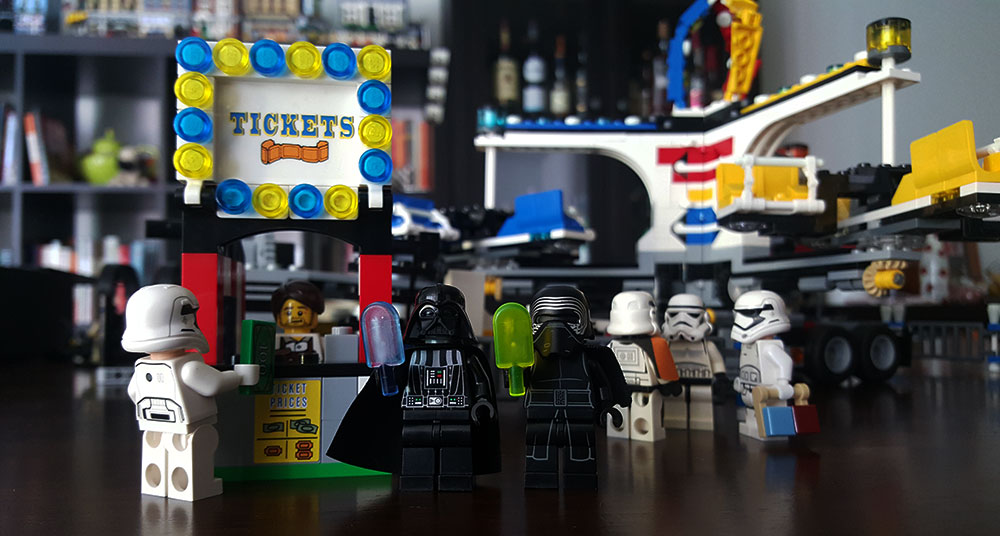 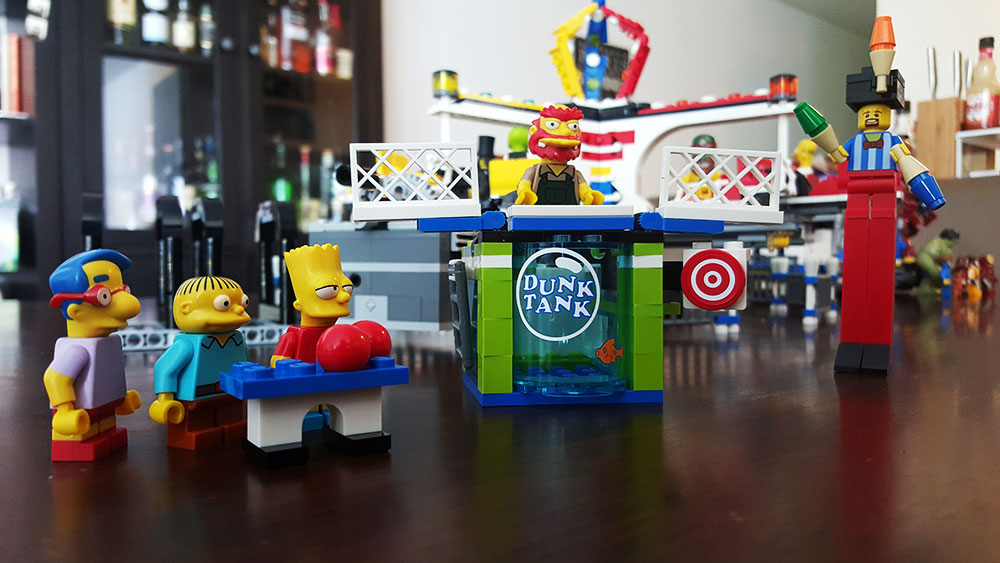 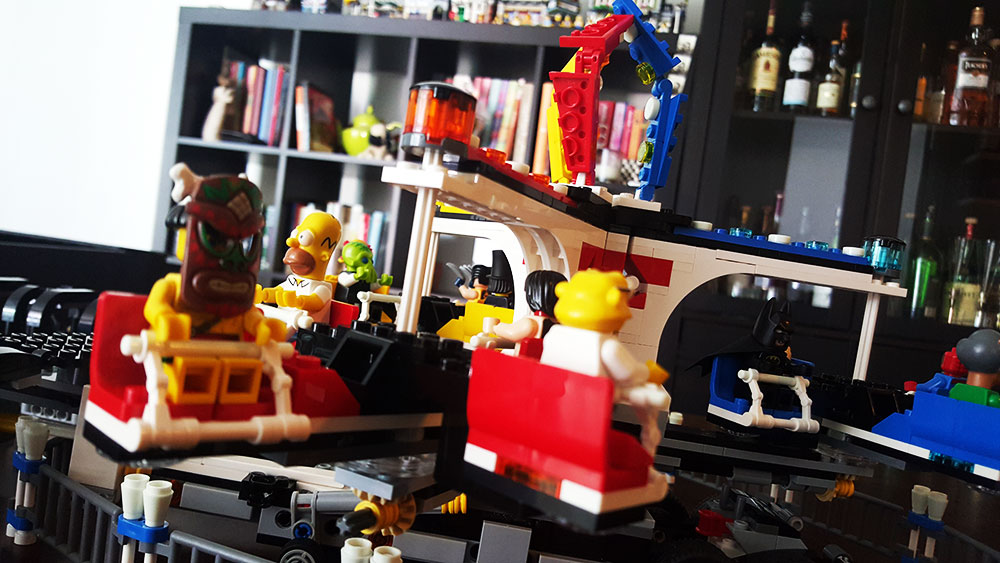 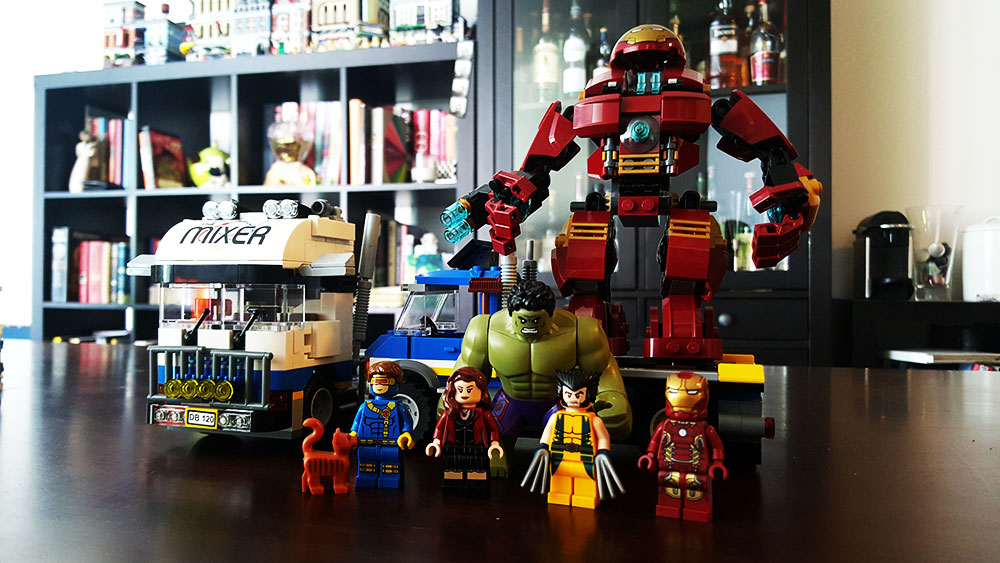 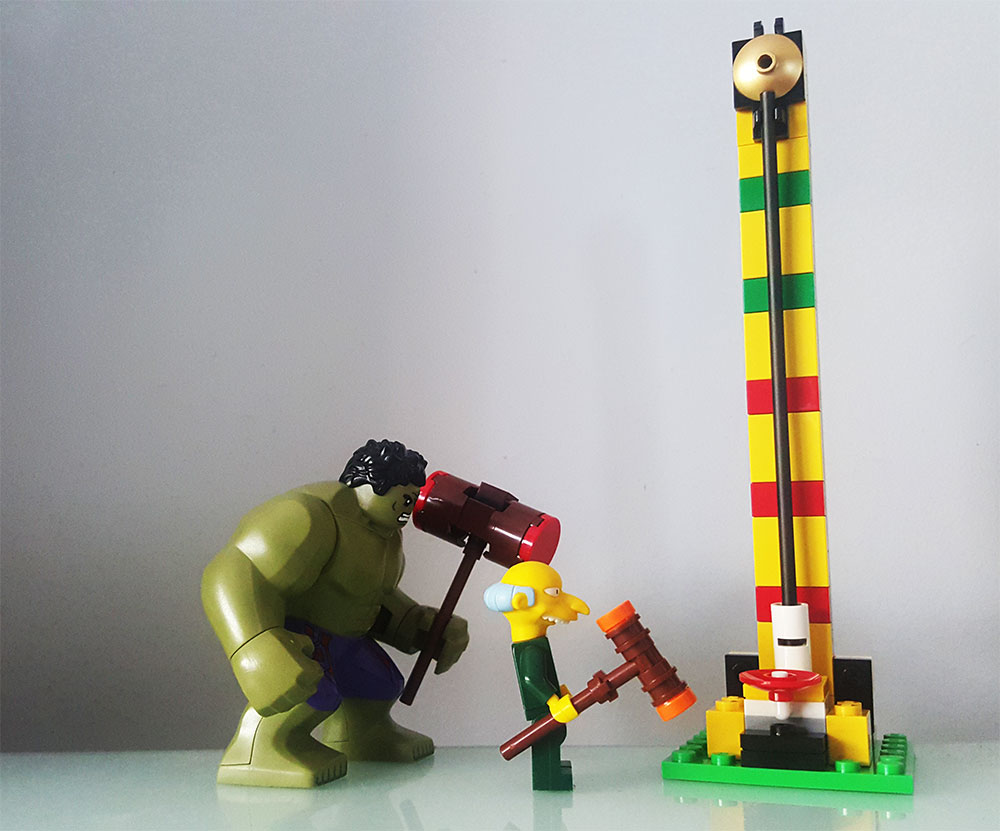