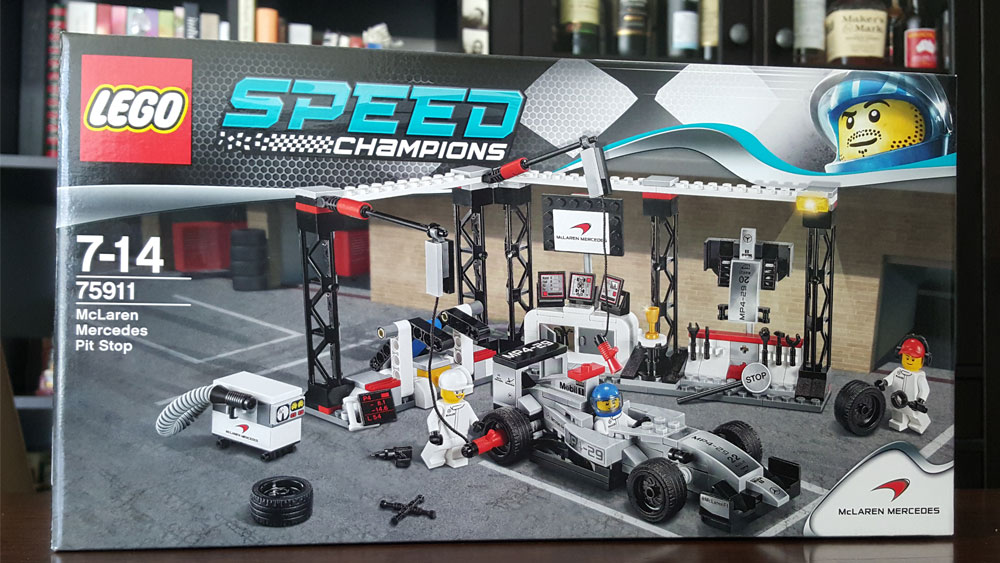 As part of Lego’s ever expanding empire of brands and themes, they introduced Speed Champions in March of this year.  Racing cars have been a staple of Lego toys for many years but this was the first time that they have done a theme that has included licensed vehicles including Formula One cars (McLaren Mercedes and Ferrari) and other sports cars like the Porsche 918 Spyder (also pictured in these photos).

The McLaren Mercdes Pitstop is a great midrange ($50) set that includes the Formula vehicle, three minifigs and a pitstop.  As you’ll see from the images below there is a lot of attention to detail in this set which is relatively modest in the number of pieces included but high on detail.  The pitstop has fuel nozzles, over half a dozen tools, spare tyres, a spare chassis and even a computer terminal with three monitors.  Of course to achieve this level of detail, the set has a lot of stickers but I think in this case, its kinda warranted.

The vehicle itself is a pretty decent facsimile of an actual Formula One vehicle.  Again, much of the detail is achieved using stickers but the end result definitely delivers.  As for the minfigs, there is plenty of detail in their uniforms with the McLaren Mercedes branding printed on their uniforms.  A prized accessory included in this set is the mufflers worn by the pit crew.  This could double quite nicely as a set of headphones for non-Speed Champions minifigs and pleasingly, they included a second set in the box.

The finest set in this collection is of course the amazing looking Scuderia Ferrari Truck.  Hopefully I can pick it up one day before it goes out of print.

I believe this will be a ‘one and done’ theme for Lego so anyone who likes the look of these sets should get in quick. 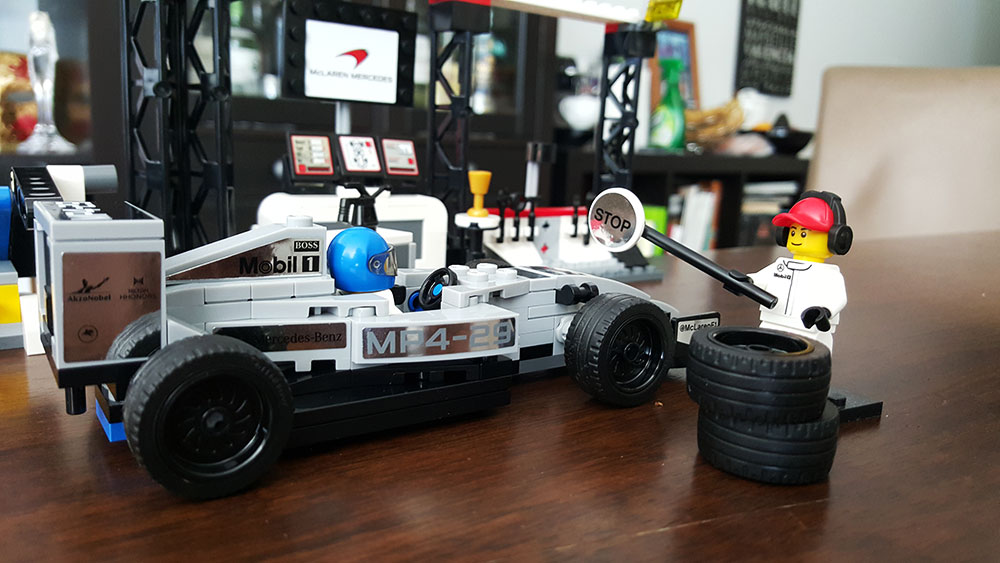 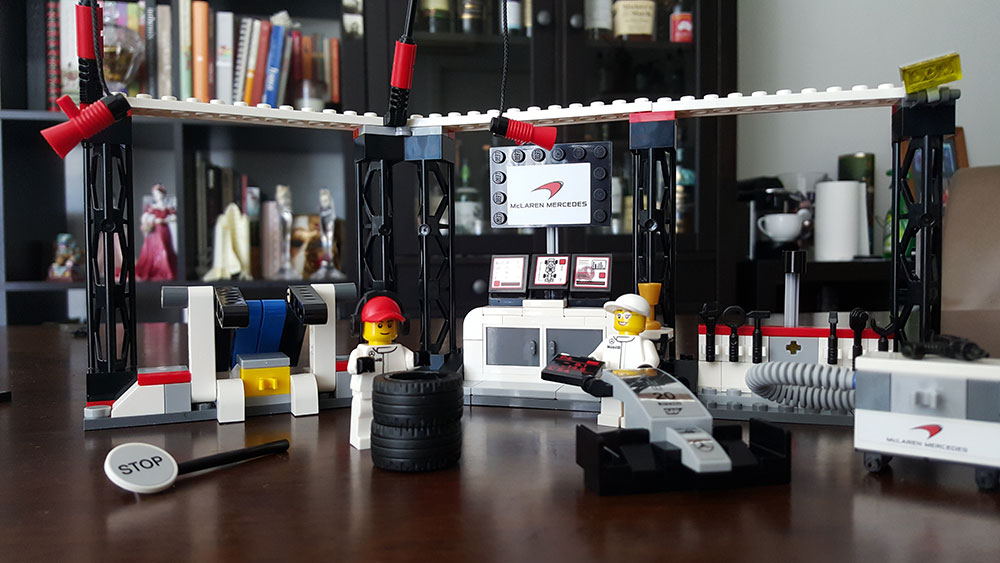 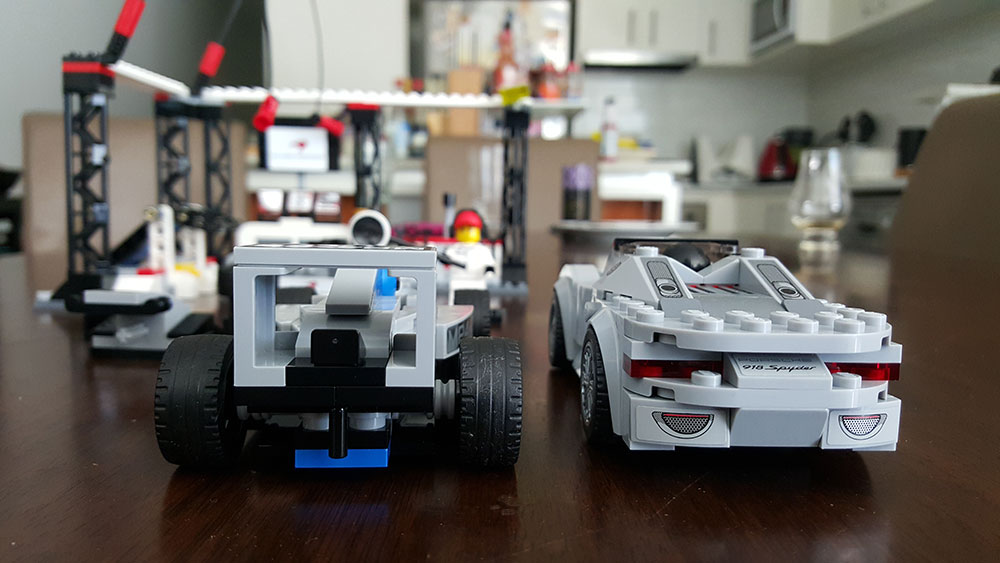 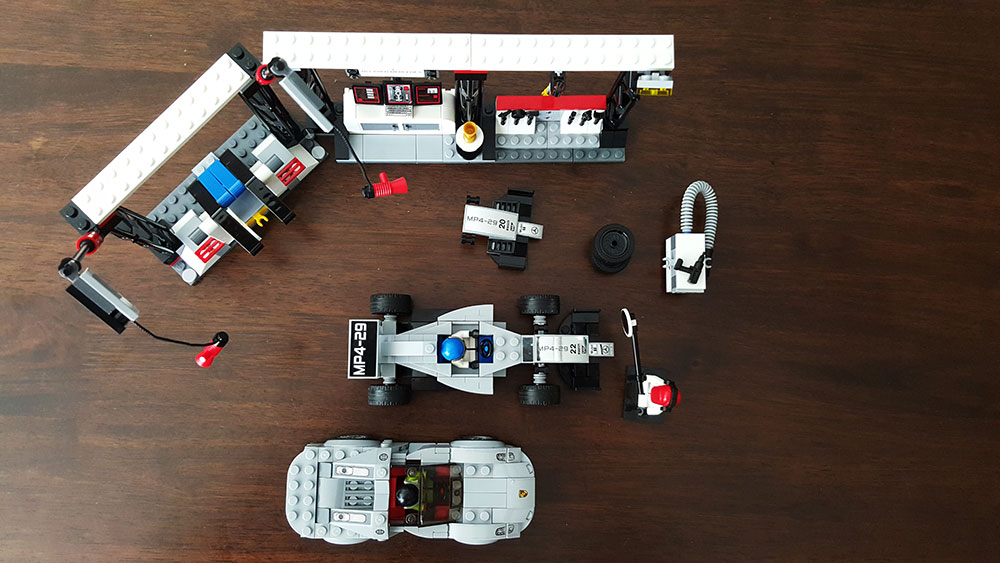 Tagged with: Formula One Lego

Previous: The Man From U.N.C.L.E
Next: Dead of Winter