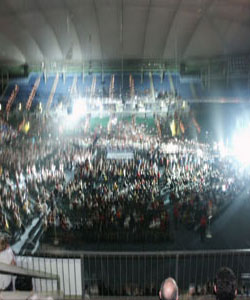 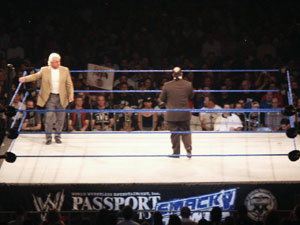 General Manager is Ric Flair.  He comes out to warm up the crowd.  Heyman interupts to hype the main event.  Flair leads a chant calling Heyman a ‘wanker’. 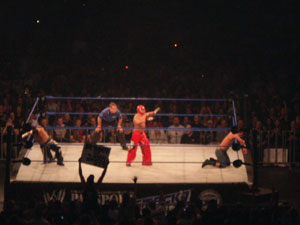 A fun opening match.  Rey was super and everyone got to hit their spots.  Tajiri wins with the mist and pinfall over Jamie Noble. 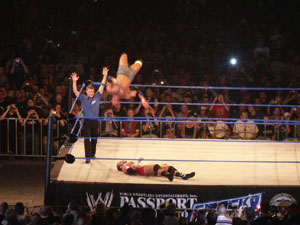 Crowd was kind of mild for this one but they liked the SSP from Kidman. 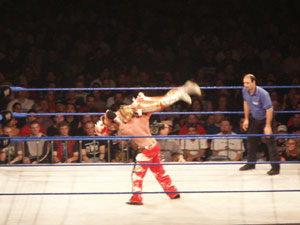 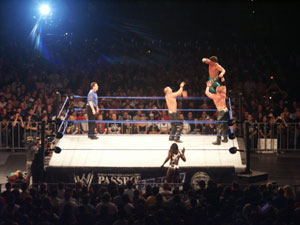 Eddie was super over and the crowd was really into his antics where he constantly cheated behind the referee’s back. 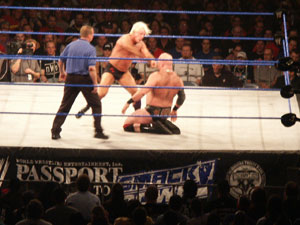 Was pretty cool to see Ric Flair wrestle even if it was against A-Train. 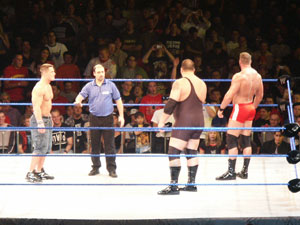 “They say that this is the most secluded city on Earth.  I don’t give a damn, I still think the best fans are right here in Perth”  Thanks John! 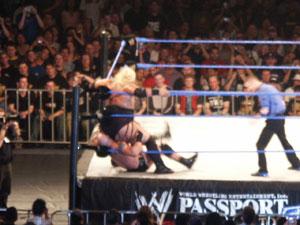 Rikishi and Scotty 2 Hotty vs Nunzio and Johnny Stamboli

I don’t remember this match at all. 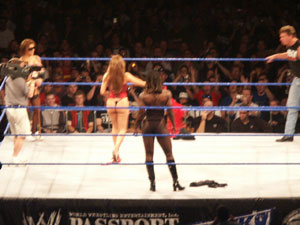 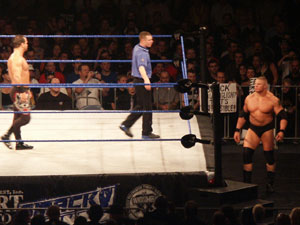 Awesome match that was basically a repeat of their great 20 minute match on Smackdown.  Benoit took Lesnar to the limit and had him tap to the crossface when the ref took a bump.  Lesnar goes over with the F5.  Crowd gave Benoit a standing ovation at the end for his efforts.