I’ve alluded to it before in the last two years but now I’m seriously considering doing the unthinkable: I think I might buy a FIFA game instead of Pro Evo this year.

It’s not a decision to be made lightly.

But first, a history lesson:  Football is an important part of the fabric that makes up some of the friendships on The FAT Website.  I remember being rather envious of Matt and Mike’s card collection for World Cup USA 94.  I fondly recall Friday morning football with Matt, Pat and Mr Jones where we would steal money from Mr Jones when he drove us home so we could buy Milo.

There was also that one time Pat scored an absolute scorcher from 30 yards out and it dipped right into the goal.  Those times when I was a defender and Matt was a goalkeeper and we talked about how we suspected Dean of being a pederast.  That time that Chelsea FC came to our school and we spent the day hanging out with Ruud Gullit, Gianfranco Zola and Roberto Di Matteo.  Then there was that one time I fell over when playing.  Oh wait, that never happened.

FIFA on the Sega Mega Drive: tap 'A' for bullhorn

Equally important, as we got older and fatter and gradually stopped going outdoors, was our shared enjoyment of football video games.  The first football game I ever played was Italia 1990 with my brother on the Commodore 64.  I then got introduced to FIFA when I would go to the Priest’s house and we would play the game on the Sega Mega Drive.  It was pretty cool.  When you scored a goal, you could mash the buttons and it would make the sound of a bullhorn.

Years later, it was over a game of FIFA that myself and Pat bonded and first became friends.  Specifically, Pat would spam the L2 button on the Playstation controller which would make Ian Wright do an unstoppable pirouette around my defenders and then score every time without fail.  That day I called Pat a **** and a lifelong friendship was formed.

When we had our Sunday afternoon band practises and took a break from our 47th take of Green Day’s When I Come Around, we would play WWF Attitude or a football game.  FIFA used to be king.  The first football I remember getting on the original Playstation was FIFA 96. That game was amazing.  It had the entire Malaysian League with licensed player names so you could play as Rosanan Samak or Brian Bothwell for Brunei.  It also had John Motson and Andy Gray on commentary and every three seconds, there would be a soundbyte of John going ‘OOOHHHHHHHHHHHHHHHH’.  It sounded like sex.

Then one fateful summer, my relatives from Japan visited Brunei and they gave me J-League Winning Eleven 95 as a gift (because they’re awesome).  It introduced me to a world of video game football where the graphics looked like ass but it played like actual football.  It was incredible. 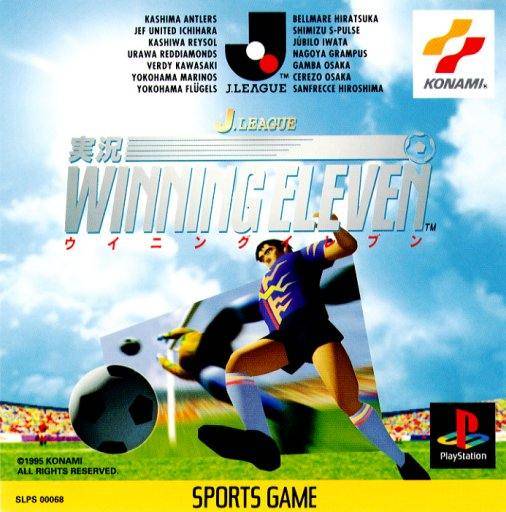 By 1999, I think everyone was a convert to Winning Eleven and the FIFA series fell by the wayside.  It was always the same every year:  FIFA had the licenses and the pretty graphics but Winning Eleven had the realism.

Fast forward ten years and its a whole new world:  We have a black American president, Australia is unofficially the greatest footballing nation and it’s possible that for the first time in a decade, FIFA might be ready to reclaim its title as the best football video game series.

Since the current generation of consoles came out, starting with the Xbox 360 in 2005, the Winning Eleven/Pro Evolution Soccer series hasn’t quite met the high standard that it set in the previous generation.  The graphics were looking as stodgy as ever, the netcode sucked when I tried to play against anyone online and the gameplay was, shockingly, starting to get a bit stale.

Not that FIFA was any much better.  I’ve been playing the demos each year and they still didn’t feel quite right either.

Then along comes FIFA 2009 which was the first time in ten years that the series scored a higher Meta Critic average than Pro Evolution Soccer.  I read online about maybe PES fans becoming converts.  And in a few short months, FIFA 2010 will launch.  Now what happens?

I picked up this month’s issue of Edge magazine which gave FIFA 2010 a cover story.  The article spoke with the project leads, both of whom freely admit to being bigger PES fans for the past ten years.  They seemed to have a clear understanding of what made the game great and what they felt FIFA had to do to not just catch up, but supercede the PES series.

Who knows?  It could all be hype but I want to believe.  I think PES has been stale for a while and getting their arses kicked for a couple of years might be just what they need to lift their game.  I also quite like the idea of an all-encompassing football game that not only plays the best but also has the full licenses so I don’t get stuck playing as Froibaad for West London City FC.  Maybe FIFA 2010 could be that game?