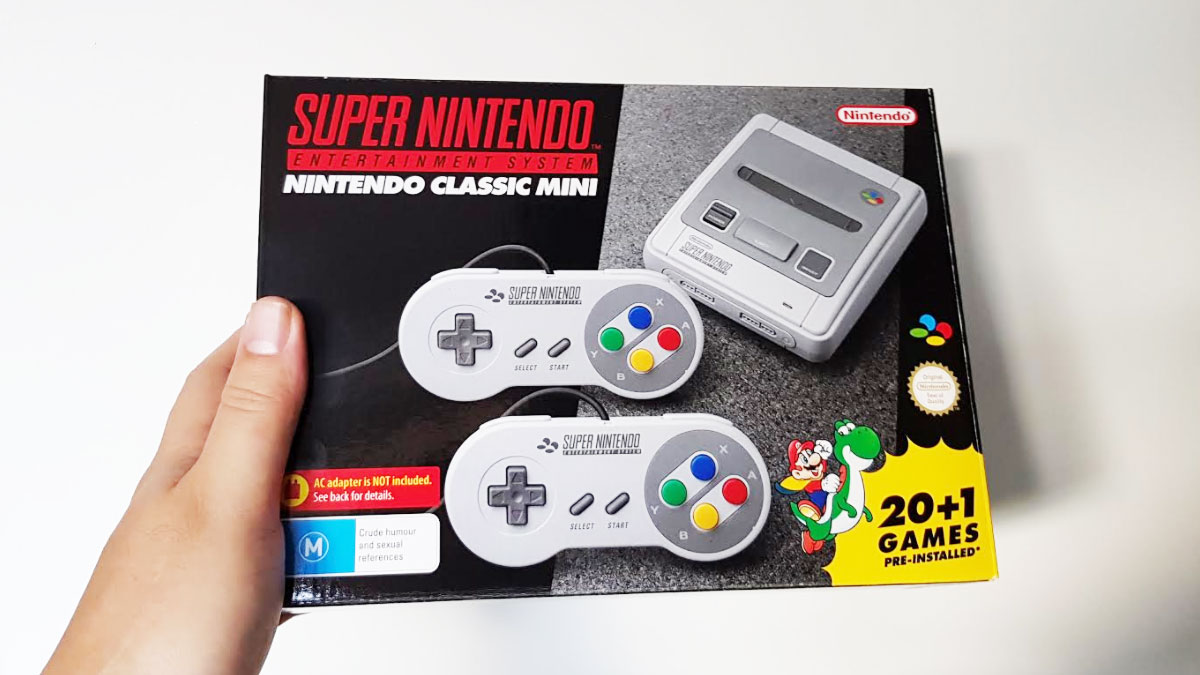 Speaking as a kid who grew up with the Super Nintendo as my first ever video game console, I’m partial to the argument that video games actually peaked in 1995 and that no video game publisher ever created a system that could match Nintendo’s awesome 16-bit machine for the perfection of hardware or the quality of the games library.

The only problem with the Super Nintendo today is that it is a hassle to hook up and play.  It’s AV cables and power adaptor belong to another era so even if you happen to still own your childhood SNES (like me) or decide to buy one off eBay (they’re not that unreasonably priced), it’s difficult to set it up in your house unless you’ve got a CRT TV kicking around.

Enter Nintendo’s incredible new piece of hardware: the Super Nintendo Classic Mini.  It is a pint sized game console that has the exact form and appearance of the original Super Famicom, only its about a quarter of the size, it can be powered with a standard AC adapter and it has an HDMI port.  And instead of taking cartridges, it comes preloaded with 21 of the Super Nintendo’s finest games (except for Chrono Trigger).

To my mind, this is one of the greatest products Nintendo has released.  Although the SNES Classic Mini’s popularity has made it a scarce commodity in certain countries, I was fortunate enough to pre-order my copy and receive the system without any major issues.

Is the Super Nintendo Classic Mini everything it could and should be? 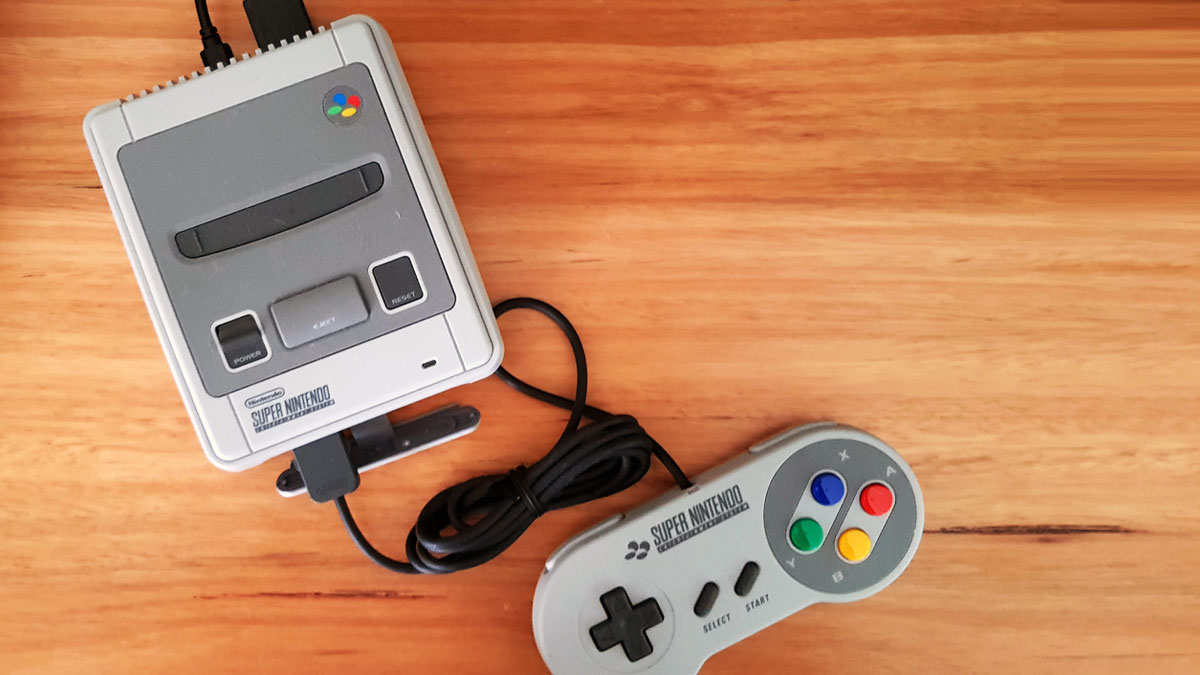 I find it impossible to seperate my childhood nostalgia and appreciation for this system with any sense of objectivity but I really believe that the Super Nintendo is one of the best designed consoles ever made.

The Japanese/European version of the console itself has what the designers affectionately referred to as the ‘loaf of bread’ appearance.  It is rectangular in form but with rounded edges that soften the appearance.  Each part of the Super Nintendo’s casing is a muted shade of grey and this is then highlighted with the face buttons of the controller and the Famicon logo in the corner which decorates the hardware with a splash of colour.  The design of the console was conceived nearly thirty years and yet it has barely aged a day.

I think the Super Nintendo is a superior design to any modern day console on the market except for maybe the Nintendo Switch, which itself is heavily indebted to the SNES in its appearance.

The Classic Mini version simply shrinks the size of the system down to a fraction of what the original was.  It mimmicks the cartridge slot and controller ports of the system to heighten the sense of authenticity.  The fake controller ports are actually a lid that flips up to reveal the real ports for the gamepads themselves.

Best I can tell, the SNES Classic Mini controllers are identical to the original Super Nintendo controllers in both size and feel.  The controller cable length is a tad short but not unworkable.  If you want to go the wireless option, 8BITDO sell some pretty good third party controllers that do exactly that.

The elegant and ergonomic design of the SNES controllers make them a pleasure to use.  The Super Nintendo is one of the most influential game controllers ever conceived having popularised the four button ‘diamond’ layout for the front-facing buttons as well as incorporating the shoulder buttons for the first time in a home system.  It still plays like a dream. 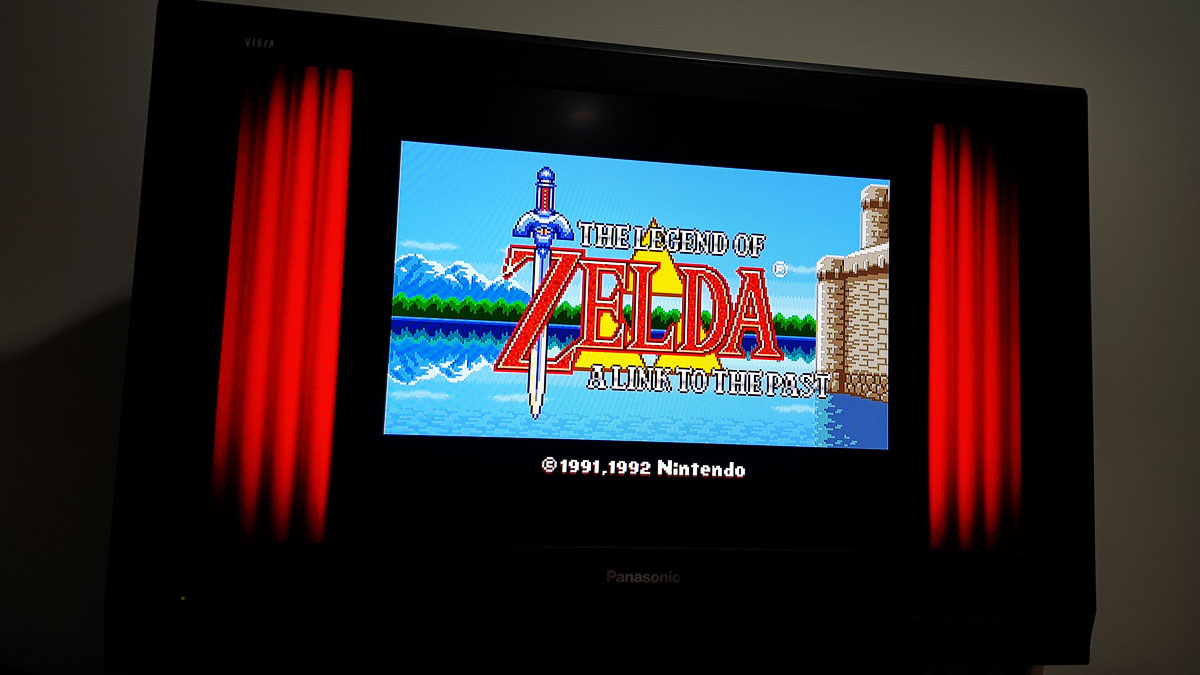 The operating system for the SNES is a tidy, minimalist and easy to learn how to navigate.  It works on a carousel system where you rotate between the 21 games.  A system settings menu lets you customize the border/background of the console (as every game is 4:3 ratio) as well as giving you some options on how you’d like the game to appear (pixel perfect, scan lines etc).

The SNES Mini Classic does come with a handy couple of extra features that heighten the gameplay experience.  Firstly, you can run up to three save states which means you can save your progress anywhere you like in any game.  Secondly, you can also rewind up to 30 seconds in any game at any time which is also an invaluable aid for some of the more challenging games on the system (I’m looking at you Super Ghouls and Ghosts).

As for the library of games itself, Nintendo have delivered a killer line up spanning a variety of genres and covering close to every must have title ever released on the system.

That is one hell of a catalogue of games.  At least half of these games hold up to modern gameplay standards and there are a handful (Super Mario World, Legend of Zelda, Final Fantasy VI, Super Mario RPG) which are still amongst the best games ever made in their respective genres.

Better still, the Super Nintendo Classic Mini is able to be modded very easily and so any glaring omissions can be corrected by any resourceful gamer who has 30 spare minutes.

For my money, this is the ten best games not currently on the device, which are some of my personal favourites from the Super Nintendo library: 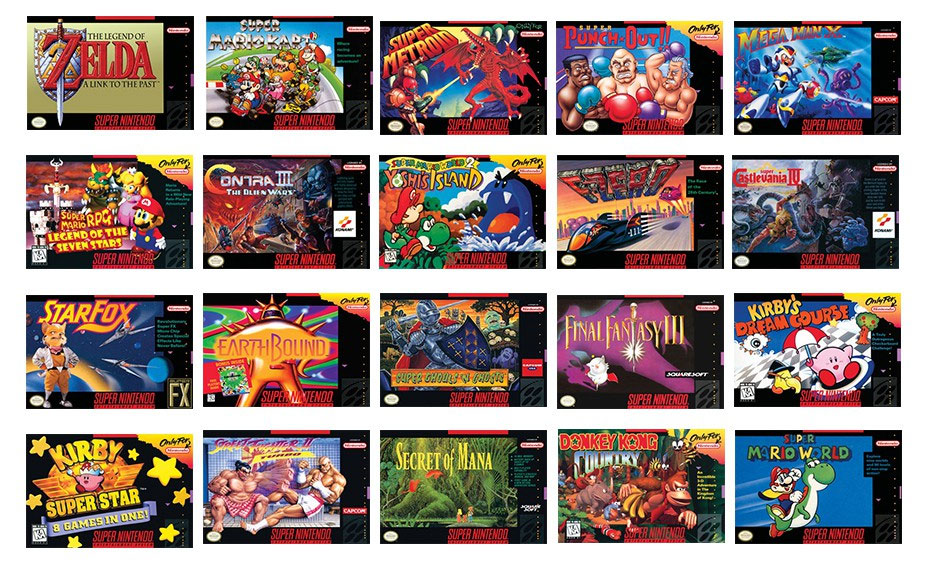 In summary, Nintendo have released a reasonably priced miniature replica of their greatest ever games system.  It has a library of 21 games (including Star Fox 2 which was never officially released!) and is a system that is easy to hook up and play anywhere and is easily modded to add any games you might be missing.

It’s basically the greatest thing since sliced bread.  The perfect, peerless retro video game console.  The standard by which all others will be measured.

(Please let there be others.  Specifically a Sega Saturn Mini Classic and a Dreamcast Mini Classic)