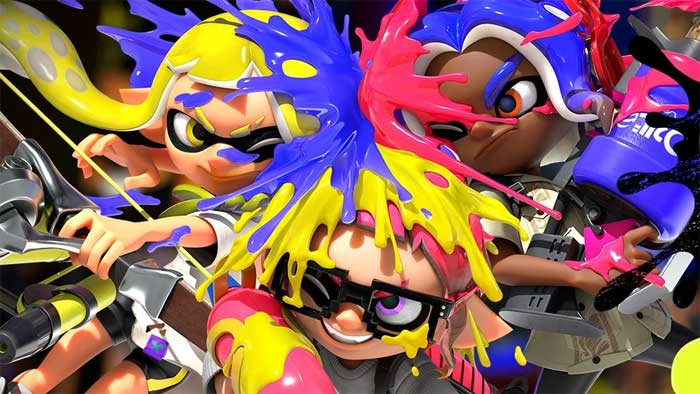 As an owner of the Wii U, Nintendo’s most unpopular games console in the modern era, it was a common refrain to hear from other owners that a Wii U game would be great but “…it’s a shame it won’t find a wider audience.”

It was a label you could apply at the time of The Wonderful 101, Pikmin 3, Captain Toad, Nintendo Land and of course, Splatoon.

Seven years after the launch of the original game, it’s safe to say that Splatoon found its audience.

Splatoon 3 is a polished and incremental upgrade to the previous two iterations of the game.  At its core, the nuts and bolts of Splatoon 3 are very much the same as its predecessors.  For the uninitiated, this is a colourful and charming online shooter as imagined through the distinctive lens of Nintendo.  In the regular battle mode – known as Turf War – two teams of four inklings team up to cover a map in as much ink representing their team’s colour as they can in a three minute time limit.  This inking mechanic means that even a player who typically isn’t adept at other more conventional online shooters can make a meaningful (arguably more telling) contribution to their team by focusing on splatting the map in their colours.

Splatoon 3 is a robust new iteration of the game which also includes a new card collecting game called Tableturf Battle as well as the returning PvE mode Salmon Run.  The game feels spoiled for content with a dozen maps available at launch, an incredible 55 weapon varieties and oodles of ways to customize your experience to make the game your own.  As you play Splatoon 3 and accumulate the in-game currency, you can customize your player handle, your “splashtag”, clothing, accessories, stickers and knick-knacks for your locker and even buy food from a cafeteria which doles out perks for your inklings. 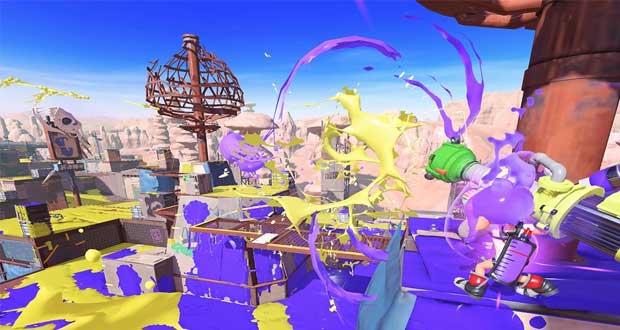 Although I wouldn’t say there are any surprising new inclusions to Splatoon 3, I think what I appreciate about the game is that it does everything it sets out too extremely well and with minimum hiccups.  For an online game – something that is universally acknowledged not to be Nintendo’s strong suit – I find this to be particularly pleasing.  Match-making is a breeze.  Connecting to a Turf War take only a handful of seconds and the in-game algorithm for finding opponents of a similar skillset is very reliable.  It’s great to see frequent themed events, known as Splatfests, give players extra incentive to fire up the game.  Best of all, the game appears to be well supported with a new season of extra content including a new map and more weapons, already announced for the near future.

The first Splatoon game arrived in 2015 and sold just under five million units.  Splatoon 3 has already surpassed those numbers since its launch a few weeks back.  The game has notably become a hit phenomenon in Japan where it broke sales records and achieved a mind-boggling milestone of being nearly 70% of every game sold in the month of September.  Just desserts for a game with such a fun vibe, a killer aesthetic, a banging soundtrack and an addictive “just one more go” gameplay loop.

Nintendo’s popular online-shooter returns with its best iteration yet.

Summary : Bigger and better. Splatoon 3 is an iterative new version of its popular shooter but the formula still feels fresh.