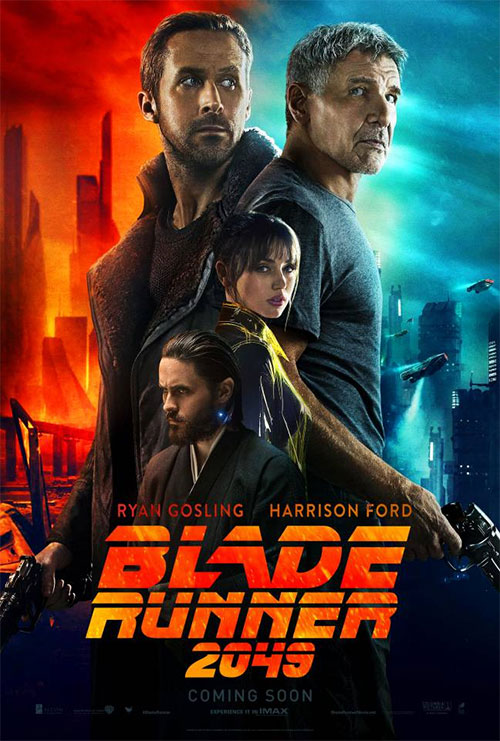 Making a sequel to the seminal science fiction classic Blade Runner [1982] feels like the best and worst of ideas.  On one hand, it seems like a terrible proposition because in this age of remakes, reboots and sequels, it feels like hardly any of these projects works out the way you want them to or come close to matching the quality of the originals.

On the other hand, in the year 2017, it feels like the themes explored in the original Blade Runner, both politically and technologically, have never been more relevant.  And if you’re going to do a new Blade Runner, what better person to have at the helm than Denis Villeneuve who not only has a spotless record with the catalogue of films he has directed (Sicario, Prisoners, Incendies etc), he most recently produced one of the most interesting contemporary science fiction films since Contact, with last year’s Arrival.

In Blade Runner 2049, Ryan Gosling plays K, a replicant blade runner for works for the LAPD and retires older model replicants who are out in the wild.  Unlike Rick Deckard in the original film, K is entirely aware of the nature of his existence.  How could he not?  When he returns from a successful bounty to the LAPD headquarters, he is greeted by a colleague who shoulder-checks him on purpose and calls him a ‘skin job’.  In the 30 years that have passed since Blade Runner, the plight of replicants has not improved.  Despite their human appearance and sophisticated AI which gives them emotions, personalities and memories, they are treated as commodities by the humans.  They are there to be used and then dispensed with once they outlive their purpose. 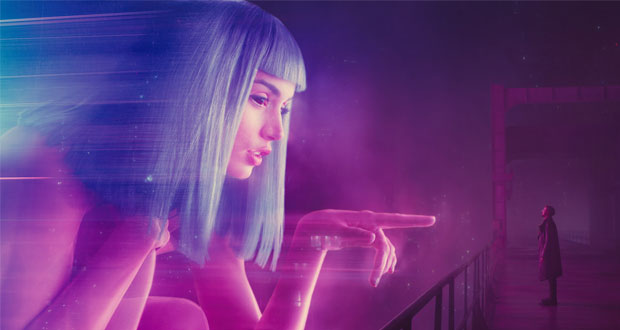 K lives an empty existence where he struggles to find meaning in his life or any emotional connection with another person.  He spends his evenings with Joi, a holographic girlfriend simulator.  K goes to some lengths to make Joi feel more real (specifically, more tangible) but even when he begins to think he is approaching something that compares to a real human connection, he is interrupted by a phone call which causes Joi to freeze on the spot, cruelly reminding him of her true nature.

The story kicks off in earnest when K discovers a buried locker box, which contains the remains of a replicant female who appears to have died from complications resulting from an emergency c-section.  This revelation disturbs all who are party to the information.  K’s superior, Detective Joshi, is uncomfortable with the ramifications of replicants being capable of conception and orders K to ‘retire’ the child and destroy all evidence relating to the case.  K meanwhile finds himself second guessing whether he can bring himself to complete his orders.  What difference is there between a replicant and a human if the replicant is conceived rather than created?

K’s mission to uncover and retire the naturally born replicant takes him down a road where he crosses paths with Rick Deckard (Harrison Ford reprising his role from 35 years ago) as well as the henchmen of the Wallace Corporation, the new incarnation of the replicant-manufacturing Tyrell Corporation from the original film.

There’s a lot to absorb with Blade Runner 2049.  It is a worthy successor to the original film and an improbable success.  The film looks absolutely exquisite and perhaps this is finally, finally, the film to land cinematographer Roger Deakins his long awaited Oscar.  The look and feel of the film deftly manages to look authentic and true to the aesthetics of the 1982 original, whilst also leveraging every ounce of modern digital effects to create a convincing and memorable near-future LA.  There are so many little details to absorb in each environment to reward anyone who gives this film another viewing.

Gosling is terrific as K.  True to the film’s neo-noir heritage, he is called upon to do a lot of brooding and staring off into the middle distance in an introspective fashion.  I think K is the type of character best served by someone who can play the part with a subtle hand and Gosling does exactly that.  There are a couple of scenes that call for an emotional outburst but for most of the film, he’s mostly communicating to us via his body language and his eyes.

The supporting cast in Blade Runner 2049 is also outstanding.  If anything, they’re so good you’re probably going to be left wanting more.  Robin Wright, Ana de Armas and Sylvia Hoeks all turn in outstanding performances that left me wanting more.

And yet, if I have a gripe about Blade Runner 2049, I do feel as though the film is frustratingly ponderous in its pacing.  I don’t feel like I object to a long running time in principle.  I count Lawrence of Arabia and Seven Samurai amongst my favourite films and both clock in near the four hour mark.  Blade Runner 2049 weighs in at a hefty 2hrs 40min and at times it feels like its moving through treacle.  There are fight scenes that go for a minute or two too long.  Flashbacks that communicate their purpose in two minutes but somehow end up running for five.  As far as I know, Blood Simple is the only film in history to have a director’s cut that is shorter that the theatrical release.  I wouldn’t mind an updated version of Blade Runner 2049 that shaved about half an hour off the running time.  I swear it would make a world of difference.

But Blade Runner 2049‘s pacing issues don’t outweigh the overall positives of this film.  It looks magnificent.  It tells a great story.  Denis Villeneuve smartly captures the look and themes of the original sci-fi classic whilst injecting the sequel with his own interesting ideas and characters.  It seemed like an impossible task but Villeneuve has delivered a worthy successor to Ridley Scott’s neo-noir opus.

A young blade runner’s discovery of a long-buried secret leads him to track down former blade runner Rick Deckard, who’s been missing for thirty years.

Summary : Against all odds, a worthy successor to the original film. The pacing bogs the film down at times but there is so much to enjoy here. 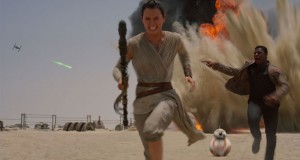 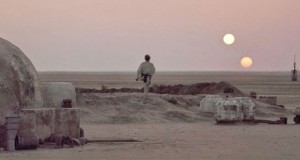