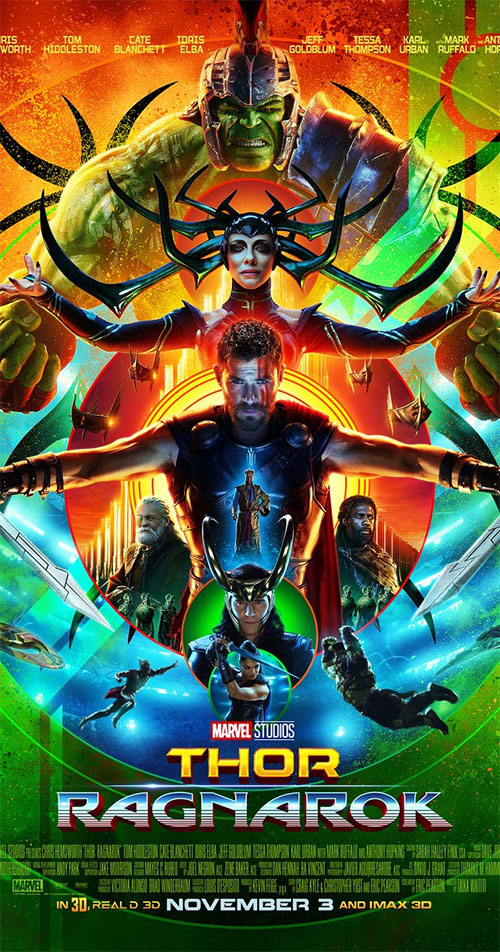 Super hero films in 2017 have been pretty, pretty good.

Fox Studios made one of the most interesting X-men movies to date when they turned Logan into a Western with mutants.  DC finally landed themselves the positive word-of-mouth they were looking for when Patty Jenkins and Gal Gadot hit it out of the park with Wonder Woman.  And now Marvel should have every reason to be pleased with how Thor Ragnarok has turned out.

When it comes to the Avengers movies, it is reasonable to expect some pretty major franchise fatigue to be setting in at this point.  But by bringing on board Kiwi director Taika Waititi (Boy, What They Do In The Shadows, Hunt for the Wilder People), Marvel Studios have a new Thor movie on their hands that feels fresh, energetic and full of laughs. 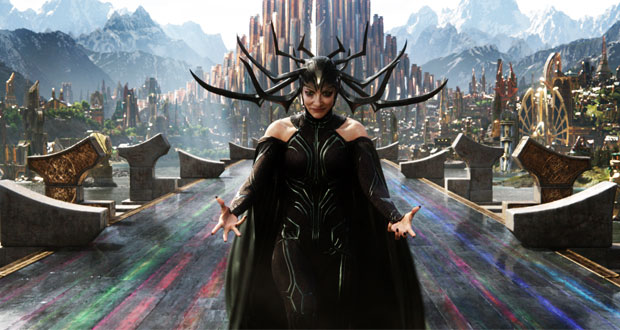 In Thor Ragnarok, the thunder god Thor defeats the fire demon Sufur and unwittingly sets in motion a chain of events that leads to Ragnarok – the prophesized destruction of Thor’s home planet of Azgard.  To complicate matters further, Thor also has to negotiate some additional challenges which include:  his father Odin’s abrupt death, his brother Loki’s unexpected return from the dead, his all-powerful and unstoppable older sister Hela’s plan to rule Azgard, the unexplained disappearance of his ally Heimdall, not to mention his sudden banishment to the planet Sakarr when he is forced into gladiatorial combat by the mad ruler Grandmaster.

Safe to say, Thor’s having a bad day.

The key to Thor Ragnarok‘s success is that the film retains the distinctive flourishes and unique sensibilities of a Taiki Waititi film.

It hasn’t always been this way with Marvel Studios.  Most notably, Joss Whedon, a film maker with his own readily identifiable style, appeared to have the Marvel juggernaut get the best of him with Avengers: Age of Ultron, which was a loud, messy and unfocused film that didn’t really feel like a film that reflected the talents and voice of its creator.

Thor Ragnarok on the other hand, feels exactly like a major Hollywood studio gave a quirky director from New Zealand a shot at making his own super hero movie.  And the results are fantastic.  Thor himself is reinvented from being a semi-serious demigod who speaks Shakespearean English to now an exuberant, sharp-witted hero who has an infectious enthusiasm for whatever he comes up against.  The supporting cast is ludicrous.  Jeff Goldblum plays the Grandmaster as some sort of unholy cosmic amalgamation of The Dude from The Big Lebowski and a blood thirsty Roman general.  Cate Blanchett looks incredible as an ass-kicking goddess of Death who dons tights and has antlers (?) on her head.

But stealing the show is Taika Waititi himself as the gladiatorial administrator and revolutionary-in-the-making Korg.  Korg has the appearance of an armoured blue alien made from rocks but he is voiced as a deadpan Maori comic.  Basically Waititi just interjected himself into the film.  And in the screening session I attended, he damn near brought the house down with his dry one-liners.  “Piss off, ghosts!” seems destined to be the one-liner that this film is remembered for. 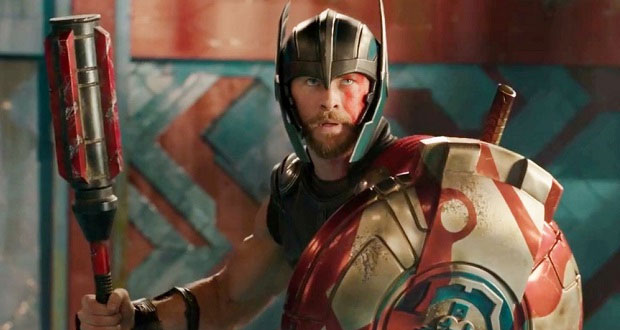 Bright, colourful, funny and unmistakably a Kiwi super hero movie in spirit, Taika Waititi’s Thor Ragnarok is the most fun I’ve had with a Marvel movie in ages.

Summary : One of the most personable Marvel super hero films to date. Thor Ragnarok has Taika Waititi's unmistakable fingerprints all over it.