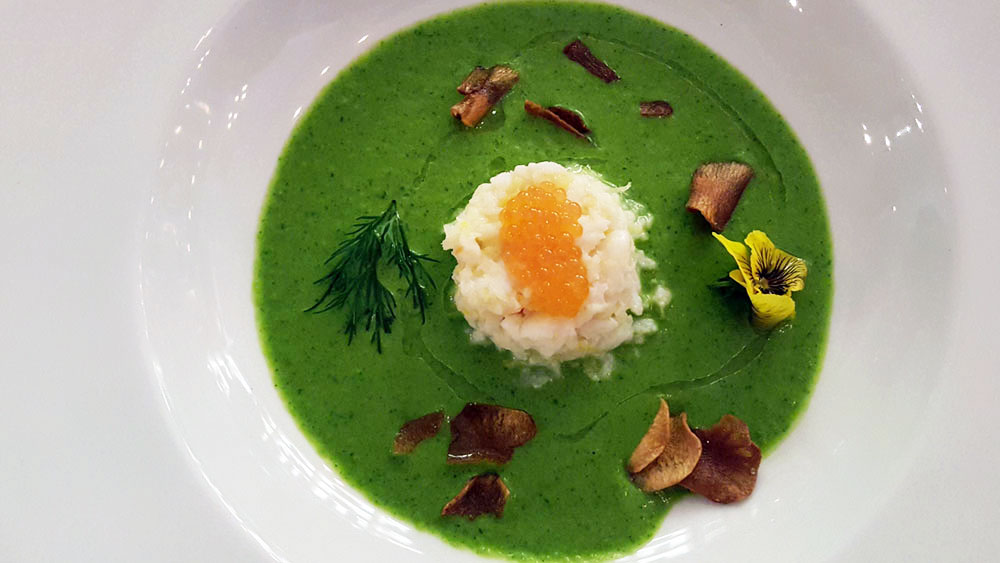 It’s been a good year for wining and dining in the Inoue household.

In 2015 we had the good fortune to try out a number of outstanding restaurants, including some old favourites in Brisbane (Urbane, 85 Miskin St, Il Centro) and some places we’ve never tried before in Melbourne (Attica, Cutler & Co).  I always feel as though we’re ridiculously spoiled in Australia when it comes to choices for dining out.  There’s a seemingly endless array of talented chefs in Australia who are turning heads with their skill and creativity.  None more so than Kiwi chef Ben Shewry whose restaurant Attica was listed amongst the San Pellegrino 50 Best Restaurants In The World.  It was hands down my favourite restaurant experience of the year.

In Brisbane, American influenced cuisine continued to be one of the most popular dining trends and subsequently I ended up eating a lot of burgers this year as I tried to get to each and every trendy new burger joint that popped up in town.  Which one is the best?  I don’t know that there’s a clear winner.  I think Hello Harry on the Sunshine Coast might be my pick.

One of my favourite developments in our city is the recent addition of several Malaysian restaurants and cafes.  Anyone who knows my background knows how much I love South East Asian food.  That social melting pot of Malay, Chinese and Indian cuisine has produced some of my favourite dishes I’ve ever had.  For me, it doesn’t get any better than laksas, nasi lemak, beef rendang or a perfectly made roti chanai.  The food being produced at some of these new Malaysian restaurants in Brisbane are coming tantalizingly close to how I remember them tasting during my time in Brunei and Malaysia.  This makes me very, very happy. 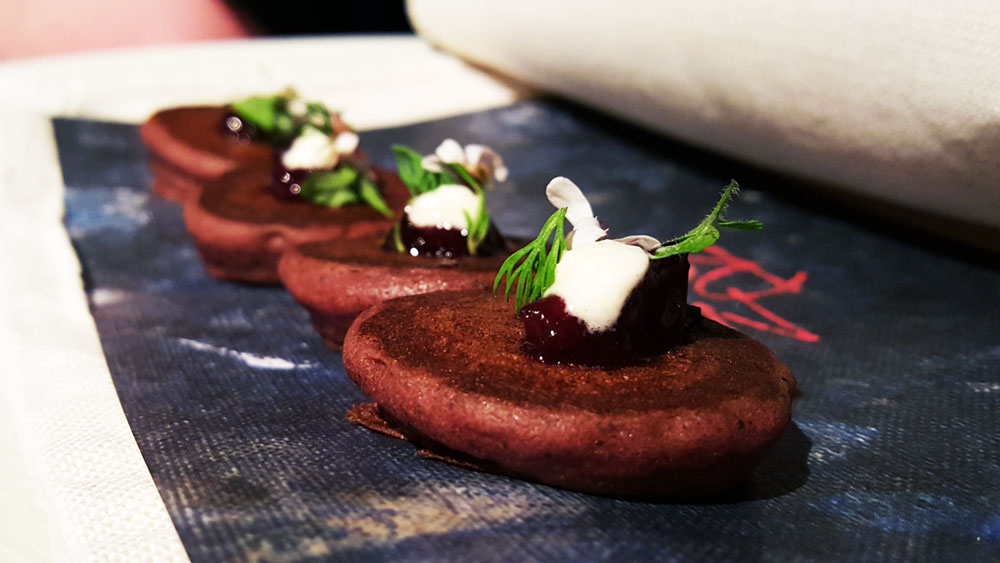 This ‘snack’ course from Attica was super light and fluffy and had a flavour that belied its tiny portion size.  The fresh cream and jam complimented it perfectly.  Very moreish. 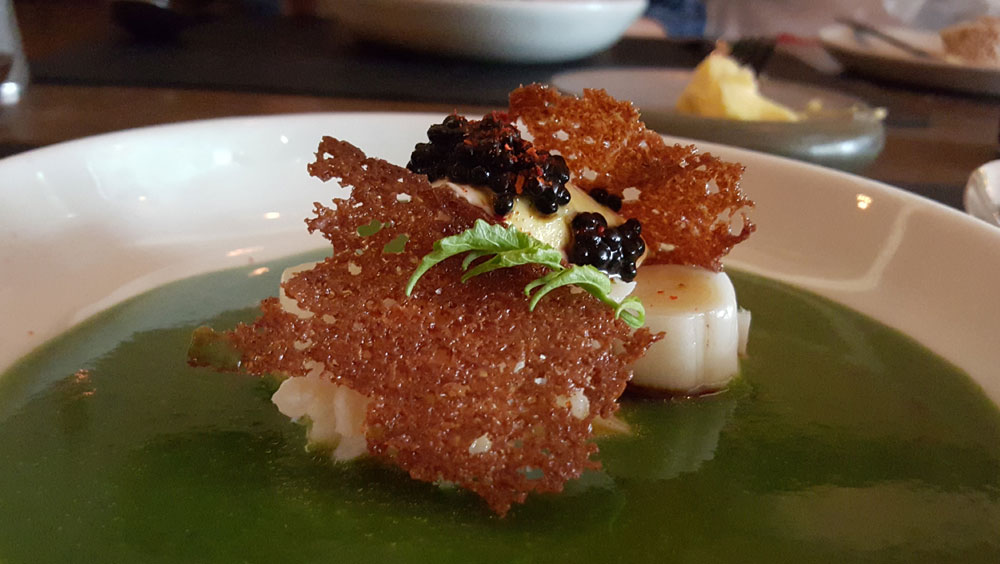 I love me some spanner crab and when its done right and served fresh like this, it doesn’t get much better.  This dish was the perfect symphony of flavours and textures. 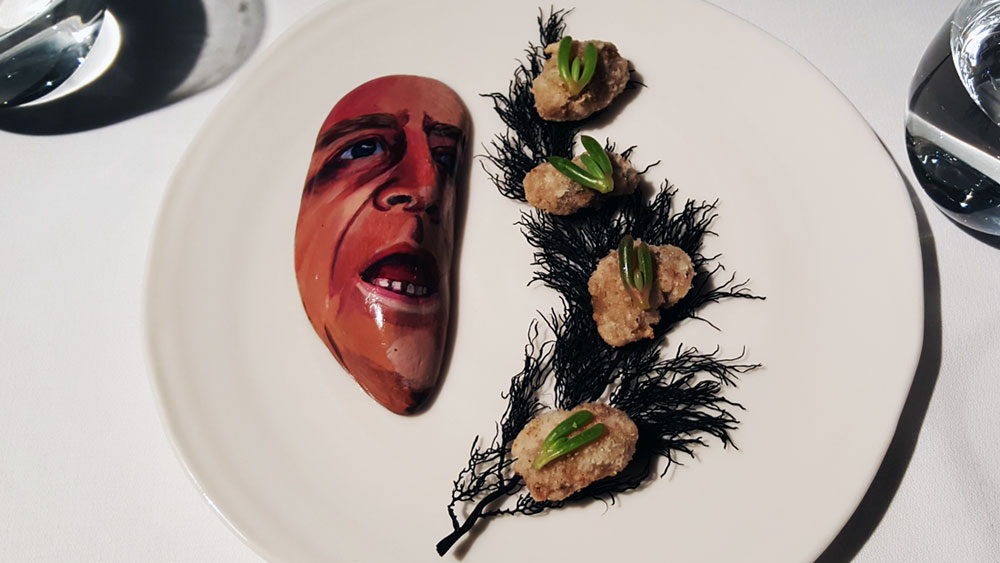 Admittedly, I’m choosing this course partly because it was the most memorably plated meal I’ve had this year but even so, these deep fried mussels delivered crunchy, starchy goodness that I really enjoyed. 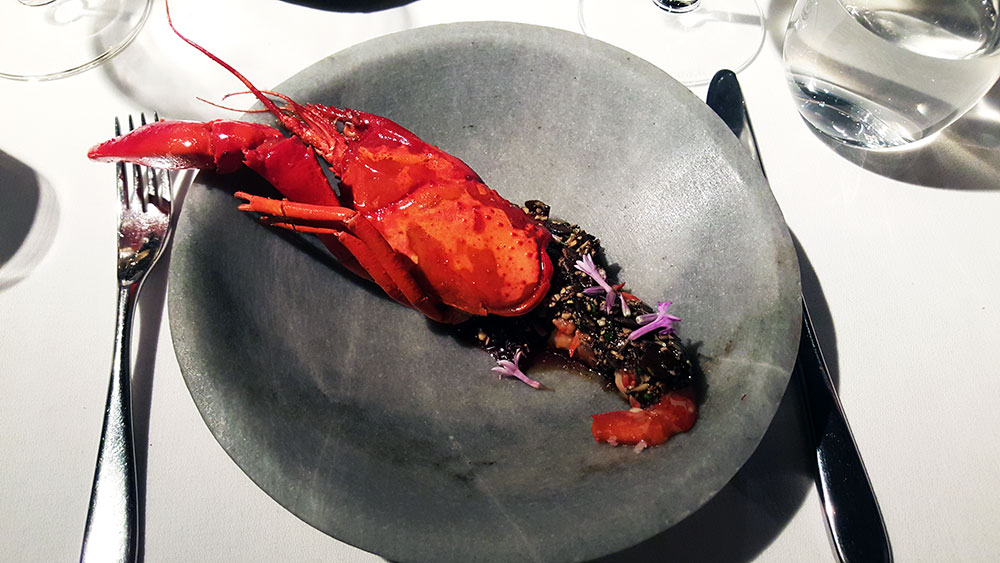 Marron with with sweet and sour pumpkin seeds
Attica, Melbourne

Oh man.  I can still remember the rich, buttery flavours of this marron.  It was devine.  The sweet and sour pumpkin seeds were a creative and welcome compliment.  Looks amazing, tastes even better. 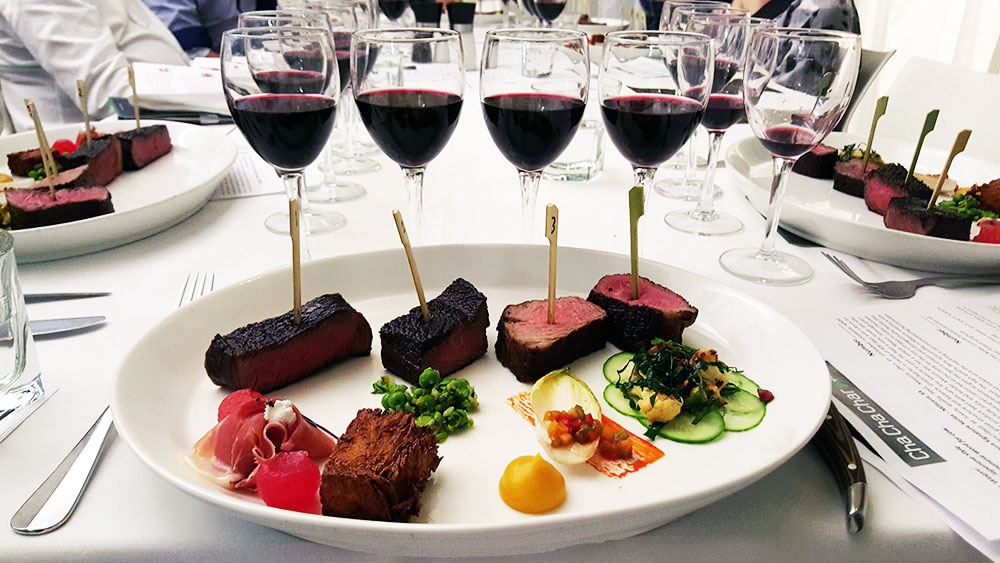 I had the good fortune of attending a beef tasting at Cha Cha Char this year and this was the main course.  Four award-winning, prime cuts of beef from right around Australia including the number one ranked Jack’s Creek.  It took me to a happy place and the generous selection of accompanying wines kept me on Cloud Nine.  By far the most extravagant dish from 2015 for me. 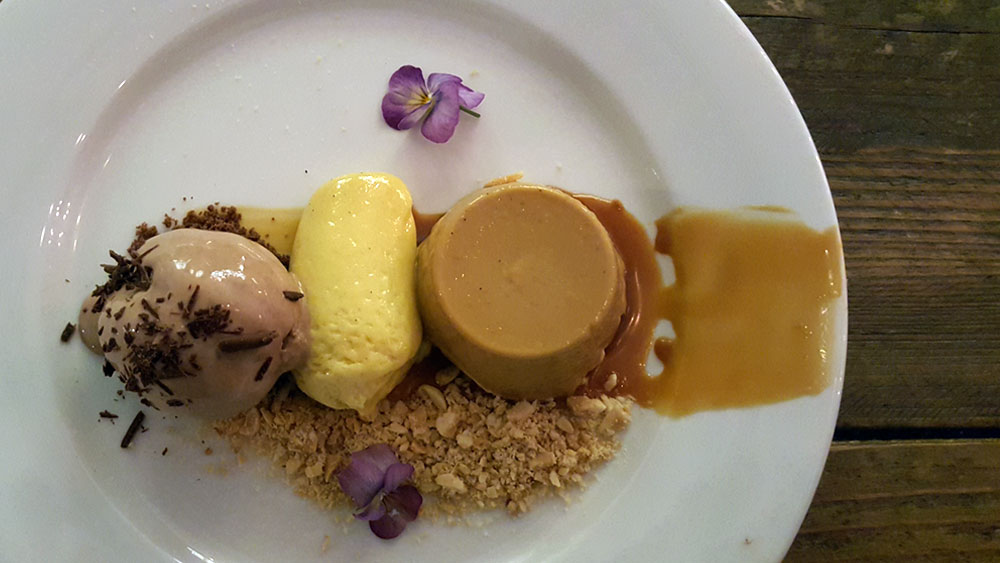 I attended a wine dinner at Spring Food and Wine earlier this year and although Spring is not especially well known for their evening meals, it turned out to be one of my favourites.  The head chef, Raymond Offler, who designed the menu was just 23 years old and this was his first wine dinner.  The deconstructed Snickers bar – a sweet and decadent mash up of ice cream and caramel – was a terrific way to finish the night. 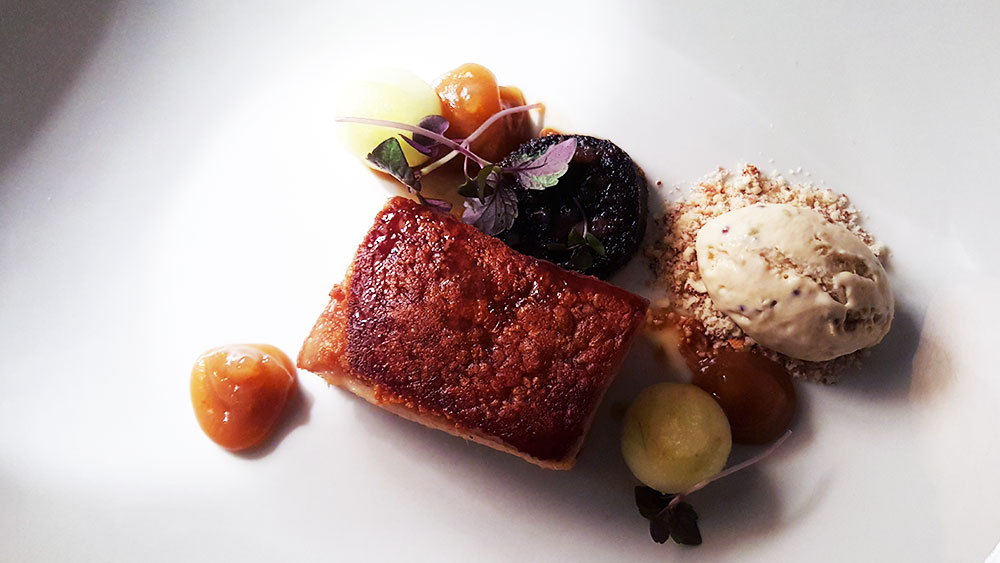 85 Miskin St‘s Brent Farrell celebrated his restaurant’s tenth year in 2015 and he remains as bold and creative as ever.  Who else is game to plate pork belly, ice cream and black pudding together?  It sounds preposterous but it absolutely works. 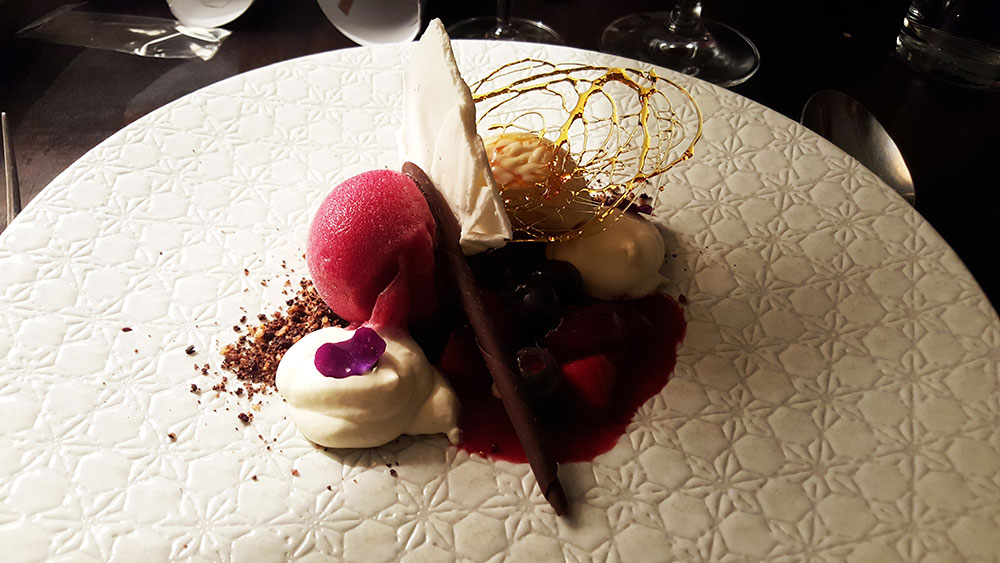 Brent Farrell’s Fresh berries, sorbet and meringue course was one of my favourite dessert courses of the year.  Beautifully plated and a delightful sweet treat. 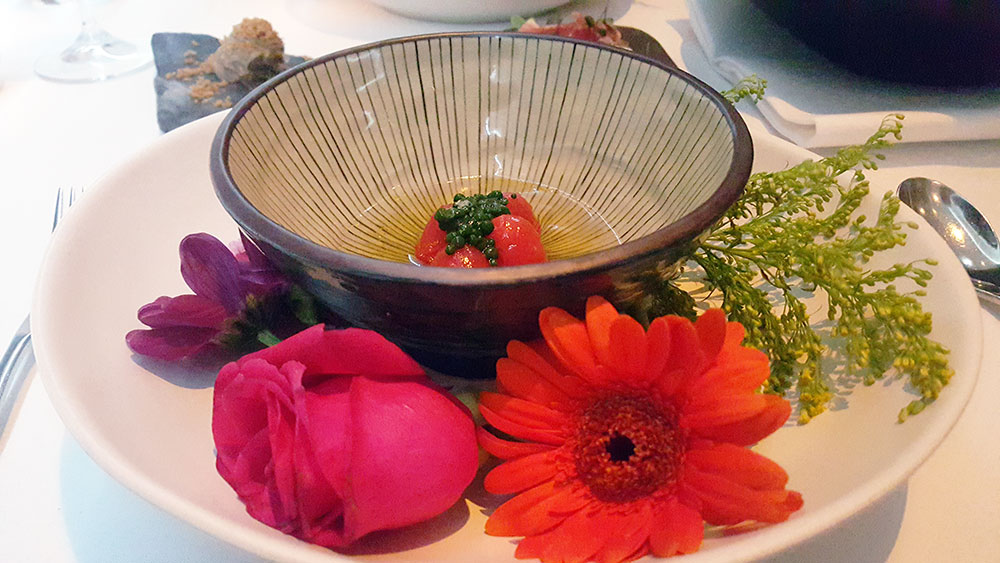 When this course was presented to us at our anniversary dinner at Urbane, the maitre’d explained that each day an army of kitchen staff including the executive chef spend time hand peeling a hundred of these tomatoes for this dish.  The flowers are brought in fresh each day too.  It sounds like a real labour of love but thankfully the end result is worth it.  A beautiful, fresh and zesty consomme that was one of my favourite courses that night. 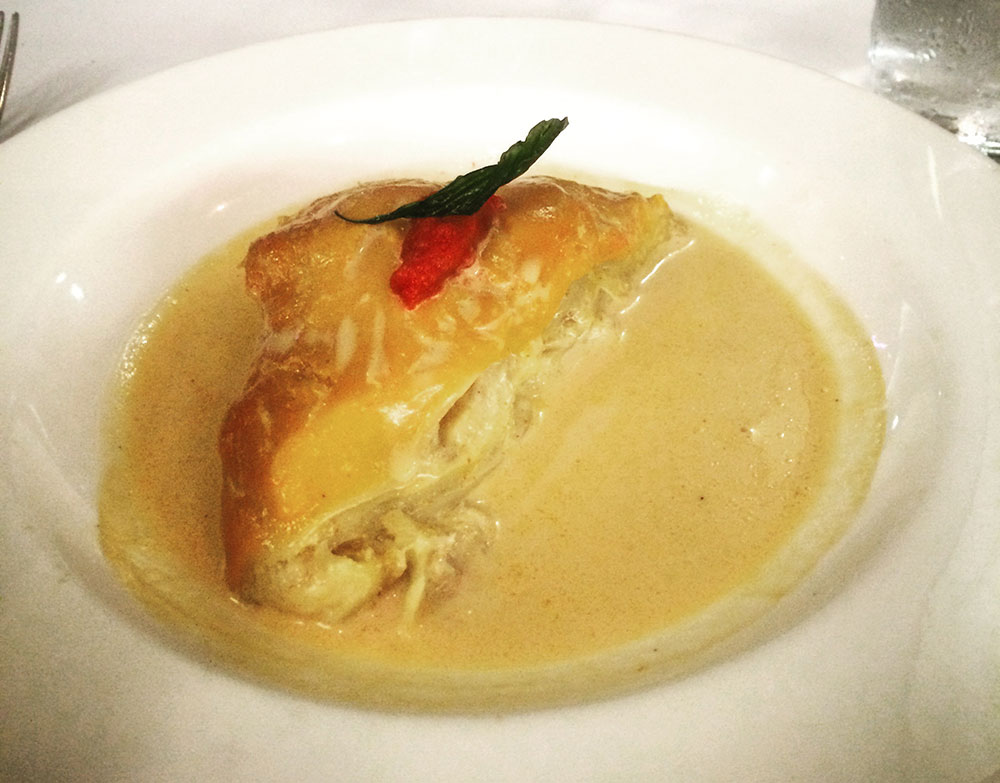 I took about five million photos of this stupid sandcrab lasagne when it was served in front of me (yes, I’m that guy).  It’s impossible to take an aesthetically pleasing photo of this thing, although I appreciate the tiny bit of garnish to give the dish some colour.  Doing a Google Image Search of ‘Il Centro sandcrab lasagne’ only prooves my point.  It is an unphotographable dish.  And yet it is has been the signature dish at Il Centro since time immemorial and I had no regrets revisting this old favourite in May.  It tastes as good as I remember.  Succulent, creamy, heavenly. 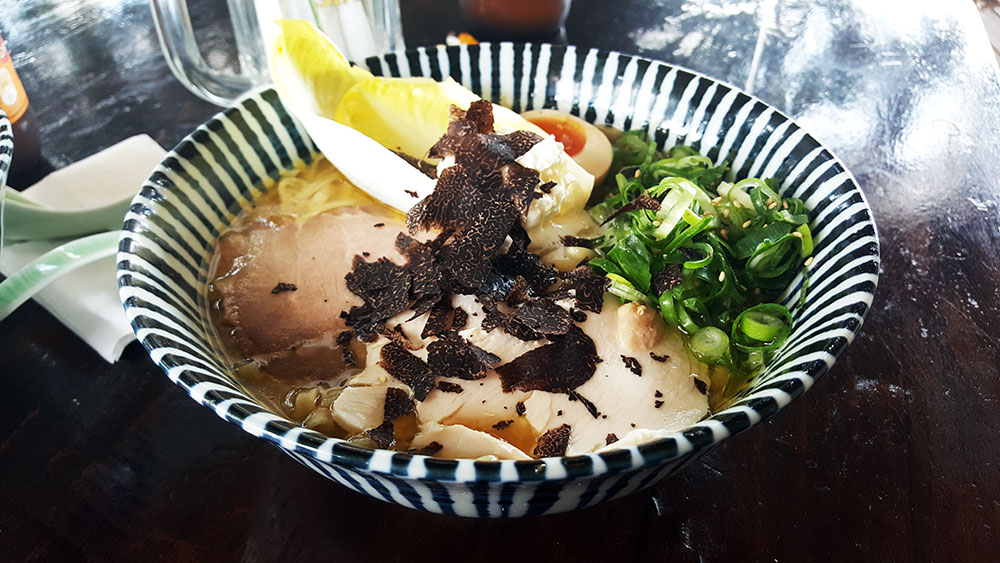 Everyone knows the best ramen in Brisbane is served at Taro’s.  The broth is prepared overnight to ensure it has the maximum amount of flavour and he sources his bangalow pork from the same supplier as Aria so you know its quality.  In the last couple of years, not only has Taro added a second location in Ascot, he’s has begun serving truffle ramen when its in season which is as amazing as you would imagine it to be.  During off-season, the Red Tonkotsu is still the best.  But you owe it to yourself to try the truffle ramen at least once. 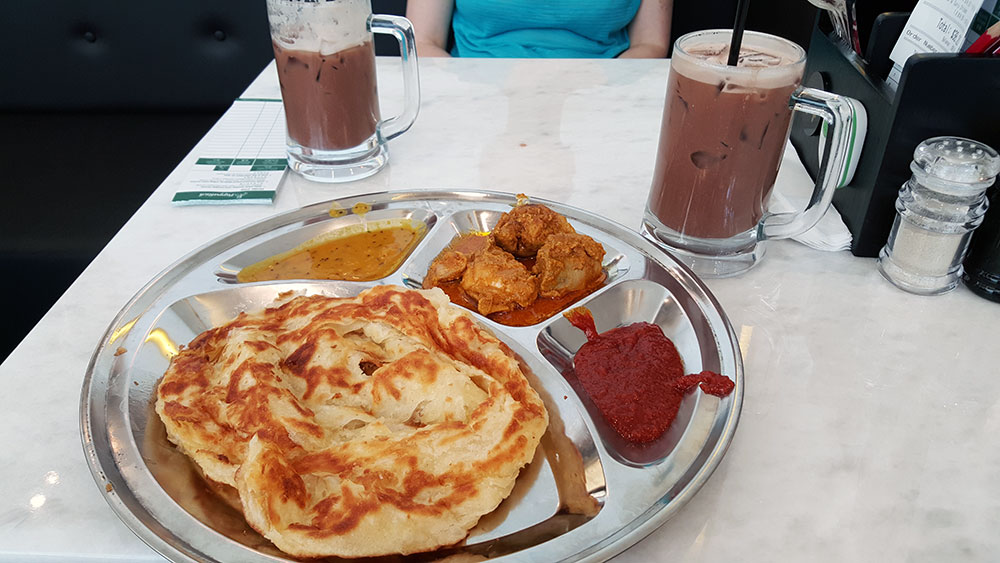 The best cheap eats and comfort food in Malaysia and Brunei is roti chanai.  It typically costs about two or three bucks and comes on a metal dish like this with some chicken curry and dahl.  The roti chanai at Pappa Rich in Brisbane costs about fifteen bucks.  But otherwise, its actually a damn fine facsimile of the beloved roti I would get in Kota Kinabalu and Gadong.  The roti is light and super fluffy with a few flakes of crispiness.  The chicken curry is mild, tender and authentic in flavour.  This is it.  Good quality roti has arrived in Brisbane.  We’ve finally made it. 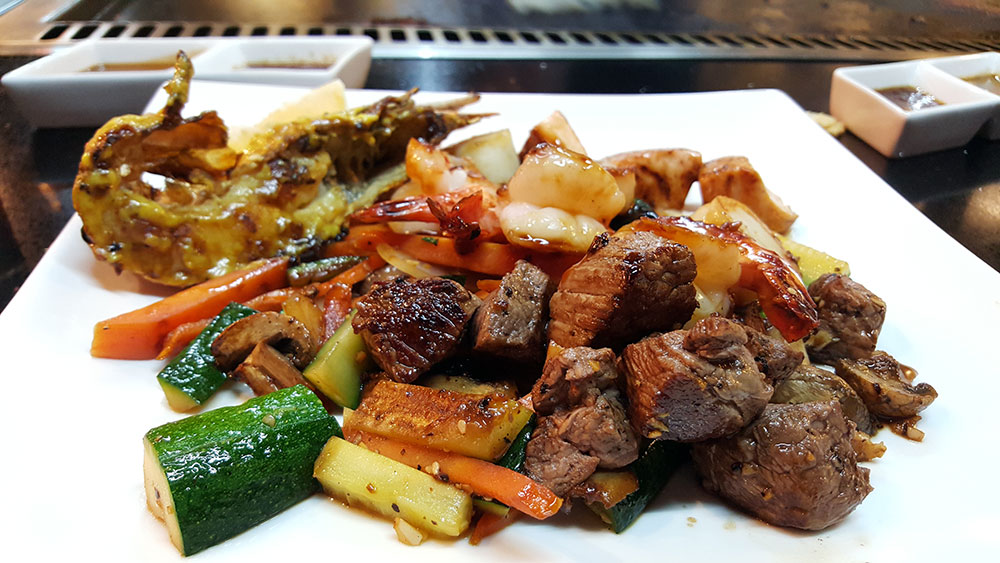 The team behind Saiko Teppanyaki plied their trade for a number of years in the Gold Coast before arriving at the Emporium dining precinct in Brisbane in October.  The chefs are a happy go lucky bunch and like the best kind of teppanyaki places, they can put on a great show, slicing up food and throwing it around the restaurant in entertaining, cavalier fashion.  Their seafood and meat platters taste pretty great too.  One of my favourite new restaurants of 2015. 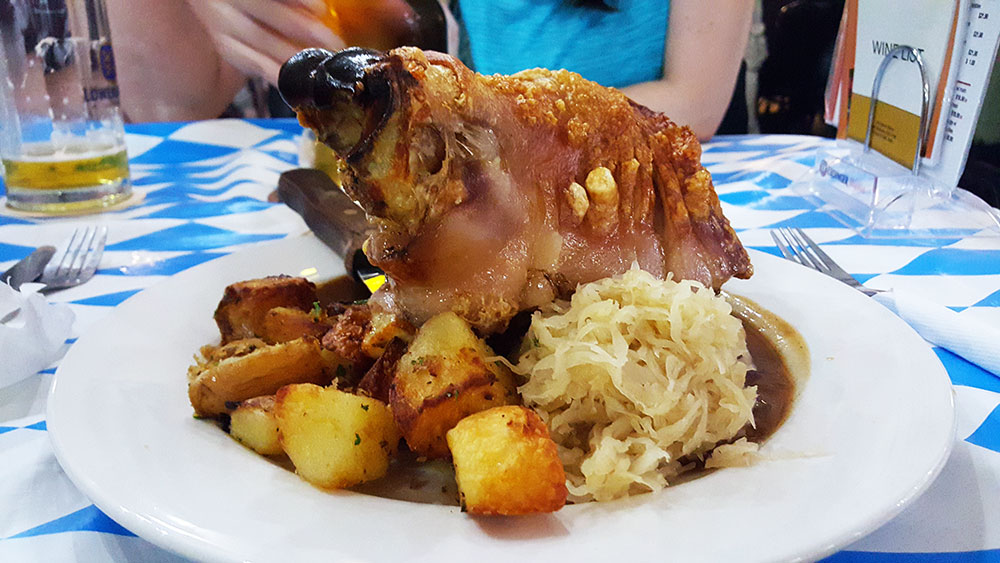 Just look at this bad boy.  Look at it!  This glorious meaty gift from the Gods probably took five years off my life but I don’t regret a thing.  I washed it down with a couple of steins of German ale.  Ah-mazing.

A quick scan of my photos on my phone tell me that I had roughly twenty burgers in 2015 and somehow I didn’t end up eating at the same place twice.  That’s how many boutique burger joints have popped up in Brisbane.  Everyone has their favourites – Ben’s Burgers, Chur Burger, Miss Kay’s, Da Burger – you name it.  For me, I think the pulled pork burger at Hello Harrys on the Sunshine Coast was my #1.  Fortunately, theres a new one opening up in Brisbane in 2016 so I won’t have to travel quite so far to get another one. 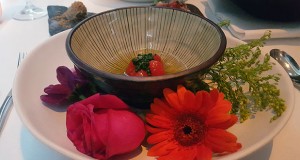 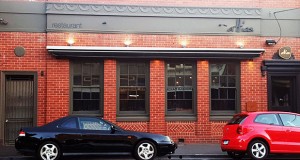 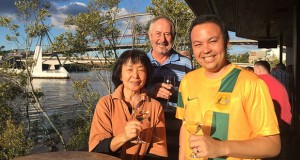