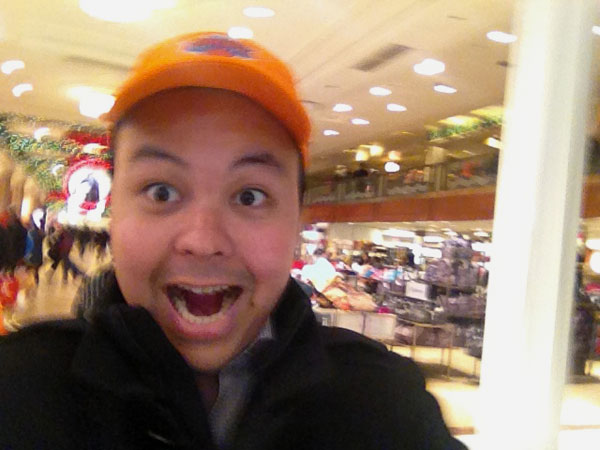 We had high hopes and a million plans for New York.  It was the longest leg of our American holiday and it was our most anticipated destination.  We planned and we crammed our itinerary with so many things to do.  I certainly enjoyed my trip to America enough to want to revisit the country in the future but we lived it up in New York City like we would never get another chance to visit.

In our seven day stay we visited the Museum of Modern Art, attended a tv taping of The Colbert Report, went up the Empire State Building, ate soul food in Harlem, visited the Statue of Liberty, watched three shows on Broadway, haggled with a Jewish jeweler,  ate hotdogs with drunk college kids in the East Village, watched the Knicks play at Madison Square Garden, went Christmas shopping at midnight, drank whiskey from Brooklyn, went to a wrestling show, ate at three 3-star Michelin restaurants, saw the T-Rex at the Natural History Museum and ate and shopped unrelentingly and indiscriminately. 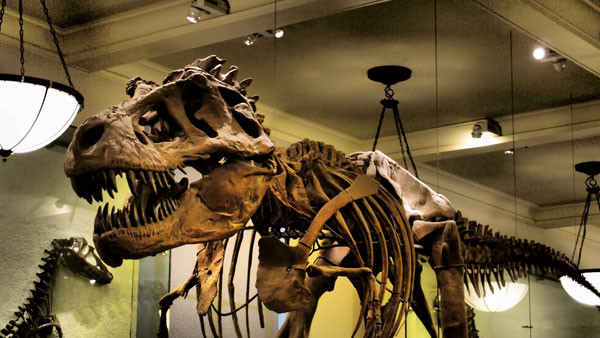 The T-Rex at the Natural History Museum

I’ve never lived in a city as big as a Paris, London or New York.  I don’t really know how people do it.  I could be earning $500,000 a year and I would be broke.  These cities are so large and so full of life that there never seems to be enough hours in the day to take it all in.  I’m typically a relaxed holidaymaker by nature but how can you when you’re in New York?  For all the memorable experiences we had in this city there was a dozen more things we didn’t get to do.  We didn’t see Central Park.  We didn’t get to visit the Guggenheim.  We didn’t get to have dinner at Brooklyn Fare.  I need to go back.

Tokyo isn’t as expensive as its reputation suggests, we saw plenty of sunny weather in Edinburgh on our last holiday and New Yorkers aren’t nearly as rude as what they’re made out to be.  In fact, I found them to be downright hospitable.  Like everywhere else we visited in America, the locals were happy to chat to us and seemed to regard us with the same curiosity that we had of them.  It wasn’t uncommon for people in diners to introduce themselves and ask us where we were from.  And I’ll be forever grateful to the woman who sat next to me at the Knicks game who patiently explained the nuances of the game to me.  I’ve since become a fan of the sport. 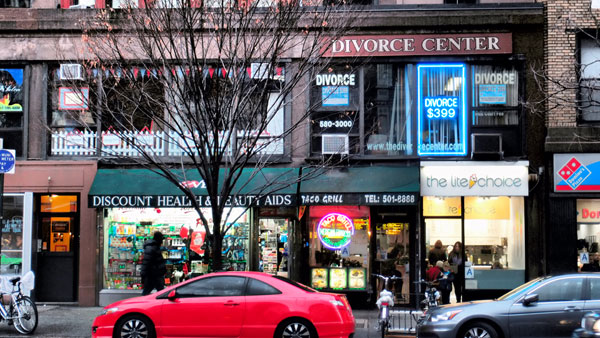 Divorce – only $399! And get a Dominos pizza while you wait!

There are definitely rules for getting around New York which is where I think the city gets its reputation from.  It’s important you follow the correct etiquette for hailing taxis, don’t disrupt the flow of traffic in the subway and don’t shortchange anybody their tip.  That’s about it though, really.  It’s mostly common sense stuff.  Don’t get in people’s way and you don’t get yelled at.  Simple. 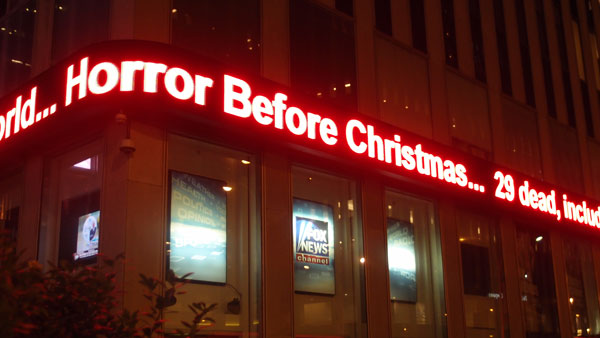 I can definitely recommend visiting New York in December.  It was cold but not ridiculously so.  Snow is uncommon in December.  Instead you get that brisk chill that perfectly suits the lights and festivities of Christmas time.  Certainly for Jen and I, it makes a nice change from Brisbane’s sparse decorations and balmy 40 degree heatwaves that accompany our typical Christmas season.  There’s nothing quite like going for a stroll in the morning and then warming yourself up with a coffee and bagel in a cafe (preferably with free wifi).  I don’t know if it was the weather but New York definitely got me to appreciate a good bagel.  I like it slathered with cream cheese and lightly toasted.  Mmmm. 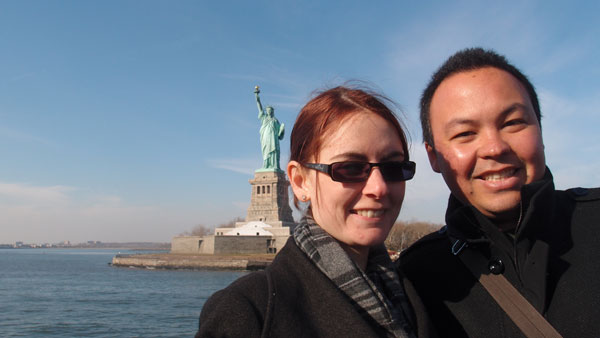 There’s no way I can do New York justice in a single blog entry so I’ll split it up in sections.  The food, the shows, the galleries.  I have no idea what order I’m going to do them but it’ll seem more manageable that way.

Previous: The Paperboy
Next: Le Bernardin