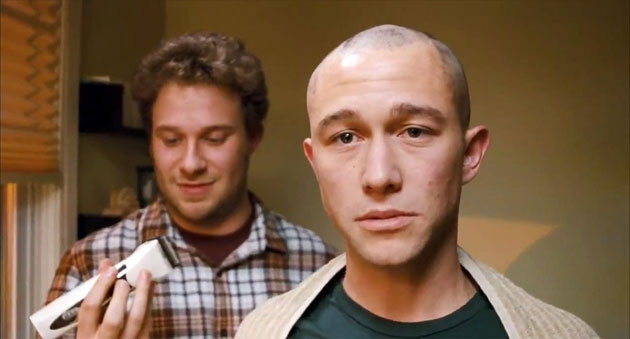 50/50 is a semi-autobiographical film written by a guy named Will Reiser who was diagnosed with cancer in his twenties.  The film walks a tightrope – it is a comedy about cancer.  Fortunately, it is a tactful and good-natured film and you suspect that a lot of the film’s observational humour about how relatives and friends cope with the Big C ring true because Reiser can draw on actual experience firsthand.

There are certain people you can cast to play the lead in a film like this and Joseph Gordon Levitt is just about perfect.  The kid from Third Rock From The Sun has grown up to be an immensely likable actor and he has sort of ended up as the Noughties version of Michael J Fox – a relatable everyman character you can rely on should a script call for one.  Levitt plays Adam, a writer for public radio who is given the unfortunate diagnosis.  Whilst dealing with cancer, he must also contend with the occasionally overbearing support from his best friend Kyle and his mother Diane who insists on moving in when she hears the news.  To complicate matters further, not everything is working out the way it should with Adam’s girlfriend Rachael.  If there’s a recurring theme at the start of the film, its that life’s day to day complications don’t cease to be, even when you have a potentially terminal illness.

The film has a nice restraint about it.  It’s consistently funny, has tinges of sadness throughout but doesn’t fall to the temptation of grand-standing its finale.  I liked it.  After writing this short review, I googled Will Reiser.  He has been in remission for six years now and is living a normal healthy life. 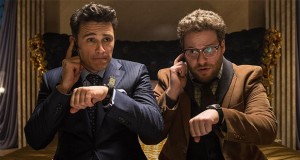