Don't Miss
Home > Blog > The Art Of Selling Yourself

The Art Of Selling Yourself 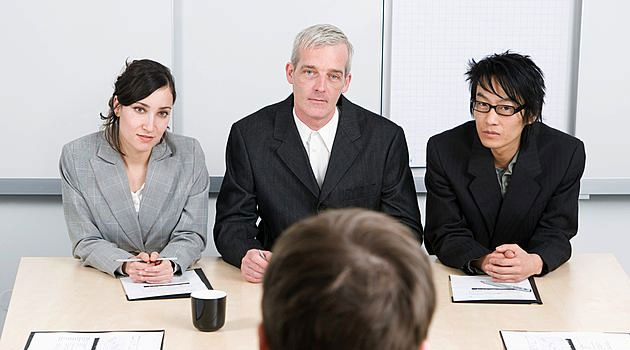 This week, I finally snapped an eight year long duck.  Someone offered me a job!  It had been eight years since the last time I was successful in a job interview.

In 2004, I landed a job as a sales rep when I first moved to Brisbane.  I remember feeling pretty good at the time.  It was the second job I applied for and it only took me three days of job hunting to find full-time employment.

Since that time, I’ve had some progression in my professional career but its always come from ‘a tap on the shoulder.’  I suppose I shouldn’t complain.  It’s been nice to move up in such an assured fashion where you feel 100% in control of the outcome.  In the long run though, it gave me a glaring blind spot.  I had no idea how to sell myself in a job interview and when the time came this year to draw on those skills, I stank up the joint.  I think I must have been told ‘thanks but no thanks’ at about six interviews.  I wouldn’t even have made the interview in countless more job applications.  Even worse, there were times I thought the interviews went well.  I had no idea why I was getting turned down.

Job interviews in 2013 seem to be a much different proposition to what I remember.  I had three interviews that were held in cafes over a cup of coffee.  In retrospect, the setting threw me off.  It seems obvious to say it now but just because its a more casual environment that doesn’t mean employers want casual answers to their questions.  In all three ‘coffee interviews’ I felt I built great rapport with the prospective employer and all of the interviews ran for over 90 minutes (a good sign?) but I didn’t come away with a job offer once.

After a string of rejections and unsuccessful interviews, I began to piece together some semblance of preparation and formulated a strategy.

Step 1.  Be prepared and have a strategy!

So overconfident was I in my first interview for a sales manager role, that I didn’t really prepare for the interview itself.  Sure I researched the company I could potentially be working for and updated my CV but I basically went in with the idea that just being myself would do the trick.  Only it doesn’t quite work like that.  It’s important to be upfront about who you are but a little planning and anticipation of the questions beforehand means that you can give an answer that best represents who you are.  You want to minimize the waffle and if you have a rough idea of what qualities you want to promote about yourself, you reduce the risk of having a mind-blank and underselling yourself.  Nothing worse than looking back on an interview and thinking ‘shit, I didn’t tell them I was good at _______.’

One of my pet hates when I interview people for a job is when they don’t directly answer a question.  Looking back on my job hunt, I realize I’ve been guilty of doing the same thing at times.  It happens when you’re asked a tricky question you weren’t anticipating and try to give an answer on the spot in a moment of panic.  Your stream of consciousness ends up taking you down a path from which you don’t return and you just talk for a couple of minutes without answering the initial question.  It’s never a good look.

No two interviews are ever the same when it comes to the questions but conceptually, the idea is always the same.  Who are you?  What are you good at?  Why should they pick you over the other candidates?  You have to be able to answer those questions beforehand in a clear, confident and articulate fashion.  If a candidate’s response to ‘why should we pick you?’ starts with the answer ‘ummm…’ then they’ve already blown it.

Step 2.  Tailor your approach to suit the role

It wasn’t laziness but probably naivety that made me write up the first draft of my CV which included every single professional achievement I ever accomplished and every role I ever performed in a leadership capacity.  The problem was, it made my CV look bloated as hell and chances are, there’s going to be a lot of content in there that isn’t relevant to the job I’m applying for.

It doesn’t matter if you can grow a prize winning giant pumpkin if you’re applying to work in an abattoir.  And in my case, I was putting in all of my prior customer service and sales management experience together when I applied for jobs.

That’s not to say that the two are mutually exclusive but when you’re applying for a sales manager role you should primarily emphasize your revenue-achieving excellence which is bolstered by some strong customer service skills.  If you’re going for that plum looking ops manager role for a customer service department then you should emphasize your ability to deliver a world class customer experience first and foremost where salesmanship is just one of the qualities you can provide.

If you’ve been unsuccessful in a couple of job applications, there is the possibility that desperation or tedium will set in and you might feel inclined to take a ‘spray and pray’ approach to job hunting where you apply for a million things at once, hoping something sticks.  This is never a good idea.  I did this for a week and one day I got a call out of the blue.

‘Hi, is this Edo?’
‘Yes it is’
‘Its Anna calling from Advantage Corp.  I’d like to conduct a phone interview with you.’
‘Sure’
‘Firstly, what prompted you to apply for Advantage Corp?  What do you know about the company?’
[ten agonizing seconds of dead air] ‘I can’t remember applying for this job and I have no idea what your company does’

This actually happened and that day I learned not to pursue the ‘spray and pray’ approach.

Step 3.  Stand out from the pack

The last thing is that x-factor that ultimately lands you the job.  The strategy, the streamlined approach and the interview prep are the framework but obviously what lands you the job is a moment where you make some sort of breakthrough with the interviewer where they think ‘this is who we’re looking for!’

I’ve interviewed hundreds of job applicants myself and although my average interview time runs for about 30-45 minutes, your assessment of why you do or don’t want to offer someone a job usually comes down to a 30 second snapshot and it usually comes scarily early in the interview.  First impressions and all that.  And it’s not necessarily the same reason each time.  They might nail the answer to a particular question.  It could be an intangible quality about their body language and mannerisms.

You obviously can’t anticipate what a prospective employer will find likable about you but what you can do is make sure that you have the awareness to read how the interview is going and if you see a glimmer in their eye or a positive shift in body language to one of your responses, then obviously stay on that path because you’re on the right track.  And to do that, it means you can’t give canned interview responses and you have to be calm and attentive enough to know when to change tact.

It isn’t easy.  I certainly took my lumps this year learning how to be a good interview.  But it was worth the experience.  And after three interviews with one organization, I was offered an office manager role that I really wanted.  My first day was on Friday and I love the look of the new place I’m working at.  There’s good staff, a great culture and an exciting challenge in the role itself.