In the end, Western Sydney Wanderers were too good and beat us for the fourth time this season.  The win sends the Wanderers through to the Grand Final in their debut season and ends the Brisbane Roar’s two year as defending champions of the Premiere’s Plate.

The injuries we picked up during the Adelaide game ended up hurting our chances immensely.  Thomas Broich was unable to play a full ninety minutes and with Ivan Franjic dropping into defence to cover for the injured Jack Hingert, we instead had to rely on James Halloran who, if he was a FIFA player, would have a speed setting of 10 and passing/crossing setting of -2.  Time and again he broke down the wing for the Roar only to blaze his cross over the sideline or fire it straight at the keeper.  The injury toll limited our attacking opportunities immensely.

Having said that, after a tumultuous season, I think Mike Mulvey has now aquitted himself with the club and its supporters very nicely.  He has taken the team from the foot of the table to one game shy of the Grand Final and I think that is a fantastic effort considering some of the challenges this season.  I’ll do a full debrief of the season after this weekend’s Grand Final.

So its the Western Sydney Wanderers versus the Central Coast Mariners.  The debut dream versus the perennial bridesmaids.  We are guaranteed a new team to win the Premiere’s Plate this Sunday.  A fifth team winning the competition in eight years shows that, for now at least, when the start of the new season rolls around in October, the supporters of any club should have aspirations of winning the title on day one. 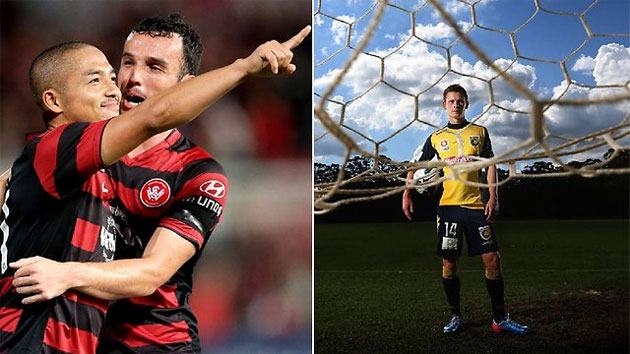