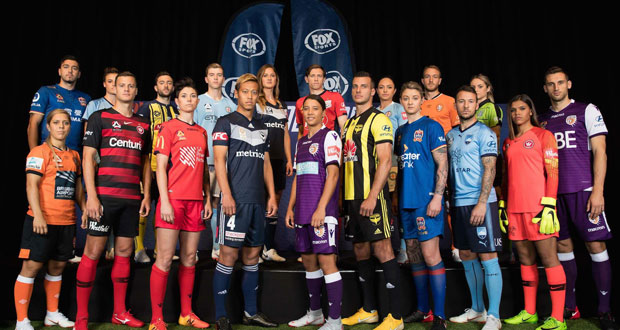 A new season of A-League and W-League football is almost upon us!

Despite the ongoing instability within the FFA and the various challenges facing the league (declining ratings, stagnant format, infighting, uncertainty around the Phoenix’s future), when it comes time to kick-off a new season, its hard not to get excited that football is back.

The build up to this season has been noteworthy for a number of reasons.  In a watershed moment for women’s pay, Sam Kerr has become the first ever female marquee player in the W-League.  Keisuke Honda is one of the biggest and most noteworthy names to join the league since Alessandro Del Piero.  And there has been an ongoing circus at Gosford where arguably one of the world’s most famous athletes – Usain Bolt – has been training to make his debut as a professional footballer.

The W-League is poised to have its best season yet.  There has been a stack of overseas talent signed for this season including players from America, Europe and for the first time in the league’s history, Africa.  This is also the first ever season where every W-League game will be televised.

A World Cup year is generally a good opportunity for football to have a moment in the sun and a chance to re-energize crowds and tv ratings.  Unfortunately, the FFA has continued its long and interminable battle with its stakeholders and this has recently lead to the ousting of Steven Lowy as FFA Chairman.  Long term, its likely to be the right movie but unfortunately, this protracted period of infighting means that for now, the much needed A-League expansion is still yet to be finalized and that precious little has been done to promote the game to the mass market.  The challenge to grow the domestic leagues in Australia remains a challenge.  The audience is clearly there – the Socceroo’s World Cup game against France drew a bigger audience than the NRL or AFL final and soccer remains the most popular sport played by Australians – but the FFA has been unable to transform that interest into ticket sales and viewing figures for the domestic leagues.

Video reviews will (sadly) be making a return to the A-League after their international debut last season.  Much has already been written about VAR and its effect on the game.  Personally, in its current format, I hate it.  It doesn’t solve the matter it was designed for (correct overlooked refereeing errors) and it has a crippling effect on the natural flow of the game and destroys the spontaneity of how fans respond to goals.  Last season was an absolute shit-show of VAR decisions, culminating in a Grand Final that Melbourne Victory won 1-0 after they scored a goal from an offside position which VAR didn’t pick up (it was apparently not functional at the time).

With no changes to the specificity of how and when it can be used, I don’t see any reason why it won’t be more of the same this season.  If I had my way, they would get rid of it and only use goal line technology.

Brisbane Roar have had one of their most promising pre-seasons in a number of years.  All the players got paid on time(!)

Since David Pourre came back as Managing Director of the club, fans have been pleasantly surprised by a number of developments at the club.  They have finally cemented a long term training facility in Logan, fan engagement via social media has been informative and positive, and there have been some exciting signings in the off-season including former Golden Boot winner Adam Taggart and Japanese World Cup winning player Yuki Nagasato.  There have also been a flood of new sponsorship partners including Actron Air (primary sponsor) and Event Cinemas.

After a pre-season that saw some positive play but mostly drawn matches against A-League competition, the Roar faithful are very optimistic that this is a club that can make the finals and be in contention for silverware at the end of the season.

Previous: The Mystery of Three Quarters by Sophie Hannah
Next: A Star Is Born