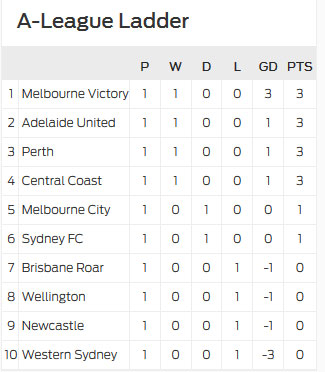 Life After Berisha Won’t Be Easy

We all saw it coming with the wobbly pre-season form.  The Brisbane Roar began their title defence with a loss at home to Adelaide United on Sunday.  The result itself doesn’t look too bad on paper.  In fact, there’s a weird stat with these two clubs where seven out of their last eight matches have had the away team winning, but its the way in which Brisbane lost which draws concern.  The Roar were overwhelmed in both possession and territory in the first half and they found themselves unexpectedly in the lead thanks to a Thomas Broich free kick from distance which bounced into a heavily congested penalty area, missed everyone, and dribbled into the back of the net.  The goal didn’t seem to lift the Roar’s spirits and an equalizer felt imminent.  It came from through a cracking strike from Adelaide striker Bruce Djite who fired a bullet at goal after the Roar defenders fluffed their lines.  Even a half time pep talk didn’t seem to be able to rouse Brisbane’s stupour and in the second half Adelaide took the lead through a Matthew Donachie own goal.  The Roar’s frustration in the game was compounded with the sending off of Matt McKay who exchanged words with infamous A-League referee Ben Williams who promptly gave him his marching orders.  Djite, good mates with McKay, asked him to repeat what he said to the ref and when McKay told him, it left Djite blushing (see the screen capture above).

The Roar finally showed signs of life with the introduction of Henrique and Solozarno who crafted Brisbane’s best chance for an equalizer with five minutes to go.  It wasn’t to be however and the game finished 2-1.

Brisbane’s problems with life after Berisha (and Franjic and Theo for a 1/3rd of the season) are plain to see.  There was a distinct lack of cohesion up top with new striker Mensur Kurtishi failing to link up with playmaker Thomas Broich.  Kurtishi wasn’t able to fashion a single shot at goal and was largely annonymous for most of the game.  It looks to be a definite work in progress.

Tactically, the Roar will need to improve.  In 2011 and most of 2012, I felt they simply steamrolled their opposition with their superior cardio and Besart Berisha’s firepower.  The standard of the league has since lifted and they need to integrate Kurtishi into the squad quickly if he is to remain first choice striker.  Against Adelaide, he seemed happy to sit on the shoulder of the last defender as opposed to chasing the ball as was Berisha’s trademark.  This is fine if he shows himself to have a poachers instinct for goal.  We shall see in the coming weeks.

It wasn’t all doom and gloom.  Nothing I saw in that performance suggests to me that the Roar couldn’t iron out the kinks and still be a force this season.  However, in the last four years the squad have shown themselves to be highly combustible when things don’t go their way.  In 2012 when they had a downturn in form, they lost 5 games in a row and conceded first in 10 games in a row.  And in 2013 season after Ange Postecoglou left, the back-t0-back champions slumped so badly they were literally bottom of the table halfway through the season.  Mulvey will want to sort out the Roar’s woes quickly to avoid a repeat of that season.

A-League Round One Recap

The opening game of the season saw an impressive Melbourne Victory absolutely blitz Western Sydney Wanderers and hand them their worst defeat in their two year history.  The Victory started red hot and put three goals passed the hapless Wanderers defense, missing Nikolai Topor-Stanley to international duty, and they never looked back.  Besart Berisha scored on debut for his new club as did new defender Del Pierre.  The link up play between the attacking players was extremely crisp but one wonders whether they might have been flattered by a cleared shattered Wanderers squad, stretched thin by Asian Champions League fixtures and missing first choice defenders.

Sydney FC and Melbourne City (formerly Melbourne Heart) will both find something to be happy about with their opening round draw at Allianz.  Corey Gamiero continued his goal scoring form from pre-season and the copy editors got the headlines they wanted when David Villa came on for City and scored within minutes of his A-League debut.  Credit to both Graham Arnold and John Van Schip.  Both inherited terrible teams but have worked minor miracles in turning them around.  Sydney weren’t quite as sharp as I thought they’d be (I listed them as title favourites) but I still believe Graham Arnold has the experience and nous to lead them further than Kevin Muscat can with the Victory.

Newcastle and Central Coast played out a soporific match at Blue Tongue Stadium.  Both teams were woeful and it almost seemed an injustice that one of the teams were awarded points.  The match cemented my feeling that the Jets are favourites for the wooden spoon.

Perth Glory looked pretty impressive in their away win at Wellington Phoenix in the Distance Derby.  The new signings for the club shone in the game and it was link up between debutantes Mitch Nichols and Andy Keogh that created the first goal.  They showed good character to go on and find the win when they could have sat back and taken the drawn in the last five minutes.  I think the Phoenix should take heart though.  They looked decent in patches and showed plenty of promise.  They need to make Westpac Stadium a fortress however as results on the road have always been a challenge. 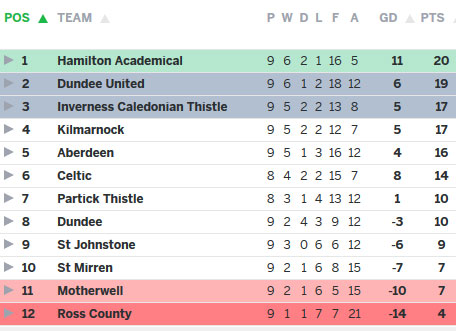