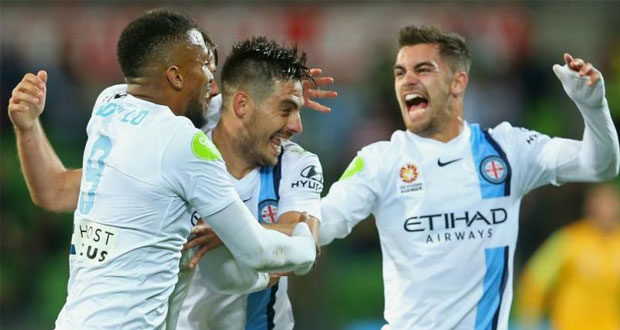 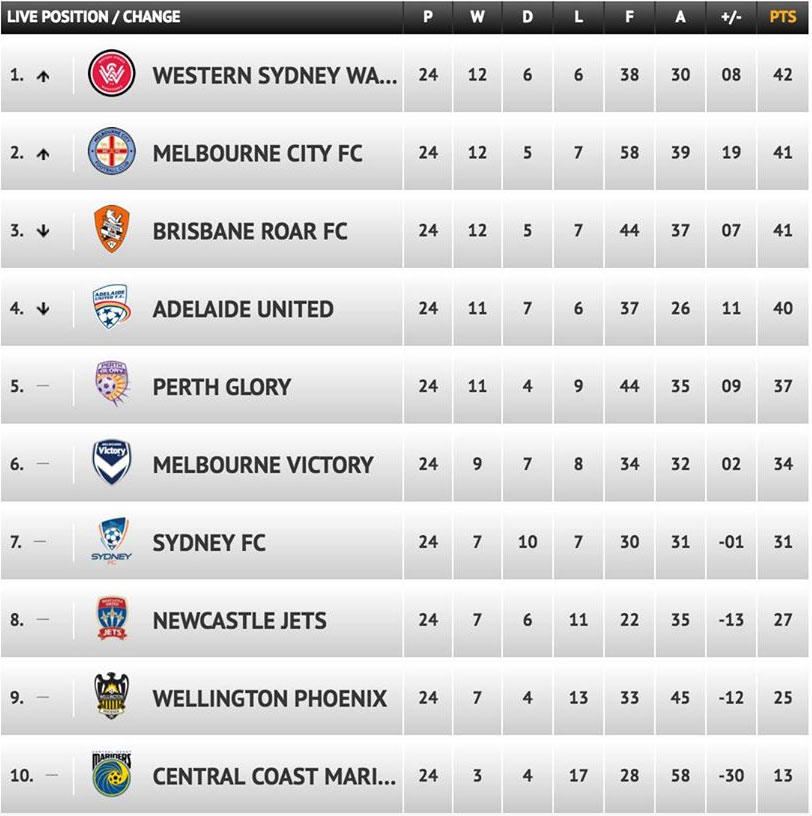 Brisbane Continue To Get Stomped At City’s Home Ground

Dimi Petratros got the Roar off to a flyer with a stunning volley from outside the box but it wasn’t enough for the Roar to break a five year win-less streak at City’s home ground as a second half red card to Jack Hingert saw the game turned on its head as City scored three unanswered goals and leapfrogged Brisbane on the table.

Goals were expected in this encounter between the two top scoring teams in the competition.  Surprisingly, for a four goal affair, neither side’s ace strikers Jamie Maclaren nor Bruno Fornarolli got on the score sheet.  City won’t care though.  This is as good as the team has ever performed in the competition and with three rounds to go, they are right in the mix to clinch a maiden Premiere’s Plate.

For the Roar, its back to the drawing board.  The team continues to struggle with leaking goals and they will now be without Jack Hinger for their next game against Sydney FC.  It is a must win encounter if the side are to have any hope of winning the Premiereship.

Previous: Blood Simple [1984]
Next: Career of Evil by Robert Galbraith