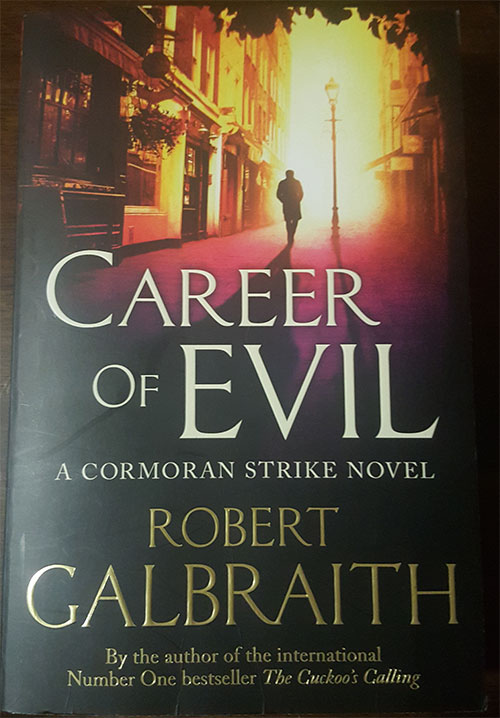 Ten years after writing Harry Potter and the Deathly Hallows, JK Rowling has rediscovered her mojo with the Cormoran Strike novels, a series of crime dramas about a one-legged war vet detective who solves murder mysteries.  The Casual Vacancy  was an interesting, if flawed, first step away from the Harry Potter series but with the Cormoran Strike novels and in particular Career of Evil, this very much feels like the passion project that has got Rowling falling in love with writing again.

The Strike novels are written under the pseudonym Robert Galbraith, an anonymous cover that lasted all of three months after the first book  was published before being uncovered by the press.  Although her cover was blown, Rowling continues to use the Robert Galbraith handle and I believe it acts as a statement of intent.  It tells us that the streets of London that Cormoran Strike lurks in is worlds apart from the one JK Rowling created for the boy wizard.  It is a story populated with murderers, rapists, drug dealers and serial killers.  At the centre of it all are Cormoran and Robin – two clever, quick witted investigators who are trying to scrape by and make a living as private detectives.

I thoroughly enjoyed The Cuckoo’s Calling and The Silk Worm, the first two novels in the series but Career of Evil is by far my favourite to date.  The mystery itself is more audacious than anything we’ve seen so far.  Within the first breath of re-introducing the characters, Robin is sent a dismembered human leg via courier (!) with a note promising to enact vengeance on Cormoran.  This direct threat levelled at Cormoran and Robin endangers the duo on a far greater level than anything that occurred in the first two novels.  As a result, the tone of the story is far tenser and more fraught with peril than anything we’re used to.  The occasional chapter presenting the story from the warped mind of the killer who stalks the detectives also ratchets up the intensity tenfold.

Cormoran believes that there could be four men – the worst of the worst – that he helped put away over the course of his military career, who would have it out for him.  Each of the four are inhuman monsters who have committed horrific crimes but one notable stand out is Jeff Whittaker who is suspected of murdering Cormoran’s mother. 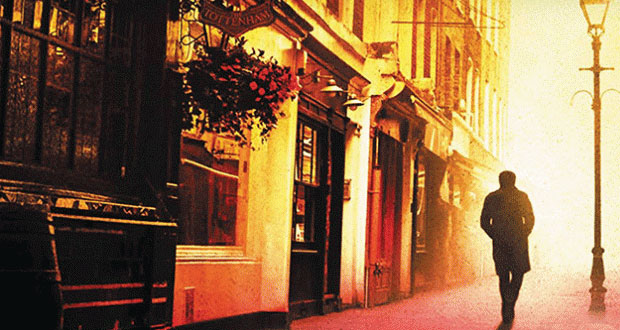 Rowling has always been a great character writer, capable of creating memorable secondary characters that help or hinder the main players.  With Career of Evil, she really begins to expand the universe that Cormoran and Robin inhabit.  We see more of Robin’s disapproving partner Matthew than ever before.  DC Wardle remains one of the few men on the police force that talks to Strike.  And one of my favourite new characters is Shanker, a golden-toothed, tattooed goon who barely survived adolescence but was nursed back to health by Strike’s mother.  Subsequently he feels indebted to helping Strike and becomes a key aid in bringing down the killer.

Then there are Cormoran and Robin themselves.  One of my favourite aspects of the Strike novels is the ongoing transformation of the two main characters.  As Robin becomes more experienced and adept at working as a private investigator, she becomes more integral to solving the cases as she is more mobile and less recognizable than the one legged detective who is beginning to attain a level of notoriety for solving the high profile cases from the first two mysteries.

The relationship between the two, initially platonic but gradually teased as turning into something more, really begins to flourish in Career of Evil.  There was never a sense that anything could happen between the two but the collapse of Robin’s relationship with Matthew suddenly blows the door wide open.

If the possibility of a romantic engagement between Cormoran and Robin sounds like a softening of the mood, it is tempered by the four murder suspects, each of whom are some of the most repulsive and grotesque criminals in the series to date.  To that end, the Strike novels are an entertaining blend of darkness and light.  There is hard-edged, grimy nastiness to the world that Cormoran and Robin inhabit but it is tempered by their personalities – earnest, resilient and often times darkly funny.

Career of Evil ends with a memo from Rowling from which I took that quote about her enjoyment of writing the novel.  It went without saying.  Career of Evil is Rowling at her best.  She is clearly having a ball with these characters, twisting and turning the plot in on itself as Cormoran and Robin bear down on uncovering the killer just as dramatically as they gravitate towards and away from one another.

When the dust settles in Career of Evil, there’s a satisfying denouement but equally, there’s clearly plenty of life left in the Strike series.  Happily Rowling seems to agree.  She’s stated that there’s plenty more she has in store for her favourite grizzly, one legged crime solver and his tenacious apprentice.  Bring it on.