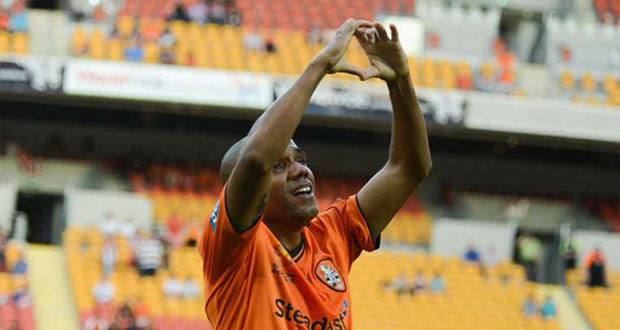 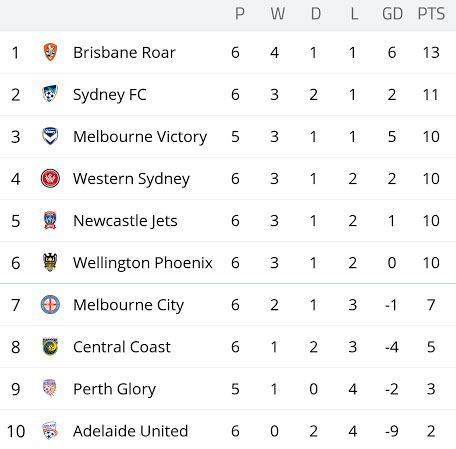 A Fairytale Homecoming For Henrique

Ever since Brisbane Roar won their maiden championship in 2011 there have been plenty of important players who have come and gone during the club’s golden era – Besart Berisha, Matt Smith, Ivan Franjic and so on.  One of the most important players that has been there the entire time has been the diminutive Brazilian striker Henrique.

Arriving at the club in 2009, Henrique has made his mark at the club and become a firm fan favourite, scoring over thirty goals, including two match winning Grand Final goals.  He is clearly one of the most beloved players of the Brisbane Roar supporters and has particularly strong appeal amongst children.

Its clear that Henrique shares the love for Brisbane and his club too.  Earlier this year, Henrique become an Australian citizen and plans to call Brisbane home well beyond his playing career.  After an eight month stint on the sidelines due to a knee construction surgery, he finally made his return in Round 6 against Perth Glory.

The Roar dominated the game but despite two shots from Dimi Petratos striking the woodwork, they didn’t make their territorial dominance count.  In the second half, John Aloisi brought on Henrique who received a warm reception from fans.  Fifteen minutes later, he netted the winning goal for Brisbane.  It was a goal that clearly meant a lot.  He was moved to tears during his goal celebration, as he made his trademark ‘heart’ gesture to the fans.

Henrique’s goal proved to be decisive and the win puts the club at the top of the table, two clear points ahead of Sydney FC and a glut of other sides a further point adrift.  It cements an unexpectedly bright start to the season for the Roar after a tumultuous off season.  The new signings shined brightly again.  Corona is already a well established outlet in the midfield and new signing Hervas provided the assist for Henrique with his first touch of the ball.

The result leaves fans dreaming of a possible fourth championship title for Brisbane and John Aloisi with a selection headache as Matt McKay, Jamie Maclaren, James Donachie and Michael Theo all return from international duties and injury.  The Roar have kept 3 clean sheets in a row now and every position in the starting XI feels up for grabs.  It’s an exciting time to be a Brisbane Roar fan.

Previous: The Girl In The Spider’s Web by David Lagercrantz
Next: Youtube Friday – Cast and Crew Reflect Upon The Hobbit