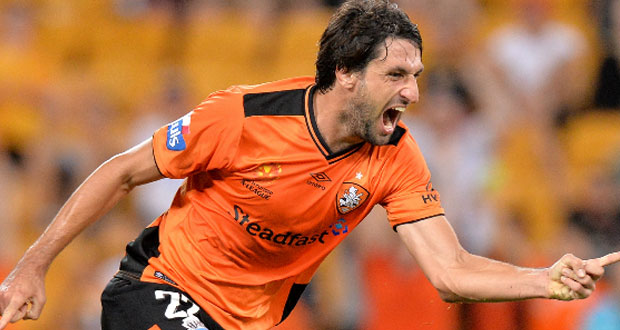 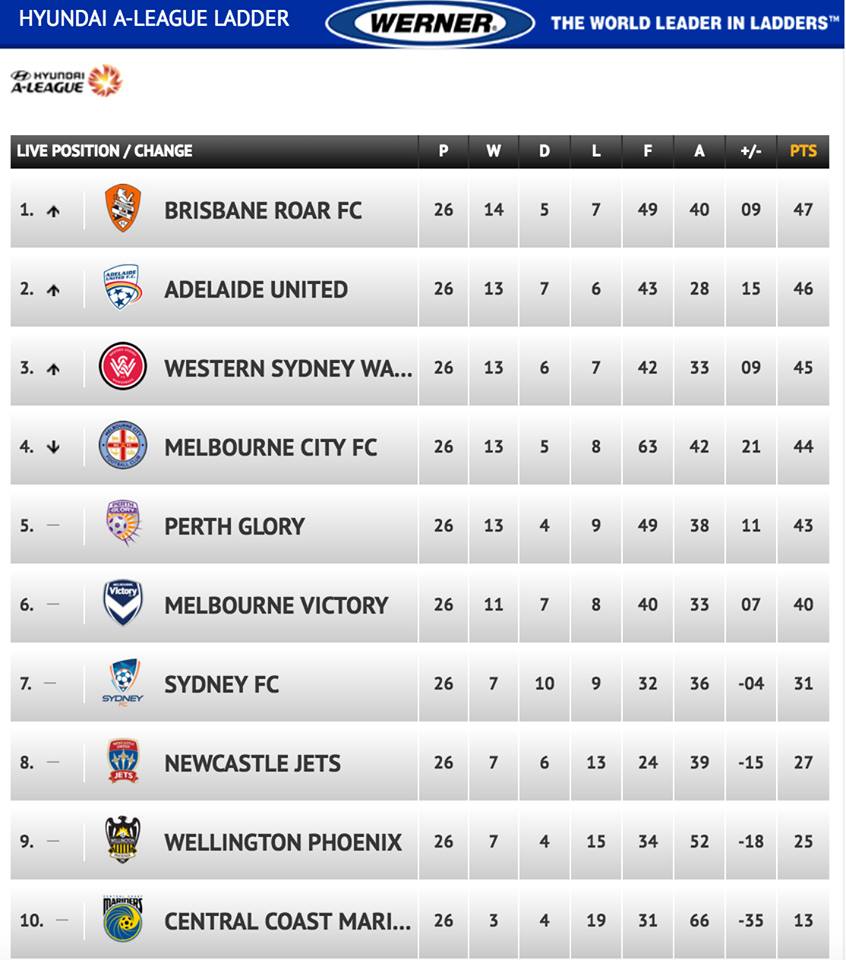 It took twenty six weeks but Thomas Broich finally scored for Brisbane Roar this season.  He couldn’t have picked a better moment.  His goal ensured that Brisbane recovered from being a goal down to defeat the Newcastle Jets, a bogey team that the Roar have always struggled against.

But if the Roar do end up winning any silverware this season, it might be a moment earlier in the match that was the turning point.  After the Jets jagged a cheeky one goal advantage after Jade North handled the ball in the penalty area, they had a genuine goal scoring opportunity not long after when they were afforded a header from point blank range.  Roar shot stopper Jamie Young somehow kept the ball out, saving a header struck from just two metres out.

The ever reliable Henrique earned the Roar a penalty which he subsequently converted to level the scores.  Then he coolly stepped over a Corey Brown cross soon after for Broich to fire home the winner.

That concluded the final Brisbane Roar home game of the regular season.  It’s been yet another memorable one with plenty of highlights and fond memories.  It’s an incredible achievement considered the performance last season and the financial problems that mired the club right up to the start of the season.  I’ll do an end of season retrospective picking out some of my favourite moments but needless to say, it’s been a hell of a ride.

Now there’s one round to go.  An away trip to Melbourne Victory.  Four teams could win the title next week.  Brisbane Roar, Melbourne City, Adelaide United and Western Sydney Wanderers.  But only Brisbane have their fate in their hands.  A win and the title is ours.  Who would’ve thought we’d be saying that before Round One?

My favourite moment from Round 26 was Jamie Young leading the Den with some ‘who are we’ chants: