The Amazing Spider-Man 2: Rise of Electro 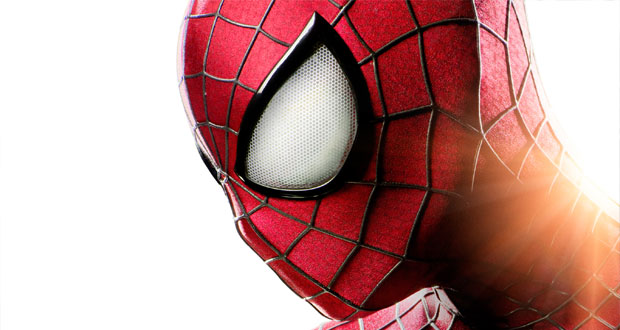 The Amazing Spider-Man 2: Rise of Electro begins in a way that I’ve often thought most popular super hero films should.  He takes out a Z-grade villain in a 5 minute starter before the main course takes place.  I think its a great way to get some of the lesser known villains on the screen, it showcases what the super hero can do for the uninitiated, and its a nice bit of fan service to boot.  In Rise of Electro, Peter Parker is late for his girlfriend Gwen Stacy’s graduation because he is in pursuit of the rampaging Rhino, played rather unexpectedly by respected thespian Paul Giamatti.  Giamatti gives the brief appearance his best.  He is all snarls and teeth.

Once the film kicks off in earnest, we learn that since the events of the last film took place, where a dying police officer Captain Stacy gave explicit instructions to Peter Parker not to date his daughter Gwen, Peter has been unable to honour that request.  Peter and Gwen have been an item for the last year of high school however their relationship occasionally has some bumps on the road when Peter sees the dead visage of Captain Stacy giving him a stern and disappointed look.  It happens from time to time.

Gwen eventually grows frustrated of Peter’s cold feet with the last straw being a tearful breakup just before a post-graduation dinner with the surviving Stacy family.  She decides to pursue her education abroad at Oxford and become her own person, not left to the whims of Peter and his crime fighting exploits.  This rattles Peter who seemed happier with his arrangement of breaking up with Gwen but creeping on her at a distance when he web swings around New York.

Unlike most super hero films where there is an obvious sense of tokenism about the relationship between the protagonist and their lover, The Amazing Spider-man series really does invest in the relationship between Peter and Gwen as the centerpiece of the storyline.  Don’t believe the tagline about Rise of Electro for a second.  Electro is only in the film for about half an hour, he spends most of the time off-screen locked up in an asylum and the film certainly doesn’t end with his ascent to power.  A more accurate title would have been Electro’s Brief Rise and Very Rapid Fall.  Or just be honest and call it The Amazing Spider-Man 2: A Love Story. 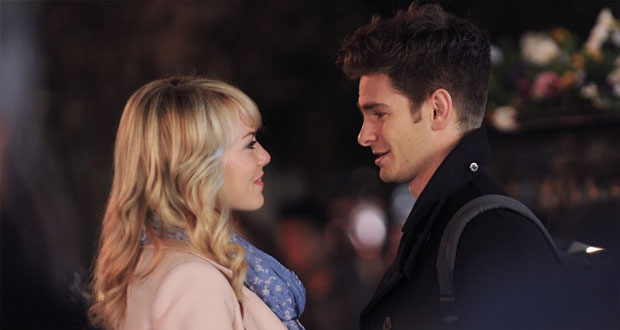 The Amazing Spider-man trilogy hasn’t done the sort of business that Sam Raimi’s trilogy has done and I think that’s less indicative of its quality and more a case of too much too soon.  For whatever reason, the average film goer who has an appetite for seven Batman films in twenty years doesn’t extend that interest to the Spider-man franchise.

As a fan of the comic book series growing up, I’ve enjoyed this new adaptation.  The bright colours, the wise-cracking jokes and the more grounded real life challenges that Peter Parker faces make this series faithful to the source material  in all the ways that the recent Man of Steel with its dark, broody Superman did not.  Andrew Garfield and Emma Stone are both excellent leads in the film, their off screen relationship and chemistry translates believably onscreen.  When Gwen is in jeopardy at the end of the film, I could hear the murmurs and anxiety of the audience around me with each near-miss that she experiences.

Dane DeHaan, a stand out actor in 2012’s found-footage super hero film Chronicle turns in a strong performance also as Harry Osborne, heir apparent to his father’s empire and the future Green Goblin.  I enjoyed DeHaan’s performance immensely.  The guy has an unusual and distinctive looking face and I thought he played the part of an unhinged trust fund kid rather well.  I was less enthused however by his transformation into the Green Goblin.  Spider-Man fans will remember the rather daft looking plastic get up that Willem DeFoe wore in Sam Raimi’s original film.  This time around, director Marc Webb has opted to go for an organic transformation.  It’s well intentioned but still comes off looking pretty goofy.  I’m not sure what it is.  The Green Goblin is obviously a huge character in Spider-Man lore and he looks terrific in the pages of a comic book.  It seems to be a challenge for costume designers however to pull off a live action recreation.

To fit in all the good stuff with Garfield, Stone and DeHaan meant that something had to fall by the wayside and that something is poor old Electro, played by Jamie Foxx.  They introduce the character as Max Dillon, a downbeat friendless loser who becomes easily infatuated by anyone who will give him attention.  Its a nice story arc to introduce the character but it goes absolutely nowhere and doesn’t end with anything other than the usual super villain aspirations of wanting to beat up the hero and take over the city.  It genuinely seems like a strange decision to name the film and tie in so much of the promotional material after him.  He seems like such an obvious afterthought.  I actually enjoyed Jamie Foxx’s performance but he is given very little to work with.  A pity.

Overall, this is a solid entry into the Spider-man film franchise.  It’s not going to win over people who felt wore out by the Raimi trilogy but fans of the character should find plenty to enjoy here.  For me, the appeal lies in the chippy and upbeat performance from Garfield when he dons the mask as well as a genuine fondness for the Spider-Man universe itself.  I’m cagey about the prospects of the third film however.  Raimi’s trilogy concluded with a rubbish final chapter that was overburdened with three villains, all jostling for screen time.  From what I gather, the third installment of Marc Webb’s adaptation will have Spider-Man facing off against the Sinister Six.  Deary me.

The Amazing Spider-Man 2: Rise of Electro

It ain’t easy being green

Summary : An enjoyable cinematic adaptation of the famous Gwen Stacy story arc that is cemented by strong performances from Andrew Garfield and Emma Stone.