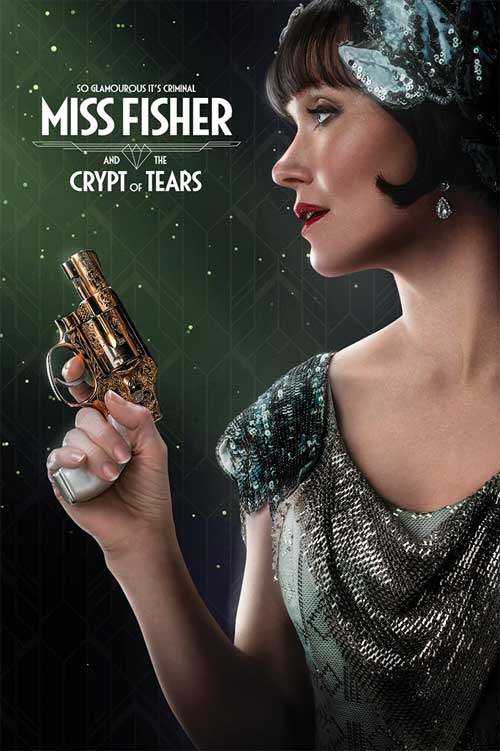 I’ve always had a soft spot for costume drama whodunnits.  Ever since I read my first Agatha Christie novel The ABC Murders and saw David Suchet portray Hercule Poirot in The Mysterious Affair At Styles.  I don’t think I’m alone in this.  The Christie books remain some of the widely read in the history of book publishing and when Rian Johnson wanted to step away from Star Wars and dabble in the genre with Knives Out, it went on to gross something insane like $300 million dollars.

Miss Fisher’s Murder Mysteries first ran as an ABC television series for three glorious seasons, having been adapted from Kerry Greenwood’s novels by Deb Cox and Fiona Eagger.  The basic premise is a glamorous lady detective – the eponymous Miss Fisher played by Essie Davis – is a private detective who solves crimes in 1920s post-war Melbourne.  The show has many of the same touchpoints that make Hercule Poirot so wonderful:  The flashy costumes and resplendent architecture of the era.  An ensemble cast of murder suspects that typically include retired colonels, wealthy socialites and scheming crooks.  A perplexing murder that seems impossible to solve.  And of course, a cunning detective who has a faithful sidekick that saves the day when the hapless police officers are unable to solve the case.

Miss Fisher has all of that and – I swear I’m not overstating this – it delivers these tropes just as well as Agatha Christie ever did.  What elevates the show to even greater heights is the character of Phryne Fisher herself.  By virtue of her gender, she is a significant outlier from other detectives in the genre and being a fiercely independent, sharp-witted and fearless protagonist who agitates and appals the aristocrats around her is the source of much of the show’s best material and banter.  It’s now impossible to imagine any else but Essie Davis in the role, such is her natural ability and raw talent. 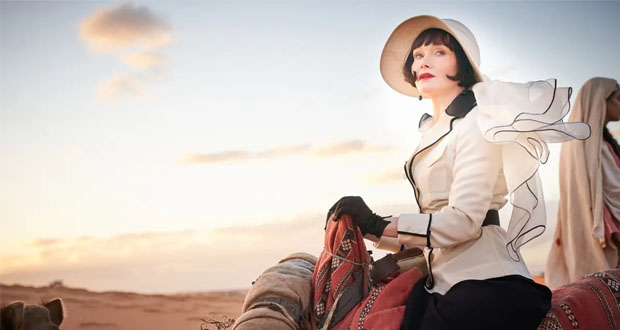 Although its been years since the series wrapped up, Miss Fisher has clearly maintained a loyal fanbase and when the prospect of a movie was raised, fans quickly provided the necessary financial support via a Kickstarter to get it into production.  What we got as a result is The Crypt of Tears, Miss Fisher’s first big screen outing.

Firstly, the bad news.  One of the most beloved characters from the original series, Phyrne’s faithful sidekick Dot, has only a miniscule bit-part role in The Crypt of Tears.  It’s for very good reason.  Ashleigh Cummings is doing very well for herself Stateside, landing herself a starring role in her own television series NOS4A2.  I’m happy to see Cummings do so well but her presence in this film is definitely missed.

Honestly, the rest of this movie is gravy.  It’s everything I wanted in a “Miss Fisher but with slightly more money” B-movie production.  The excellent Nathan Page returns as DI Jack Robinson, Fisher’s long-time partner in crime and best romantic tease in a television series since Mulder and Scully.

The set up for the mystery is classic pulp fiction fare from its era.  After helping a Bedouin girl named Shirin escape from a prison in Jerusalem, Phryne gets caught up in the mystery of Shirin’s childhood.  A sandstorm wiped out her village when she was little and she was the only survivor thanks to the aid of a mysterious benefactor.  This unknown guardian angel reaches out to Shirin and invites her to a clandestine meeting at midnight at the All Saints’ Church.  This sets off a chain of events that involve murder, an ancient curse, valuable jewels, car chases and journeys to exotic locations.  In many ways, The Crypt of Tears is as much Indiana Jones as it is Agatha Christie. 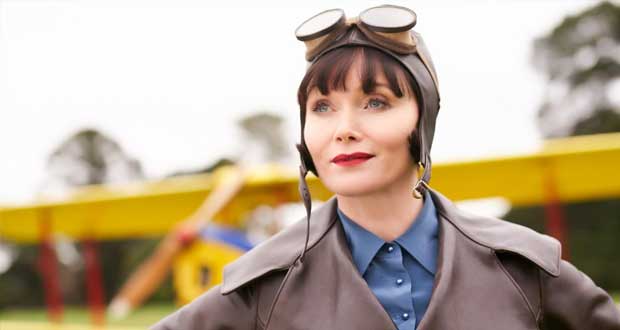 With the original producers and screen writers returning, Miss Fisher was always going to be in safe hands.  Essie Davis is still an absolute delight on the screen as the eponymous Miss Fisher and the tone of the whole production – knowingly cheesy, charming and playful – left me with a big smile on my face for the duration of the film.

I have no idea what someone completely new to Miss Fisher would make of this.  But for anyone who was a fan of the series, The Crypt of Tears won’t disappoint.

Summary : A lovingly made and worthy continuation of the Miss Fisher series. Essie Davis was born for this role.

Previous: The 92nd Academy Awards
Next: The Invisible Man 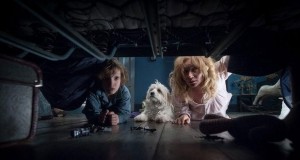