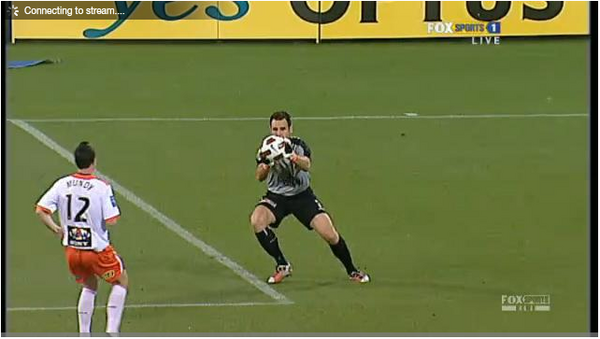 After the news this morning that the FIFA World Cup 2022 tournament would be hosted by Qatar, football fans in Australia were looking to turn their attention back to the A-League and put the disappointment of the day’s events behind them.  What better way to do that than a pulsating Friday night encounter between the league leaders and the most successful club in the history of the competition?

There’s been a war of words brewing between the two camps.  The media have been enamoured with the performance of Roarcelona and its caught the ire of the Melbourne Victory.  Is the current Roar team the best in the history of the competition?  ‘Well to claim that mantle,’ says Victory striker Archie Thompson, ‘you have to win something first’.

The Victory are the only side to have beaten the Roar this season via a comprehensive 3-0 drubbing at home earlier in the season.  A highlight from that game was a rather unfortunate defensive blunder between a Roar player and goal keeper Michael Theoklitos, where a seemingly harmless ball trickled into the penalty box and they both left it for one another, allowing the Victory to pounce and score an embarassingly easy goal to go in front.

Theoklitos is no stranger to controversy.  Although generally an excellent keeper, he is prone to making the occasional gaffe.  He reminds me a bit of Fabien Barthez in that way.  In fact, a goal keeping blunder in one game directly resulted in his arrival at the Roar.  Previously, he had had a successful career at Melbourne Victory before being signed by English league minnows Norwich City.

In the opening game of the 2009 season, Norwich lost 7-1 to Colchester United, which they usually do, but a lot of the blame was thrown Theo’s way who was making his debut with the club.  He never recovered from that game and ended up as their third choice keeper having never played any more games for the club.  Theoklitos and Norwich agreed to part ways at the end of the season.  Now Theoklitos plays a key role for the leaders of the best Asian/Oceanic league in the world while Norwich City languish midtable in some poxy second division English league.  Who’s laughing now?

The game was played at a lively pace in the first half.  The vocal Victory fanbase were in great voice singing anti-FIFA and ‘Where the fuck is Qatar?’ chants.  The Roar opened the scoring when Thomas Broich whipped a dangerous cross into the area only to find the head of Victory defender Matthew Kemp who flicked the ball into his own net.  On the stroke of halftime, Joan Carlos Solorzarno scores a poachers goal, pouncing first in a goal mouth scramble to put the Roar two up.

Then in the dying seconds of injury time, Michael Theoklitos appeared to handle the ball outside the penalty area but it went unnoticed by the match officials.  He then punted a giant kick downfield which found Brisbane captain Matt McKay.  McKay took a shot which was saved by goalkeeper Petkovic but then he coolly slotted home the rebound to end the game 3-3.  The streak continues and the Roar are now fifteen games without defeat.  The Victory will feel hard done by but judging on their form here, they look like they could potentially be formidable contenders when it comes to Finals Football at the end of the season. 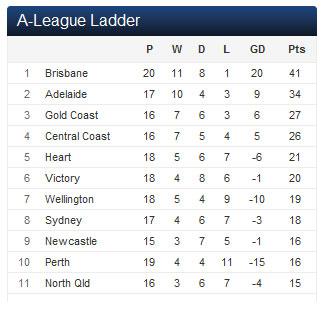 Previous: The Ashes Game Two – Adelaide
Next: Let It Be