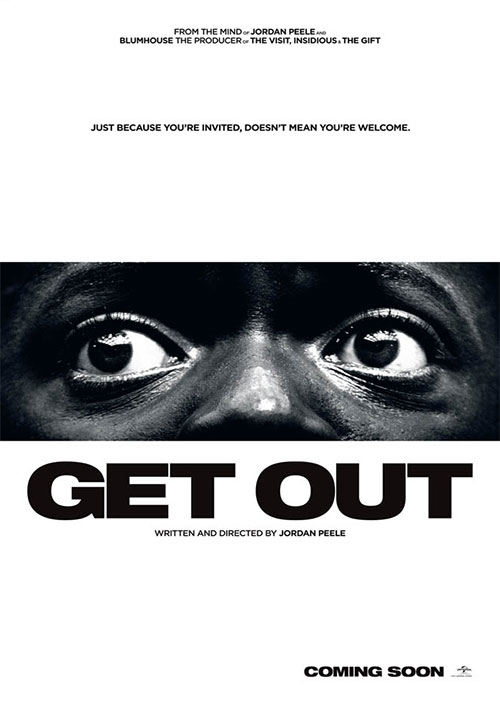 Jordan Peele hit it big with his debut feature film Get Out which is one of the best reviewed films of 2017 as well as being a huge hit at the box office, clearing a cool $245 million on a budget of just $4 million.

Get Out is an entertaining satirical thriller that draws its best moments from subverting audience expectations.  It is simultaneously the scariest and funniest film I have seen this year.  Get Out starts out as a modern day Guess Who’s Coming To Dinner as Caucasian Rose Armitage brings her black boyfriend Chris home to meet her parents in their WASPy neighbourhood.  But Chris quickly works out something is very wrong in the Armitage household and…well, the less you know going into the film, the better really. 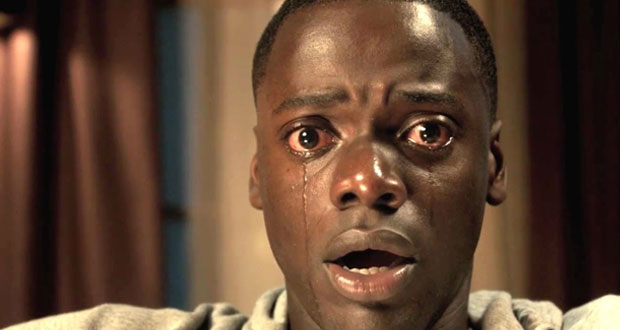 Get Out is a film that really goes there.  It is an incredibly timely film, arriving in theatres mere months after the 2016 Presidential election and it has some sharp commentary on race relations, crime in America, and the attitudes of politically correct ‘West Wing’ liberals towards black people (which is mined effectively for many of the gags).  It is a film where the viewing experience is absolutely enhanced when watched in a packed cinema screening.  Hearing an audience reacting so audibly to the twists and turns of Get Out (‘where are the keys Rose’, the cop car pulling up at the end) has been hands down my favourite movie-watching experience of 2017 so far.

Jordan Peele deserves all the credit in the world for laying the groundwork for this memorable film with his screenplay and direction but he is also ably supported in his leading man who executes the concept to maximum effect.  This is the first role I’ve seen of Daniel Kaluuya and he is an absolute star.  His portrayal of Chris Washington is careful and measured for the first half of the film as he appears impassive and poker-faced but the audience understands that internally he is juggling his thoughts between ‘play it cool in front of Rose’s parents Chris‘ and ‘what the fuck is going on here‘.  He sells that expression on his face beautifully.  If he over-eggs it, then Get Out doesn’t work nearly as well.  It’s because of how effective Kaaluya is that the film is a satirical horror and not a black comedy.

On the flipside, LilRel Howery is hilarious as Chris’ best friend Rod who is freaking out at what is going on.  Tonally, it seems like he is in a different film, but effectively, he is a representation of the audience who will experience a similar rollercoaster of emotions as the film unfolds.  I think its important to have Rod’s comic relief lest the film become too stressful.

I’m not sure its right to say that Get Out will become a cult classic because its actually much bigger than that already.  There are lines from the film and references to the Sunken Place that are already a part of pop culture parlance.  It’s an incredible first directorial effort from Jordan Peele and I cannot wait to see what he does next.  It’s only May but I will be surprised if I see a better film this year than Get Out.

It’s time for a young African American to meet with his white girlfriend’s parents for a weekend in their secluded estate in the woods, but before long, the friendly and polite ambience will give way to a nightmare.

Summary : One of the greatest and most subversive horror films in recent memory and one hell of a debut from Jordan Peele.