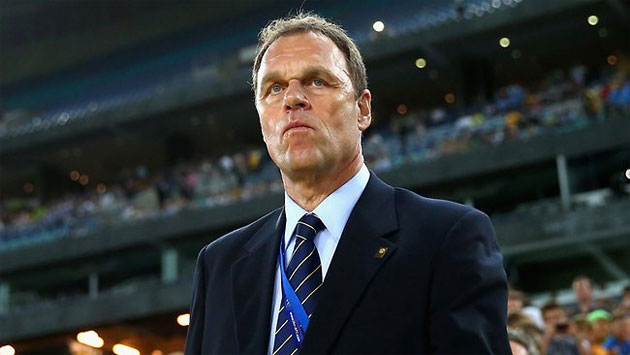 It’s been an eventful week of football in Australia.  The opening round of the season saw a record 100,000+ fans in attendance and tv ratings continuing to rise.  In a promoters dream scenario, Alessandro Del Piero opened the scoring for the season and got Sydney FC off to a winning start.  Although the Melbourne derby fizzled for once, the rest of the games in the round were great value.  Meanwhile, the Socceroos lost a second consecutive friendly match 6-0.  A month ago it was Brazil and last weekend it was against France.  The result was the last straw for the FFA who sacked coach Holger Osieck.  The state of the national team presents an interesting conundrum for the selectors and everyone has their two cents on what has gone wrong.  The Socceroos are one of the very few teams to have confirmed their qualification for Brazil 2014 and yet the squad is performing at its worse level in nearly a decade and is on track to have the oldest players in the competition with the average age well over 30.  Former player and media pundit Mark Bosnich called on captain Lucas Neill to retire and make way for some young blood.  Neill retorted by blaming younger players for not having enough hunger.

Of course, all of this reshuffling is happening about two years too late.  At least for our chances in Brazil 2014.  Bosnich is right.  Neill and the veteran Socceroos who ply their trade in non-competitive Middle Eastern leagues should have stood down years ago but the last two coaches have been so heavily incentivised on qualifying for the next World Cup that they have not bothered to invest in young talent.  So who’s going to take the helm and develop a long term strategy for the national team?  The rumours point to none other than Ange Postecoglou, who made his name leading the Brisbane Roar to back to back championships.  We’ll know if this appointment comes to fruition by the end of this week.

I’d like to report a robbery!  11 men from Queensland.  They stole all 3 points in the 94th minute.

The Brisbane Roar got their season off to an ideal start – a tricky away win at Wellington against an understrength Phoenix team.  It was a rusty old start to the season.  You were more likely to see a successful pass at New York Comic Con than you were at Westpac Stadium in the first twenty minutes.  Wellington had early territorial dominance in the game and they made it count with a goal coming from striker Stein Huysegems.  The Phoenix would blow an opportunity to double their lead when new signing Kenny Cunningham (dubious name for a South American) was clean through on goal but fired straight at Michael Theo.

The Roar thought they pegged one back on the stroke of halftime but a Besart Berisha goal was ruled offside.  No matter.  He levelled the game 47 seconds after the second half kicked off.  The Roar found their shape and composure in the second half of the game and looked the more likely but as the game rolled into stoppage time, it seemed destined to end in a draw.  A late defensive snafu however gifted Thomas Broich a shot at goal which struck the post.  Ivan Franjic fired home the rebound to give the Roar all 3 points.

It wasn’t the most convincing start to the season but its nice to see the old Brisbane Roar mentality back in the squad.  The 2011 and 2012 championships were built off of stealing games in the dying minutes.

Next week, the first home game of the season against Del Piero and Sydney FC!