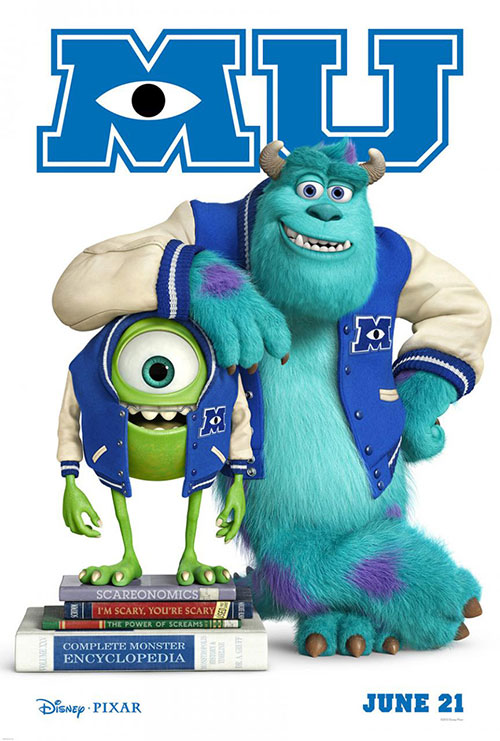 Have Pixar peaked?  Are the best days of the world renowned animation studio behind them?  Probably not, but a miraculous run of inventive and critically acclaimed films in the 2000s have set a ridiculously high bar and a healthy distrust of Hollywood cash-in sequels caused a lot of fans to react with trepidation at the announcement of Monsters University.  I was pretty dubious myself.

I have a hunch that this film exists in part because it’s a bankable film for Disney who must be counting their pennies after releasing Mars Needs Moms and John Carter in successive years, two collosal failures that broke records for the money they lost.  It’s worth noting that all of Pixar’s announced projects after Monsters U are original films.

So how does the film fare?  In short, I thought it was an unqualified success and nails exactly what it sets out to do.  My expectation for the film were initially tempered thanks to some early ho-hum reviews but I needn’t have worried.  To be fair, I love the characters of Sully and Mike so much that I’d probably enjoy the film soley on the merits of spending time in their company, even if they didn’t really get up to much. 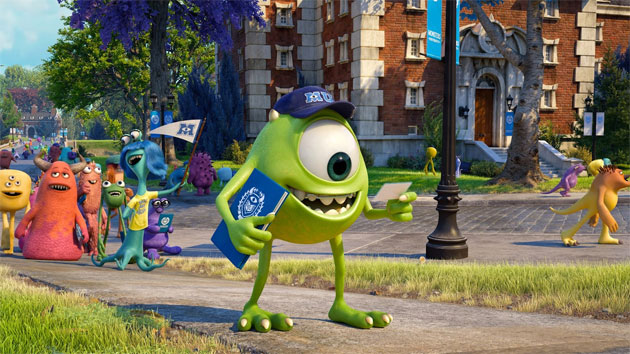 What we get is Pixar’s take on the college underdog story where Mike and Sully in their teenage years attend Monsters University and end up joining a sorority house filled with underachievers and social misfits.  Having faced expulsion from the university’s “Scare Program”, their only hope of reinstatement is to win the campus’ annual “Scare Games”.  It won’t be easy though.  In Monsters University, Mike and Sully are not best of friends.  In fact, they can barely stand one another when they first meet.

Monsters University is that film where we know the final destination (Mike and Sully become BFFs and end up working together) but we can still kick back and enjoy the journey.  The film has an earnest, endearing quality to its humour that kept me smiling and laughing throughout the film.  Mike is an well-meaning doofus as a teenager.  He remains impossible chipper despite being unpopular, uncoordinated and unlikely to attain the levels of greatness that he aspires to.  Sully on the other hand is blessed with natural ‘scaring’ talent but exudes a swagger and cockiness that threatens to squander his potential.

The film is spoiled by an unexpectedly great supporting cast.  The entire Oozma Kappa fraternity are a lovely bunch of no-hopers.  There’s a middle-aged salesman who desperately clings to his old business card as a form of retaining his identity, a mummy’s boy who perennially wears her homemade sweaters, a weird tube-shaped hippy and a two-headed guy who argues with himself.  And those are just the good guys.  The jocks, the cheerleaders and the faculty all have their own charm too.

There is a consistent quality to the Pixar films that attract me to them, whether they are innovative new films like Up or unexpected sequels like Monsters University.  They bob along with a cheery, lightness and colour that is depressingly uncommon in contemporary family films.  The characters are typically intelligent and fun-loving, not sassy and stupid.  The films contain moral lessons about honesty, loyalty and integrity without ever feeling too heavy handed or schmaltzy.  Monster University is obviously not Pixar at their most creatively ambitious but it’s not trying to be.  It’s a fun film that shows that even when they’re not firing on all cylinders, Pixar are still a cut above virtually every other animation studio going today.

Summary : It doesn't hold a candle to the original film but its a fun sequel that gives us more of Sully and Mike Wazowski.

Previous: Australia Decides 2013: Labor Leadership Deathmatch Part III – Game of Thrones
Next: TV Show Round Up: Under The Dome 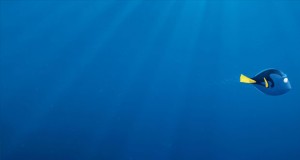