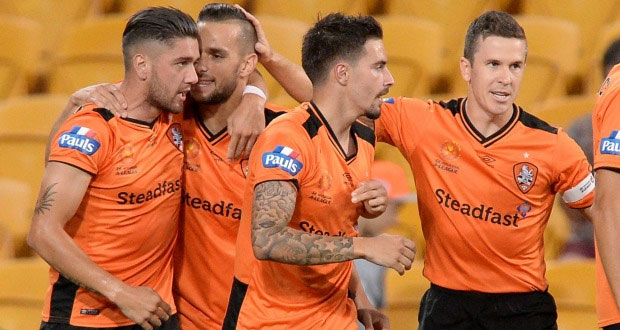 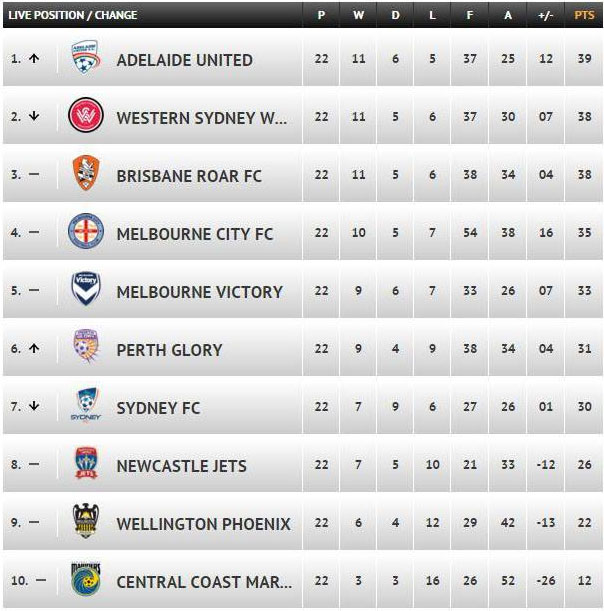 The Roar Bounce Back In Five Goal Thriller

If you’re lucky – and Brisbane Roar fans are very lucky – in each season you get maybe three or four truly memorable matches.  They could be blow outs (7-1 Adelaide), they could be last gasp victories (2-1, Sydney) or they could be spectacular goals that win you a title (1-0, Melbourne Victory).

Last Friday night was one of those nights as Brisbane put the horror losses of the past fortnight behind them and defeated championship rivals Western Sydney Wanderers 3-2 in spectacular fashion.  After taking an early lead through Jamie Maclaren, the game really came to life during a ten minutes period in the second half where 4 goals were scored.  The Wanderers levelled the game after Brendan Santalab won a penalty which Andreu converted and then took the lead after Romeo Castalan scored an individual goal taking advantage of some lousy Brisbane defending.

In a fine show of character (particularly given their current form), the Roar stormed back into the contest.  First, a delightful touch from Maclaren off a Corona cross levelled the score and then minutes later, super sub Henrique found Dimi Petratos who slotted home the winner.

It would be nice to say that the team rectified their defensive issues but they didn’t really.  But whats important is that the team got back to their winning ways and showed some real grit and determination in getting there.  Next week – a huge home game against Melbourne Victory!

Previous: This War of Mine: The Little Ones
Next: Dear Albert