I recently finished reading a copy of John Kennedy Toole’s A Confederacy of Dunces on a recommendation from Something Awful’s Book Barn.

It tells the story of an obese and slothful middle aged man named Ignatius J. Reilly who lives with his mother in New Orleans and is forced to find work for the first time in his life when his mother ends up owing money to the owner of a car park.

At a hair over 300 pages, its a pretty brisk read and I can safely say its one of the most entertaining books that I’ve ever read.  For something written in the early 1960s, the humour has aged incredible well and I found it consistently funny throughout.

Ignatius’ characterization brings to mind the worst stereotypes you could pin on the modern day Internet Male.  He is a sexually repressed social recluse who makes a point of watching films just so he can complain about them.  He is massively obese and has a distrust for contemporary culture and society, preferring to lose himself in obtuse Medieval philosophy instead. 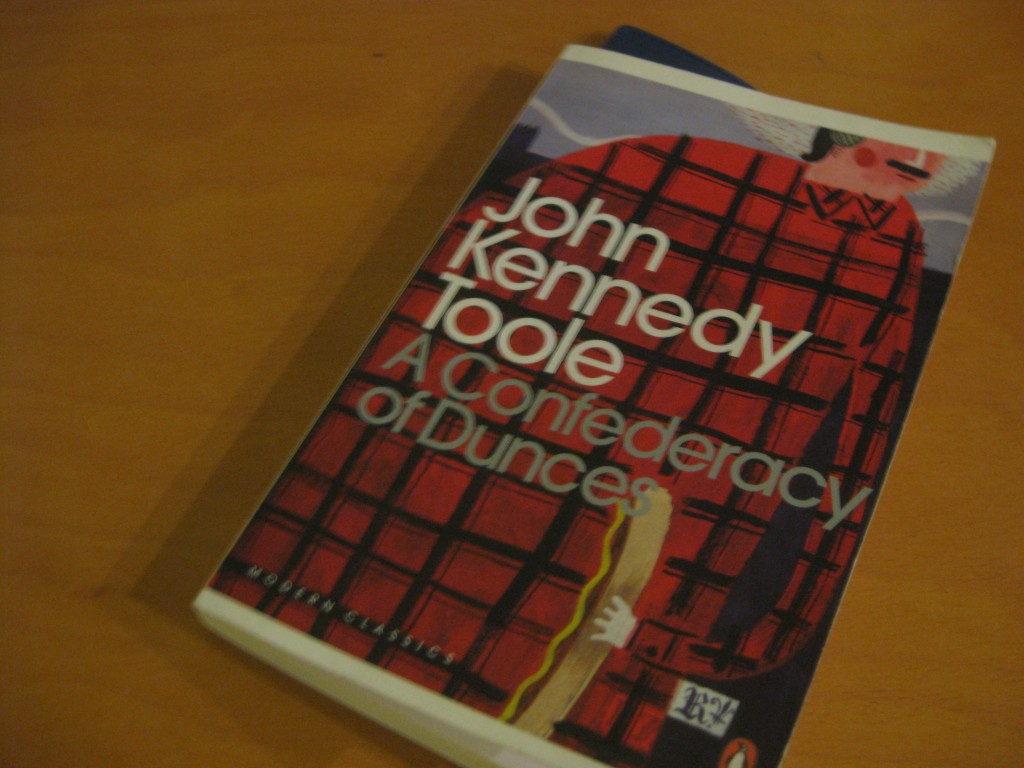 A Confederacy of Dunces: Entertainment at the expense of the morbidly obese

I’d freely recommend this book to anyone who is entertained by the antics of irritating, socially-challenged antagonisers.  Although they all have their own idiosynchrasies, Ignatius’ appeal for me is rooted in the same part of me that responds to John Goodman in The Big Lebowski, Larry David in Curb Your Enthusiasm or Vince Vaughn in Made.

The story of how the book itself got published is noteworthy.  It was the work of a man named John Toole who spent years after completing the manuscript unsuccessfully trying to get it published.  Wikipedia tells me that publishers Simon and Schuster declined to publish it, sending the feedback: “its not really about anything”.

Eventually, Toole fell into depression and took his own life in the late Sixties.  His mother Thelma found a copy of the manuscript and through sheer persistence, eventually succeeded in getting it published almost 15 years after it was originall written.

After reading Dunces, I’m not really sure where to go from here.  I think I’ve just about had my fill of reading Agatha Christie books (although a blog about Hercule Poirot is forthcoming!)

Tagged with: Book Club The Confederacy of Dunces