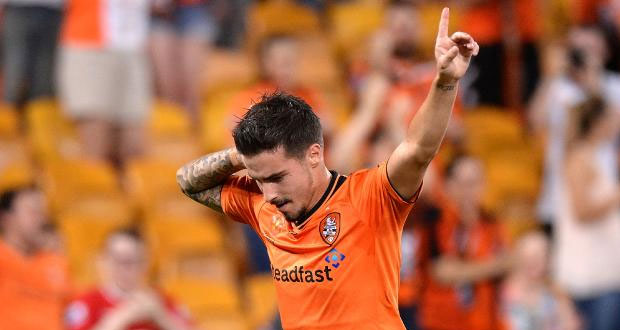 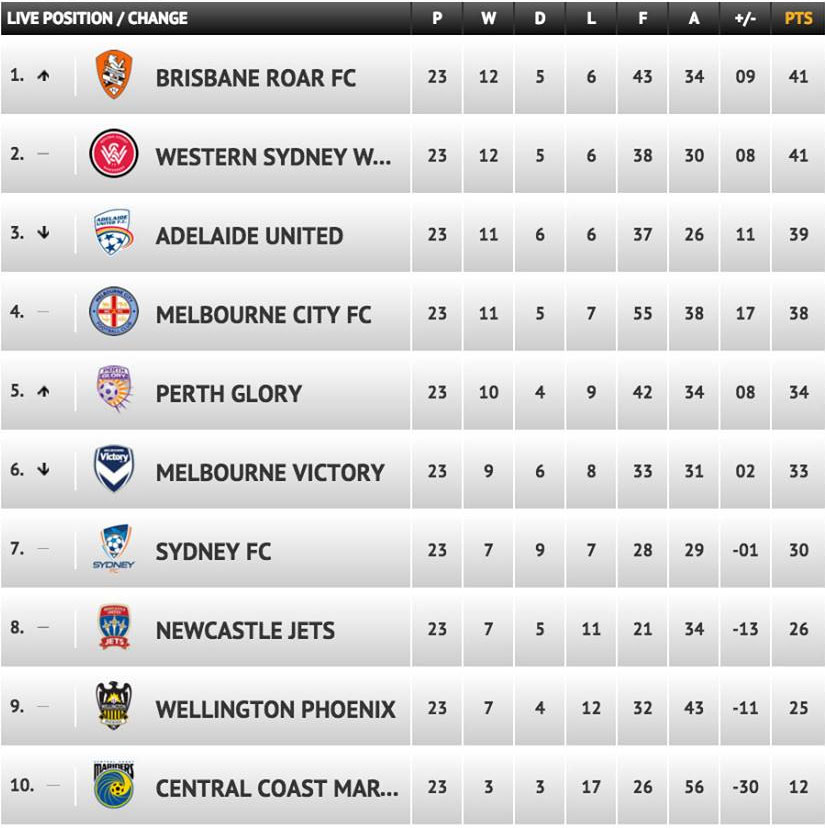 Brisbane Roar are the talk of the competition again.  After a second form slump of the season in February, the club well and truly marked a return to form with back to back wins over former league leaders Wanderers and defending champions Melbourne Victory.  That they absolutely demolished Victory 5-0 (tying Victory’s worst ever losing margin) served to fire a warning shot across the bows.  The old Brisbane Roar is back.

The game was an even contest for the first fifteen minutes.  But the Roar were finding a lot of room on Brandon Borello’s wing as he and Jack Hingert regularly got behind Rashid Mahazi and Scott Galloway.  Maclaren’s quick reflexes saw him put the Roar in front after he pounced on a miss-hit clearance from Ben Kalfallah.  Then the Victory had a penalty shout waved away and an extraordinary 30 yard pass from Man of the Match Dimi Petratos found Maclaren who tidly lobbed the ball over an on-rushing Danny Vukovic to bag his second.

From there, it was all one way traffic.

In the second half, Corey Brown scored his maiden A-League goal, firing a shot from outside the penalty area which deflected off Besart Berisha and into the net.  It was Berisha’s most noteworthy contribution to a forgettable game for the Albanian.  He was subbed off ten minutes later.  From there, the Roar continued to blow through Victory’s defence with shocking regularity and Corona eventually chipped in the 4th goal before Maclaren capped off a perfect night by scoring a hattrick.

For the Victory it effectively ends their already slim chances of defending the Premiere’s Plate.  The club has had a disappointing season and aren’t even a certainty to make the finals.  Besart Berisha continues his indifferent run of form and the club seems on the verge of a rebuilding phase as Kosta Barbarouses is due to depart the club and you get the sense that Olly Bozanic hasn’t been able to fill in the gap left by Mark Milligan.

For the Roar, this win also perhaps signals a changing of the guard.  Long standing players Shane Stefanutto and Michael Theo were dropped for Corey Brown and Jamie Young.  The jury is still out on Brown but at this stage I think most fans prefer to see Young as the first choice keeper – an extraordinary turn around from the gaffe-prone debut he made for the club last year.

It’s taken the Roar two seasons but at last they seem to have found a replacement for Besart Berisha in Jamie Maclaren.  Maclaren is currently on an extraordinary purple patch of form and he is poised to break the all time goal scoring record for Australian players in the competition (he’s tied Daniel McBreen with 4 games to go) and he is hot on the heels of Bruno Fornarolli for the Golden Boot.  It seems symbolic that J-Mac delivered his best performance for the Roar to date in a game that also had Berisha’s worst game for the Victory.