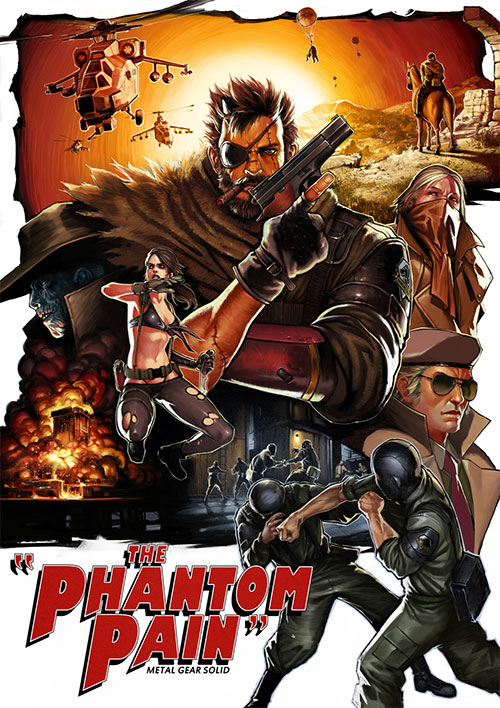 When Big Boss, the hero of Metal Gear Solid V, confronts an enemy soldier in the arid terrain of Afghanistan, he is presented with many choices.  He could shoot to kill the soldier using weapons ranging from handguns, rifles, semi-automatics to grenade launchers.  He could choose to incapacitate the soldier with a tranquilizer dart.  He could sneak past the soldier, maybe crawling on his belly, tip toeing around them or using the cover of darkness to aid him.  He could take him hostage by drawing a gun on him or putting a knife to his throat, interrogating him for useful intel.  He could knock him out and zip him out of the hotspot using a ‘fulton’ balloon.  He could sick his dog on him.  He could order a sniper to take him out.  He could use a bi-pedal mech to dispatch him.

Or he could turn around and go the other way.

When it comes to gameplay mechanics, Metal Gear Solid V is the first ever open world game in the series and it offers players an unparalleled number of choices.  Not only are there a multitude of ways to approach enemies, the choices you make can be influenced by a whole host of other factors.  Is it daytime or nightfall?  Are there other soldiers around?  Is your mission briefing predicated on discretion or can you charge in guns blazing?

Metal Gear Solid V is Hideo Kojima’s swan song with the series, which he has poured his heart and soul into for over twenty five years.  It is by far the biggest game in the series and the switch to an open world environment has improved the game in the best way possible.  MGS V feels fresh, re-invigorated and is far more contemporary than Metal Gear Solid IV, a much more linear game which has its own merits but was showing its age when considering its core gameplay.

Metal Gear Solid V also takes a base building concept first introduced in the handheld title MGS Portable Ops and adds it to the mainline series for the first time.  Players are able to capture mercenaries and extract them from the hotspot using a weather balloon device called a Fulton.  The Fulton is a glorious addition to the game and has a hilarious animation that dramatically whisks people skyward.  The in-game record keeping tells me that I have fultoned over 500 people in the game and it never, ever got old.  Better still, once upgraded, the fulton can basically capture anything that isn’t pinned down to the ground.  Animals, artillery, vehicles, shipping containers…even tanks.  It’s a unique mechanic that becomes compulsive in a Pokemon ‘gotta collect ‘em all’ sort of way.  Once you master the art of quickly incapacitating an enemy hotspot, it feels incredibly satisfying and cathartic to run around strapping a fulton onto everything in sight.

The base building mechanic is both substantial and disappointing at the same time.  After accumulating enough troops, you can begin to unlock new features including the ability to expand your base, research and unlock new weapons and send troops out on missions of their own to produce more resources.  Unfortunately the base building aspect of the game became worse after the game’s launch as an ungainly ‘freemium’ model was shoe-horned into the game, encouraging players to spend real money to speed up construction and unlock extra content.  A pity, since the core base building system is pretty sound.  It’s certainly not anything that’s egregious enough to spoil what is otherwise a superb game however. 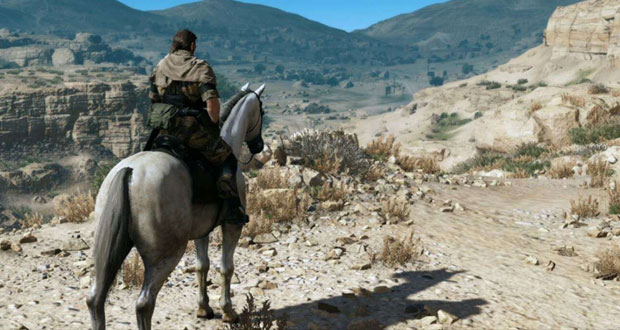 Metal Gear Solid V has a ton of content.  For his final hurrah, Hideo Kojima appears to have pushed his team to the hilt and produced a mountain of challenges for the player to tackle.  If anything, I would venture to say that at a certain point, perhaps he’s spread the game too thin.  It is an absolute thrill to play but after the fifty hour mark clocked over, I felt that I had my fill of the game and had revisited some locations one time too many.

On the flip side, if there is one aspect of the game I would like to have seen more of, it is Kojima’s signature excess and flair with regards to the cut scenes.  In a genuine shocker that few people would have predicted for the esteemed game designer’s final MGS game, MGS V is weirdly lean on story content with cut scenes being few and far between and the content doesn’t come close to rivalling either the length or the craziness that takes place in MGS IV.

Although most of the game is bereft of Kojima’s usual cinematic stylings, the notable exception is the games incredible introduction which is set in a hospital.  This sequence which runs for roughly an hour is one of the most jaw dropping opening passages of play that I have ever experienced in a game.  It is part horror, part action and sets the players expectations for a level of storytelling intensity that the rest of the game can’t sustain.  It’s a real pity and perhaps the absence of more cut scenes is one of the concessions to the game development getting cut short when Kojima and Konami parted ways in acrimonious circumstances. 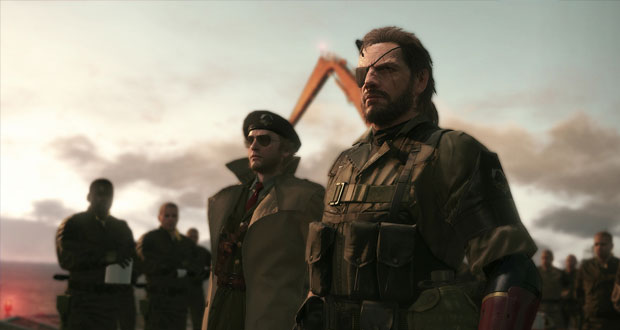 It should be noted that after a run of four games, voice actor David Hayter was replaced by Hollywood actor Keifer Sutherland for the role of Snake.  This was a source of much controversy with fans prior to the game’s release but ultimately, Sutherland was a reasonable replacement and it didn’t take me long to get used to the switch.

In many ways, it still seems hard to believe that Kojima has parted ways with Konami and this is really it.  Kojima and Metal Gear feel as synonymous as Miyamoto and Mario.  He was one of gaming’s true auteurs and although it remains a valuable and cherished IP, it seems nuts to think in future, Konami will forge ahead with a Kojima-less successor.

But if this is to be the send-off then at least it’s a fond farewell for Kojima and his fans.  Moment to moment, there wasn’t much else in 2015 that could top the thrill of riding a chopper across the savannah to the accompaniment of a David Bowie soundtrack.  The Man Who Wasn’t There blares over the PA as you land a click away from the enemy base camp.  You scout the area.  Count up the troops.  Make yourself a game plan.  Then move in.

Platform:  Playstation 4 Developer:  Kojima Productions Publisher:  Konami When Big Boss, the hero of Metal Gear Solid V, confronts an enemy soldier in the arid terrain of Afghanistan, he is presented with many choices.  He could shoot to kill the soldier using weapons ranging from handguns, rifles, semi-automatics to grenade launchers.  He could choose to …

Summary : A fitting send off for Hideo Kojima on his beloved Metal Gear series. The Phantom Pain is as creative and expansive as the series has ever been.