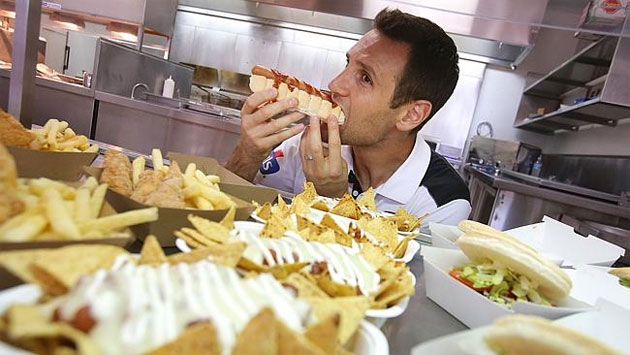 Brisbane Roar snapped their three game winless streak at home against a turgid Perth Glory last week.  It was a game in which we lacked the speed and fluency that brought us so many goals and wins at the start of the season and we looked creaky at the back.  Perth Glory had no less than 3 chances in the opening five minutes where they were clear through on goals but they failed to capitalize on a single chance.  Brisbane Roar aren’t quite firing on all cylinders at the moment but Perth Glory are playing like a team that know they’ll finish bottom of the table even with six rounds to go.

The highlight video at the top of this post tells the story.  Our first goal is reasonable.  The second goal is ridiculous keystone cops stuff.  By the time we score our third goal, Perth Glory’s defence appears to have stopped trying.  And then for good measure, we give away an absolutely stupid goal for no reason.

The club has chopped and changed managers many, many times in the past three years but the reputation of the club being run by the locker room remains.  One suspects that Kenny Lowe won’t survive the season as manager but surely the man who has to go for the club to successfully start rebuilding is their sometimes captain/sometimes left-out-of-the-squad-entirely midfielder Jacob Burns.

This weekend, Brisbane Roar play Adelaide United at home.  Its been billed as a potential preview of the Grand Final.  I don’t know about that exactly but I have a feeling that Adelaide, who are in red hot form, are going to absolutely kick our asses.  I hope I’m wrong but I think we’re far from playing our best football and Adelaide seem to have the measure of us at the moment.  Once upon a time, a new signing at Brisbane Roar named Besart Berisha scored a six minute hattrick for the Roar when they demolished Adelaide 7-1 at home two seasons ago.  We haven’t beaten them at Suncorp since then.

Previous: Mitchell and Chrystal’s Wedding
Next: The Collector: Trading Cards