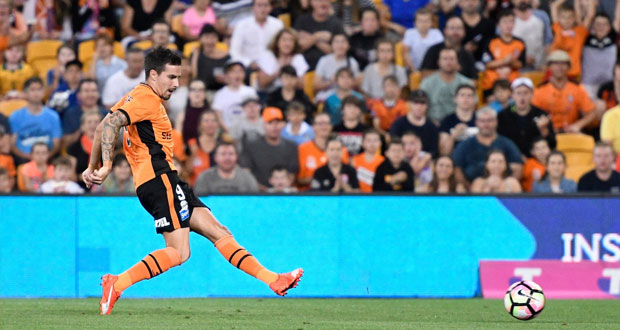 But from the days of Ange Postecoglou five years ago to John Aloisi today, Brisbane Roar have always been a team associated with attacking flair and a possession based playing style.

When Tim Cahill and Melbourne City came to town, Aloisi and the Roar squad took five years of expectaction and turned them on their head by playing a counter attacking game of football where the team sat deep and let City come at them.  The ploy worked as the Roar shut out Melbourne City from having a single shot at goal.  The Roar took their chance when they had it with Jamie Maclaren scoring in back to back games and buring a chance near the edge of the penalty area.

It was a third consecutive win for the Roar and the best they’ve played in some time.  The win moves them into second on the table.