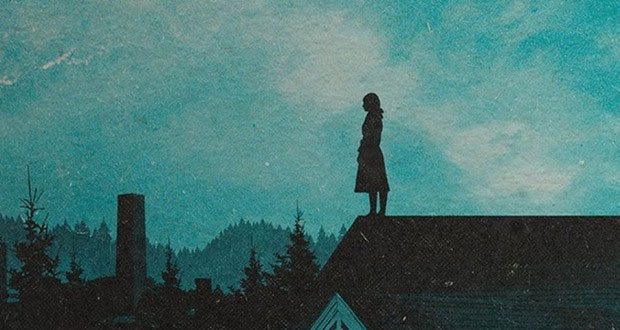 If you ask me, the idea of a tv show based on a Stephen King multiverse sounds both crazy and a stroke of genius.

Castle Rock is that show.  Produced by Hulu in collaboration with the master of horror himself, the show is set in Maine (where else?!) in the sleepy town of Castle Rock where there is a lot of horrific and unexplained phenomena affecting its residents.  The pilot begins with the warden of Shawshank prison committing suicide after he can no longer come to terms with the 27 year long imprisonment he has imposed on a mysterious, ageless being known only as The Kid.

We mostly learn about the town of Castle Rock through the eyes of criminal attorney Henry Deaver (Andre Holland).  Deaver grew up in Castle Rock and is best known by local residents for a period of time in his teens where he went missing for a fortnight only to turn up in the woods, both unharmed and suffering from amnesia, unable to explain what happened to him.

Deaver is introduced to us as The Kid’s defence attorney but even Deaver is unsure what to make of him or whether he can trust him.  As the story unfurls, the same could be said of almost everyone else in town.  There’s Molly Strand, Deaver’s neighbour who appears to be able to telepathically connect with complete strangers and may hold the key to understanding what happened to Deaver when he went missing.  Deaver also has an estranged relationship with his adoptive mother Ruth (Sissy Spacek) who is in a relationship with the retired sheriff Alan Pangborn.

Deavers is presented as the show’s moral centre, but the viewers are even kept guessing as to his own true nature at times. 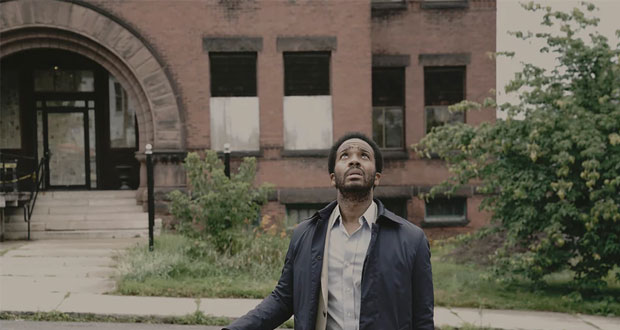 And this is the way it is with Castle Rock as a whole.  It is a challenging and perplexing series that keeps its cards close to its chest.  In many ways, the show is evocative of Lost and whatever positive and negative connotations you may draw from that.  The show gives viewers many questions and keeps its answers mostly ambiguous.

Castle Rock certainly rewards fans of Stephen King with ample references, big and small, to his most famous stories and their cinematic adaptations.  Eagle eyed viewers and those with keen attention to detail will notice characters sharing the same surname as those from The Shining or Misery etc.  To be honest, I thought overall the producers exercised a reasonable amount of restraint with the Easter Eggs in the show.  It never felt over the top.

More importantly, I think they nailed the feeling of what makes a good Stephen King story.  There are macabre and gruesome moments that would do King proud and the actual setting of Castle Rock, Maine is so moody and full of atmosphere that it feels like a character in of itself.  The mysterious and uncertain nature of the show is carried by a fantastic central performance from Bill Skarsgard as The Kid.  Skarsgard is one of those wonderful talents who can have viewers interpreting all sorts of things about his mood and his intentions all with a subtle shift of the eyes or a slight change to his gangly and distinctive posture.  Playing off of him, Andre Holland is an excellent every-man, trying to make sense of the craziness he sees before him.

Castle Rock concludes its first season with a low key and subtle final episode that appears to close the book on the story of The Kid but not on the town itself.  A post-credits sequence suggests a second season set in The Shining‘s Overlook Hotel and the potential for what that could hold is enough for me to jump back in when Castle Rock returns.

Previous: Life As A Stay At Home Dad
Next: The Mystery of Three Quarters by Sophie Hannah