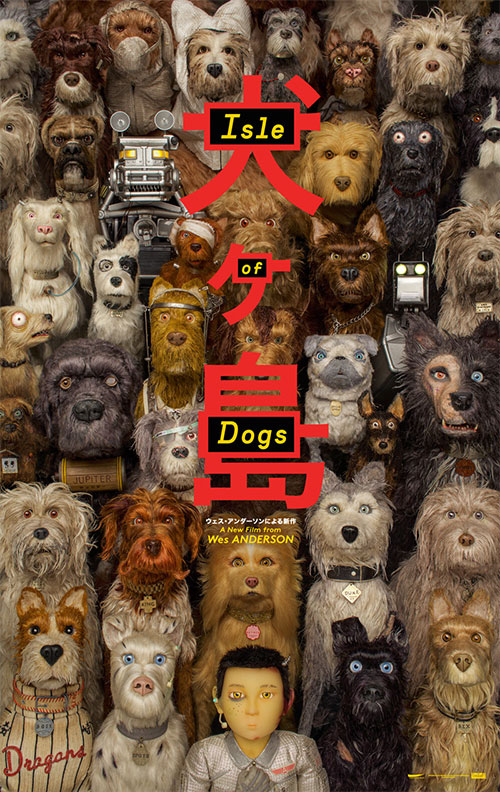 In a alternate reality Japan of the future, the country is overrun with a virus spread by canines.  The mayor of Megasaki City – authoritarian Kenji Kobayashi – decrees that all dogs are to be banished to Trash Island, despite the protestations of Professor Watanabe who claims to be close to finding a cure.  The first dog exiled to Trash Island is Spots, a pet belonging to Atari (Koyu Rankin), the orphaned nephew of the Mayor.

Atari flies – and crashes – a plane into Trash Island and is rescued by a pack of dogs lead by Chief (Bryan Cranston).  The dogs decide to help reunite Atari with Spots. 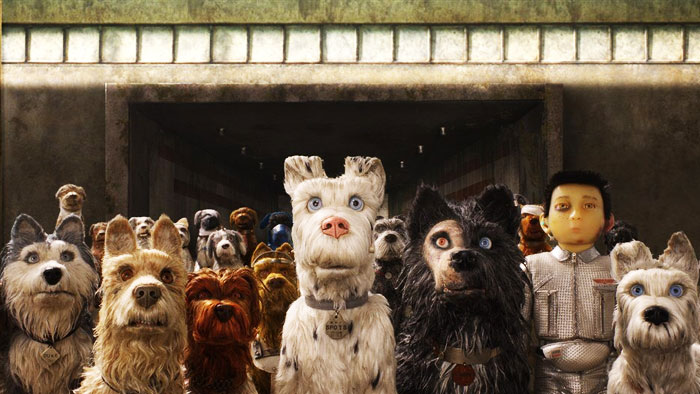 I watched Isle of Dogs a good six months after its cinematic release and I had forgotten the film had a backlash online for its portrayal of Asian culture.  That was until I got about ten minutes into the film myself.  There’s no real beating around the bush on this one.  It’s a shitty and otherwise unremarkable Wes Anderson film but it deserves all the notoriety it got back in February.  It’s racist as hell.

The film could charitably be described as having some small nods to Asian cinema.  At a stretch, Chief and his crew could be seen as a metaphorical spin on Kurosawa’s Seven Samurai.  But honestly, what the hell was going on with the producers who signed off on this trash pile?  It has every lazy Asian stereotype in the book.  Here’s a checklist – sumo wrestlers, cherry blossoms, Hokusai’s The Great Wave, robots, Taiko drums, haiku poems and Buddhist temples.  They are all unceremoniously lumped into the backdrop of Isle of Dogs as window dressing.

Whilst the film is happy to borrow all these cultural tropes, it takes the creative decision to give the dogs of the film voice acting from famous American actors and then doesn’t bother to provide any subtitling for the Japanese humans in the film.  In other words the dogs speak English and the Japanese are purposefully made unintelligible to the audience.  It is shockingly dehumanising.  This film, that plays for deadpan comedy, has no qualms about an extended (and pointless scene) of sushi preparation that invites the audience to squirm at how the food is made and whose sole purpose appears to be encouraging revulsion at Japanese culture.  The cherry on top of the shit sundae is Anderson using imagery of a mushroom cloud.

The saddest thing about this whole sorry film is that it feels like an act of political cowardice on Anderson’s behalf.  To make a film fifteen months after the U.S Presidential elections about an authoritarian leader who demonizes others and rallies the public in an anti-science agenda clearly suggests that a political allegory was the nucleus of this film’s inception (there’s even a line about Kobayashi stealing his re-election).  But to take that story and ship it all the way over to Japan and reframe it so that the film’s only white, blonde character can roll in and save the day is some utter bullshit.

I’ve liked many of Anderson’s films.  Probably more than most people.  But there’s no excusing this.  If we even needed a reminder of why films like Crazy Rich Asians are important, consider this – if Crazy Rich Asians wasn’t released in 2018, Isle of Dogs would be the most profile film about Asian culture to come out of Hollywood this year.  Fuck that.

Set in Japan, Isle of Dogs follows a boy’s odyssey in search of his lost dog.

Summary : A weirdly tone-deaf cookie cutter effort from Anderson that trades in lazy racist caricatures and stereotypes. He should know better.

Previous: Shadow of the Tomb Raider
Next: Mandy