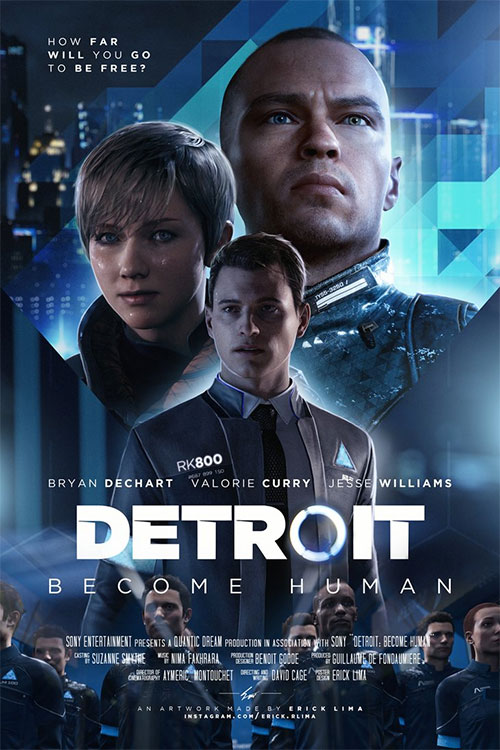 Interactive storytelling has come a long way in recent years.  Telltale Games had an incredible rise and fall where their fortunes soared upon the release of The Walking Dead in 2012 before mismanagement and market saturation saw them go bust before they could even finish The Walking Dead Season Three this year.

Graphic novels have exploded in popularity and are a prominent feature on the Playstation Store and Nintendo eShop.  There’s also been some sleeper hits in the form of Dontnod’s Life Is Strange and Supergiant Games’ Until Dawn, both excellent games in their own right.

With that said, there are few modern developers who have focused exclusively on the interactive storytelling medium longer than David Cage and his team at Quantic Dream.  Detroit: Become Human is their latest game. 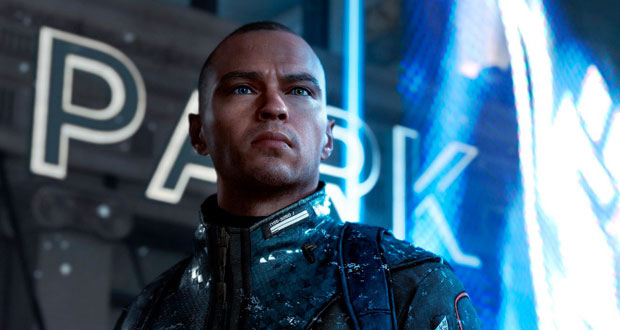 Set in the near future, Detroit Become Human explores the idea of what happens when androids are introduced into society to replace the working class.  They are the waiters, drivers, caretakers and street sweepers of the future.  Tensions run high as the unemployment rate of humans soar and resentment towards androids who have taken their jobs is barely contained by law enforcement.  As this hostility begins to turn into actual violence, we see how the androids respond through the eyes of three playable characters – Markus, a caretaker for an elderly artist; Connor, a detective for the police force; and Kara, a housekeeper for an abusive drunk.

As a B-grade sci-fi action adventure told in the vein of Upgrade or I, Robot, this is a thoroughly entertaining romp.  The visuals in Detroit are very striking and it has some of the best characters he has ever conceived (Connor in particular is a hoot).  Perhaps its not David Cage’s intention but his writing has generally had a stilted quality to it, so putting that language into a game about androids is perfect.  All three characters – Connor, Kara and Markus – are quite distinct and although their journeys momentarily overlap – I think players will be engaged in the outcome of all three.

The game makes an interesting choice in showing you all the available branching paths at the end of each chapter.  Although you might think it hampers the storytelling to be so open about the wires and string that hold it together behind each sequence, it actually heightened my engagement with Detroit and I’m genuinely impressed at the expansiveness of each chapter and how it can unfold.  You can compare your journey with that of your friends and again, it’s neat to see that out of the ten or so friends on my friend list that played Detroit, there were many chapters where the outcome I saw was a wholly unique experience to me. 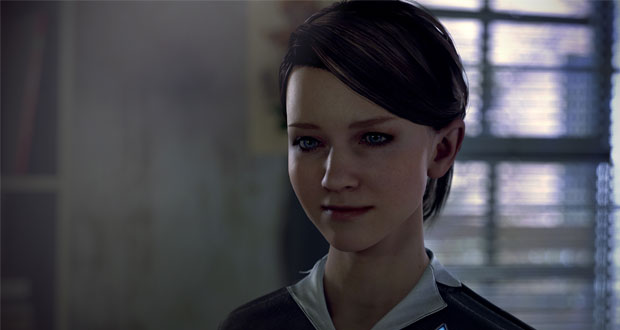 There have been some ambitious interactive storytelling games recently that have made me rethink what the medium can achieve.  Consider a game like Dontnod’s Life Is Strange Season Two which is tackling the tale of two young migrant boys who flee America for the Mexican border.

David Cage has never been shy about his narrative ambitions and his previous games have often aspired to say something about the Human Condition.  Unfortunately, Cage seems to lack a basic level of self-awareness about his own creative limitations and that has lead to some pretty cringe-worthy moments in Beyond Two Souls and Heavy Rain.  Detroit Become Human is no different.  When it gets it wrong, it really gets it wrong.

There’s a scene in the game which portrays domestic abuse and specifically, child abuse.  Hank, an unemployed drunk and drug user, lashes out at the dinner table and strikes his daughter Alice.  Now, I don’t think that video games should necessarily avoid exploring challenging subject matter like this but it should be handled with a deft touch and with a modicum of understanding of the seriousness of what is being conveyed.  Cage’s Choose Your Own Adventure jaunt probably isn’t the ideal vehicle for such an endeavour.  At the end of the scene in which Hank strikes Alice, a cheerful ding! noise alerted me to a game trophy I unlocked for completing the chapter.  It felt so tacky to couch that moment with a Congrats On The Video Game Achievement signifier and I can’t quite believe that sequence made it QA testing without something saying something.

Despite that, overall I had a good time with Detroit: Become Human and I think it is Quantic Dream’s best game to date.  It’s a game that seems to have magnified the best and worst traits of Cage’s style.  I think he’s a good Ideas Man that conceptually has dreamed up some great concepts for interactive storytelling.  I just think he needs an editor with a firm hand to reign in some of the blind spots he has.  Detroit: Become Human is a mixed bag but its not without merit.

In the future, a civil war is brewing between androids who have been created as a subservient underclass and resentful humans whose lives have been displaced by them. Detroit: Become Human follows the fortunes of three androids caught in the conflict.

Summary : It has all the hallmarks and blemishes of a David Cage production but this is no doubt his best work to date.