Rockstar’s Grand Theft Auto series is a video gaming institution.  I was reminded of just how widespread the game’s cultural influence spread in the week leading up to GTA V when people in the office who I had no idea even played video games suddenly piped up in anticipation for the latest release.

It’s been five years since Nico Belic searched for a new beginning in GTA IV and a lot has changed since then.  GTA IV released just as the current generation was starting to hit its stride in 2008.  Fast forward to 2013 and GTA V feels like a last hurrah for the Xbox 360 and PS3.  It’s the final genuinely interesting, high profile release before the imminent arrival of the Xbox One and Playstation 4.

Time hasn’t been particularly kind to GTA IV.  It’s clumsy attempt at a more mature storyline was an admirable failure at best while its oppresive interpretation of social media, which comprised of cousin Roman inviting you to go bowling every ten minutes, feels as intrusive and annoying as a random battle encounter in a JRPG.

Happily, GTA V is an enourmous step change from its precursor and is an emphatic conclusion to the storytelling and gameplay lessons learned by Rockstar this generation.  If the shooting mechanics and story telling were underwhelming in GTA IV, then GTA V hits the mark by drawing clear influences from the publisher’s own Red Dead Redemption and Max Payne 3.  It also draws lessons from other sandbox games (Saints Row, Yakuza etc) to give the franchise some much needed modernization.

In GTA V, for the first time, players play not one but three protagonists.  Franklin, an African American street hustler and Michael, a wealthy career criminal suffering a midlife crisis, are familiar character types that harken back to the days of San Andreas and Vice City.  The third character, the homicidal maniac Trevor, is an intimidating, unpredictable psychopath and brings interesting new wrinkle to the series.

All three characters are inherently bad people but players will warm to them as anti-heroes.  Well, maybe not Trevor. 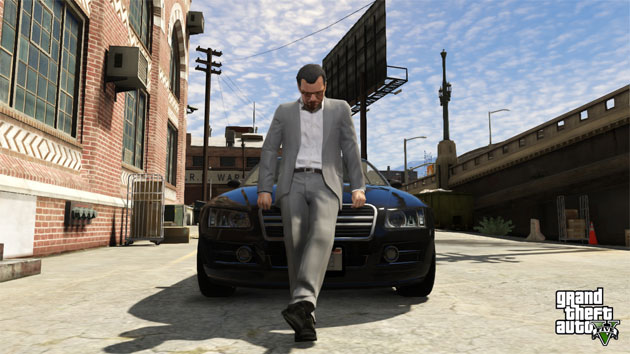 The decision to use three characters is a wise one.  The 30 hour campaign for Nico Belic ran far too long in GTA IV and by the end, he has embarked on an improbably convoluted and drawn out narrative that wore out its welcome.  In GTA V, players can swap and change between the three characters at their leisure and it gives players some much needed control over the type of mission they wish to engage and to some extent, the tone of the narrative they’ll experience.  The story mode is comparable in length between GTA IV and GTA V but the latter feels much shorter and fresher due to the diversity it offers.

For a game that takes five years, a thousand people and some ungodly number of hours to develop, one of the most remarkable compliments you can pay GTA V is how fresh and topical it seems.  The talk back radio jokes and satire are so on the nose it reminds me of a timely episode of South Park that makes a story out of a current event.  In what can only be a serendipitious twist of good fortune for the developers, Rockstar have made a game that is principally concerned with a corrupt government branch that spies on Americans mere months after Edward Snowden leaked the details of the NSA Prism program to The Guardian.  As people have come to admire with Rockstar, they are one of the few developers to really not pull any punches or shy away from taboos with their content.  Although they are equal opportunity offenders and happily lampoon vegetarian hippies as cheerfully as they bash organized religion, the lion’s share of the creator’s venom is targeted at American government and its abuse of power and civil liberties.

All of this is well and good for the game’s presentation but it would amount to little if the gameplay did not get a much needed overhaul and its here that Rockstar shine the brightest.  Since GTA 3 first ushered the franchise into a 3D environment, the mission format has remained disappointingly conservative.  Go here, shoot him.  Drive there, collect that.  One task, no checkpoints, rinse and repeat.

After the improvements in GTA V, the series can never go back and I suspect neither can other sandbox games.  While GTA still has the occasional errand to run or a gangbanger to assassinate, the game’s main course consists of six heists that require planning, hiring a crew and multiple options on execution of the plan.  I don’t wish to spoil the later missions so I’ll talk to the first option – a jewelry heist.  I opted to take a stealthy approach and had Michael scope out the security in the venue.  After disabling the camera feeds using a hacker for hire, I arranged to knock out the guards using sleeping gas in the vents before making a grab for the loot and escaping by motorbikes.  Because I skimped out on hiring an effective getaway man, he ended up caught by the police.  When I consulted with a friend, I learned that he went in guns blazing, stole only half the loot but was able to muscle his way out without anyone getting caught.

This sort of diversity and depth bring a whole new level of enjoyment to the game.  The missions often derive their influences from classic Hollywood action and caper films.  There’s nods to everything from Heat, Ocean’s Eleven, The Italian Job to Fast and the Furious.

This all adds up to one incredible package that is GTA V, the new benchmark in sandbox games.  It’s consistently funny, smart and innovative.  It is packed with jokes on billboards and easter eggs in side missions that will go unnoticed by 99% of players but it always rewards the curious who go exploring off the beaten path.  Even the soundtrack is just about perfect for me.  It has All Saint’s Pure Shores and Def Leppard’s Photograph on the radio stations so I’m a happy camper.

It wasn’t until the end credits rolled (for forty five minutes!) and the game interspersed the creators names with footage of Los Santos that I realised how little of the game I saw in my 30+ hours of play time.  There were whole sections of woodlands and mountain areas that I missed.  Side streets that I drove past.  Even in areas that I travelled to, such as the airport, I noticed in the end credits that there were tiny little details, like working striplighting on the runway, that I hadn’t noticed during normal play.  Los Santos is brimming with detail and feels alive, cohesive and coherent.  When I was little, I always liked the idea of a ‘perfect’ video game being a living breathing world where you could do ‘anything’.  This game isn’t that exactly but it comes a damn sight closer than any sane game developer would ever be expected to attempt.

Summary : Rockstar have learnt lessons from GTA IV's shortcomings. The multiple characters, the intricate heists and the improved cohesion between the narrative and the gameplay are welcome improvements. One of the best games in the series. 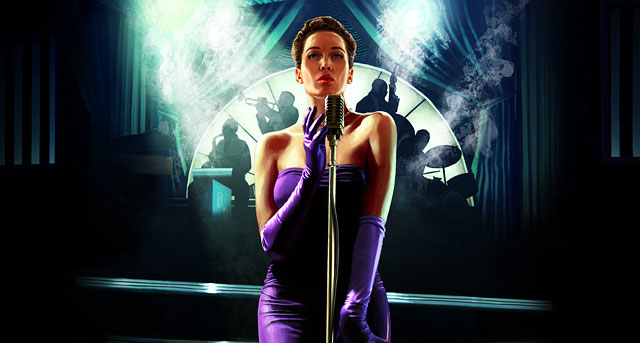 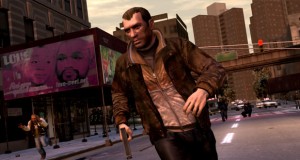