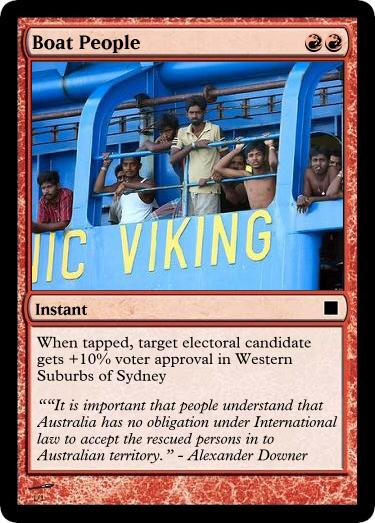 John Howard first played this political move in his second term as Prime Minister.  When he incorrectly asserted that aslyum seekers on the boat were throwing their children overboard in a ploy to ensure their rescue and entry in Australia it contributed significantly towards his re-election in November 2001 with an increased majority where polls showed significant voter approval towards his tough immigration policy.

Hanging shit on asylum seekers is political gold.  As an incumbent, all you need to do is assure the public they will keep Australia’s borders safe from ‘a tide of boat people’. 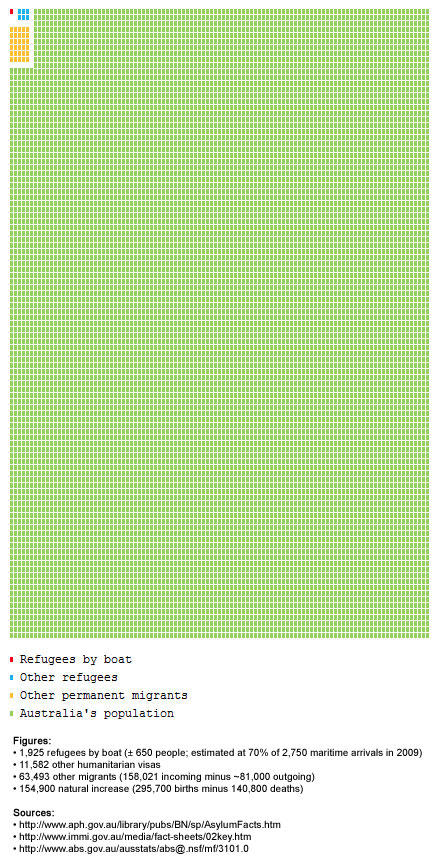 Influx of asylum seekers into Australia

Julia Gillard is a savvy politican and she’s clearly aware that she has plenty to gain by raising the topic of  Asylum Seekers as an election issue.  Apparently, it doesn’t even matter if her policy doesn’t actually even come to fruition.  So even though she proposed having an offshore detention centre in East Timor last week before she got approval from East Timor’s prime minister, who basically told her to go fuck herself, the net result is 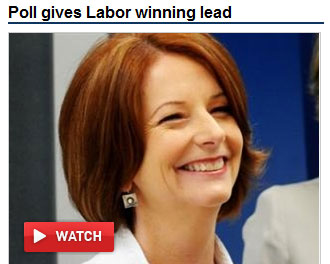