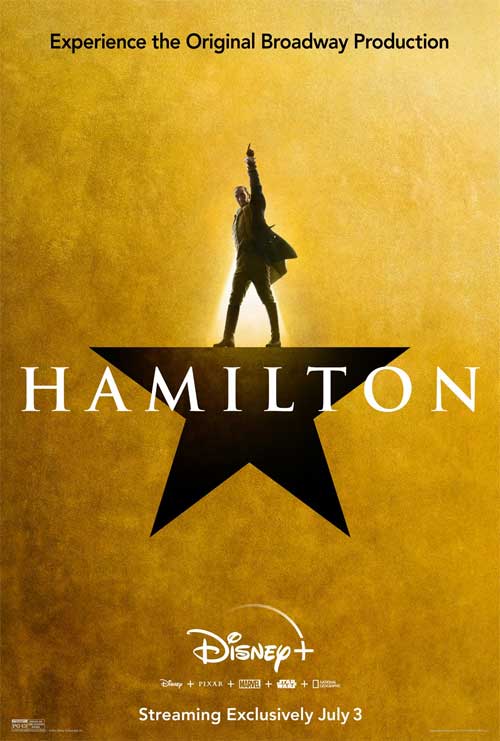 Hamilton is the biggest musical of all time.

It broke box office records for its takings in 2016 (including a mindboggling $3 million in a single week).  It was nominated for a record 16 Tony awards and won 11.  But even those types of numbers don’t really do it justice.  It has become part of the cultural zeitgeist of the last four years.  “I will not throw away my shot”, “Talk less, smile more”, “the room where it happens”.  Dear Theodosia.  Helpess.  Satisfied.  Wait for it.  All these lines, all these songs.

There seemed to be a serendipitous sequence events ever since Miranda first debuted an early version of the title track at the White House in 2009.  The musical is historical in nature but Miranda’s infusion of hip hop lyricism and casting of People of Colour made the work feel contemporary and pointedly relevant as a social movement has swept popular culture in recent years to be more inclusive.

It’s popularity also lined up with the surge in popularity of music streaming services like Spotify so the album became easily accessible to anyone who might have heard about it in passing.  In fact, until 2020, that was how the overwhelming majority of Hamilton‘s fans knew Miranda’s work.  After the original cast had moved on, new productions had begun to run in Chicago, Los Angeles, London and Melbourne but the price of tickets and overwhelming demand still largely locked out the average fan. 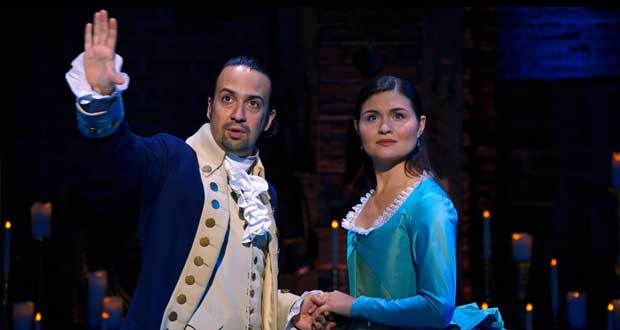 The Broadway production of Hamilton with the original cast had been recorded in 2015 but it wasn’t intended for release until 2021.  Then, when COVID struck and musical theatre around the world came to a standstill, Disney announced they would bring forward its release by a full year and make it available on their streaming service at no extra cost.  All of sudden, fans who had longed to see the production for years had the show beamed right into their living room.

So for fans (such as myself) who have listened to the album countless times – how is it?  Is it weird watching a theatre production shot on film?  Is there any new insights gleamed for watching the show this way?

In short, it’s an absolute delight.  The production is highly cinematic in nature thanks to the use of multiple camera shots, some subtle but effective editing and a stage set up with a revolving floor that sweeps the performers into and out of the foreground during each number.  To absorb all this with the live audience in Richard Rodgers theatre who gasp, cheer and applaud in response to the show is a fantastic way to engage with Hamilton for those of us who never saw that initial run.

As expected, the primary cast are incredible.  Miranda doesn’t miss a beat and fires off rapid-fire lyrics with verve and passion.  Philippa Soo, Renee Elise Goldsberry and Leslie Odom Jr are arguably the most talented vocalists and its a joy to watch their physical performances after hearing just their voices for so long.

Some other new impressions I came away with:  Jonathan Groff damn near steals the show with his manic expressions and gobs of spit during his numbers as King George III.  He is so, so good.  I also didn’t expect that there would be a fresh plot spoiler of sorts as a major character dies in the stage production that isn’t explicitly mentioned in the soundtrack of Hamilton.  Lastly, I liked that there were fresh visual concepts to engage with, such as the meaning of Eliza’s gasp in the final shot of the show. 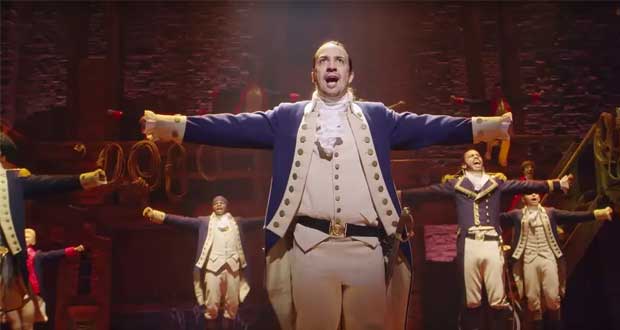 In short, this is everything I ever wanted a video production of Hamilton to be.  I guess they could actually try and do a more traditional cinematic adaption one day but I’m not sure how necessary that is.  I could quite happily go on without it.

If anything, I’m curious what the overwhelmingly positive reaction to this release on Disney Plus means for Broadway.  Although cinema history is filled with classic adaptations of Broadway shows (My Fair Lady, West Side Story etc), in recent years they’ve been far more guarded with the likes of Wicked and Book of Mormon etc.  Covid has obviously completely turned the entertainment industry on its head as studios struggle to work out the best medium to deliver films.  I wonder if producers of popular theatre might be willing to re-consider their stance and allow the next generation of showtunes like Dear Evan Hansen and Hadestown.  The show must go on but if there’s no audience in the galleries to watch it, what else can you do?

A musical about the life of Alexander Hamilton, an orphaned immigrant who grows up to become a founding father in America.

Summary : A total surprise to come out of 2020 and a very pleasant one at that. Hamilton fans will be enthralled and I'm sure the easy accessibility of Disney+ will help the show find an even bigger audience, if thats even possible.

Previous: Ghosts of Tsushima
Next: I’m Thinking of Ending Things