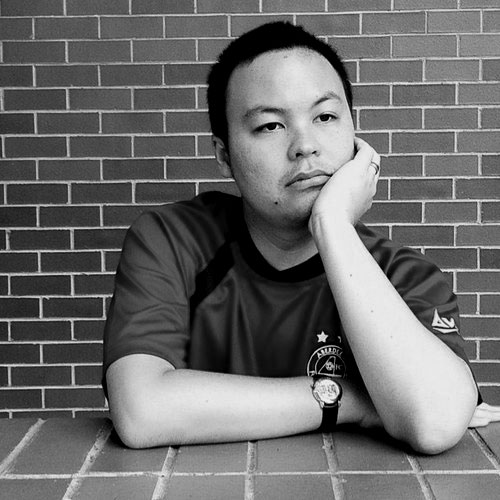 Something about the way my brain is wired causes me to delight in collecting things.  I think I might be a serial hobbyist.  That sounds better than being called a hoarder at least.  The Collector is a series of blog entries I’m going to write about different things that I collect, the stories behind them and my most prized possessions in the set. 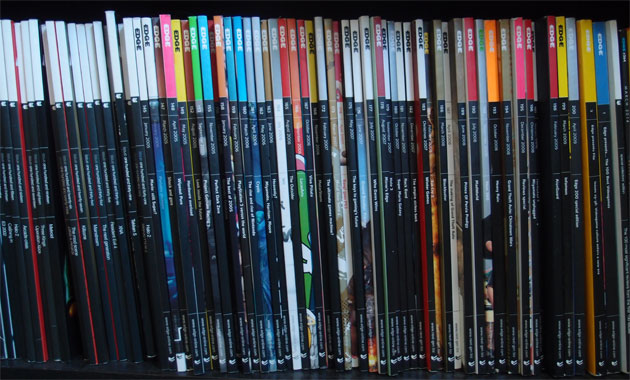 When I manage staff at work, one of the exercises I’ve always done with a new employee is introduce them to the team with an icebreaker game where the other staff can ask them questions about who they are.  To help jog the brain, I’ll usually print off a list of questions off of Google to get the team going.  Where did you grow up?  What’s was the first CD that you bought?  Who’s your favourite actor?  One of the questions off the template I regularly use is What Magazines Do You Read?  Out of about thirty new employees last year, I can only remember one or two who even read a single magazine on a regular basis.

I know it’s a little thing but the death of print media and the continuing decline in popularity of magazines is one of the technology driven changes of the 21st century that bums me out.

My parents used to subscribe to National Geographic and TIME Magazine when I was a kid.  As I got older, I began reading Empire Magazine for movies and NEXT Generation for video games.  Although nowadays most people will get their news from tablets, smart phones and computers, there’s something about magazines that still appeals to me today.  I like reading about my hobbies with a certain degree of depth that you’re far more likely to see in print articles than online.  I like glossy covers and fold out goodies like calendars and stickers.  I’m sure a lot of that appeal is rooted in nostalgia.  And to the theme of this article, part of the appeal for me is collecting a magazine and revisiting back issues.

EDGE Magazine, a British video game publication, ran for nearly 100 issues before I started collecting it.  That’s because I read it’s sister publication NEXT Generation when I was younger.  Sadly, my collection of NEXT Generation magazines didn’t survive my journey from Brunei to Australia when I was a teenager but I’ve since held on to every EDGE Magazine that I’ve bought since my days at university over a decade ago.

Considering the subject matter, EDGE is a famously erudite and well written publication with uncommonly fancy print quality.  The magazine has a number of trademarks ranging from minimalist covers that have very little text, notoriously stingy review scores where a perfect 10 out of 10 is handed out at an average of less than one a year to having the final page of each issue being a teaser of whats to come next month.  In a sign of how well established they are as a publication, the first page inside the cover, considered one of the most valuable pages for ad space, is always reserved for an editorial to explain the theme of the issue.

I’ve collected EDGE Magazine for over a decade now and remain a subscriber to this day.  With the gradual decline of print, I’ve seen the magazine whittle down from the glory days where there could be up to 250 pages in a single issue to something half that size.  The magazine size has been condensed into something slightly more conventional these days and occasionally, I’m sad to see that they relinquish that inside cover to advertising.  It wouldn’t surprise me if in the next couple of years, EDGE is no more or shifts to an online only model.

For now though, it remains my favourite magazine and I’ve been a devoted reader and collector for some time now.  Here’s a quick snippet of some of my favourite covers and what I like about them. 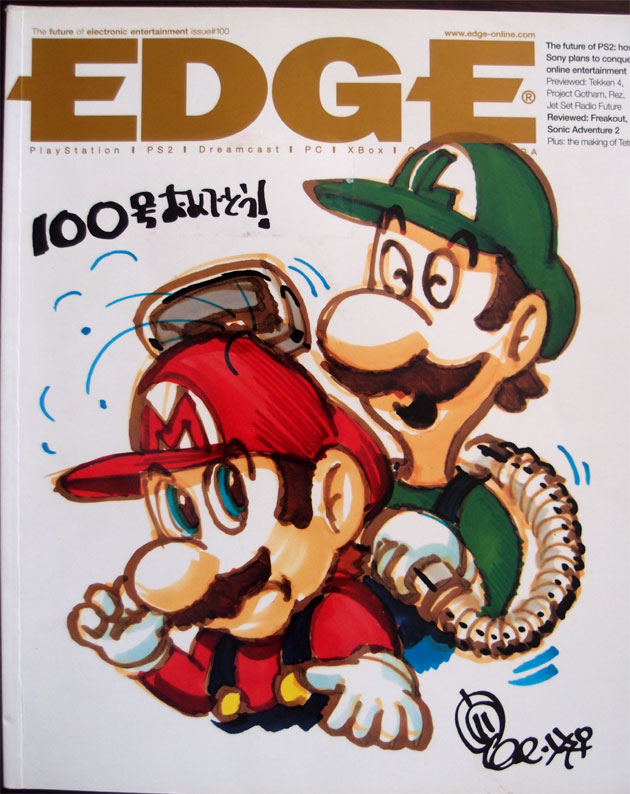 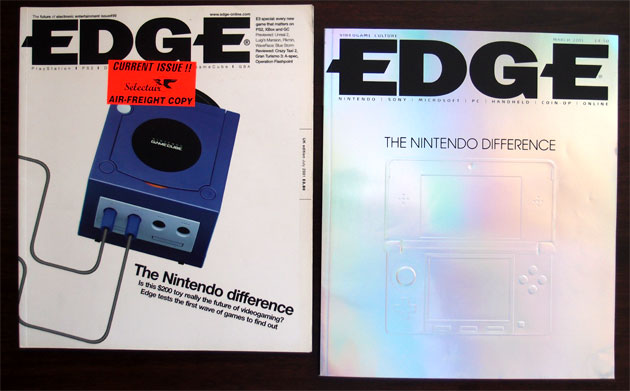 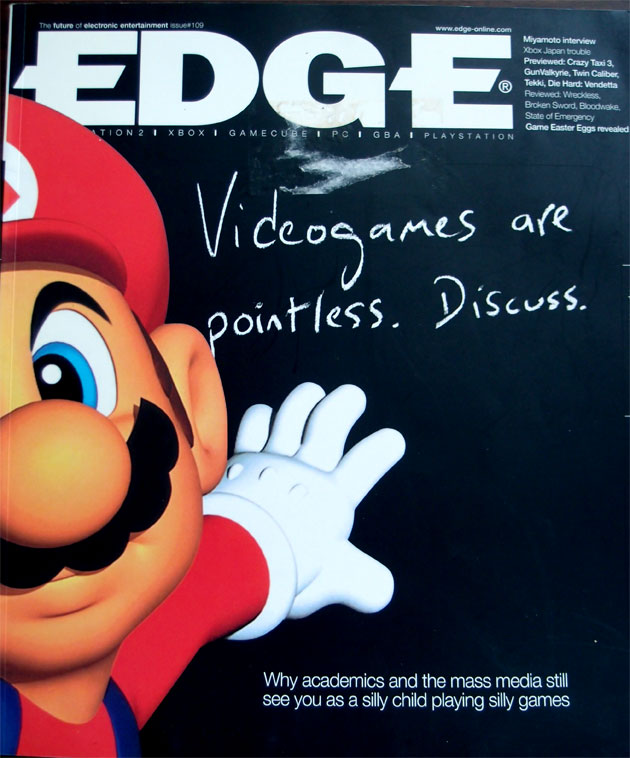 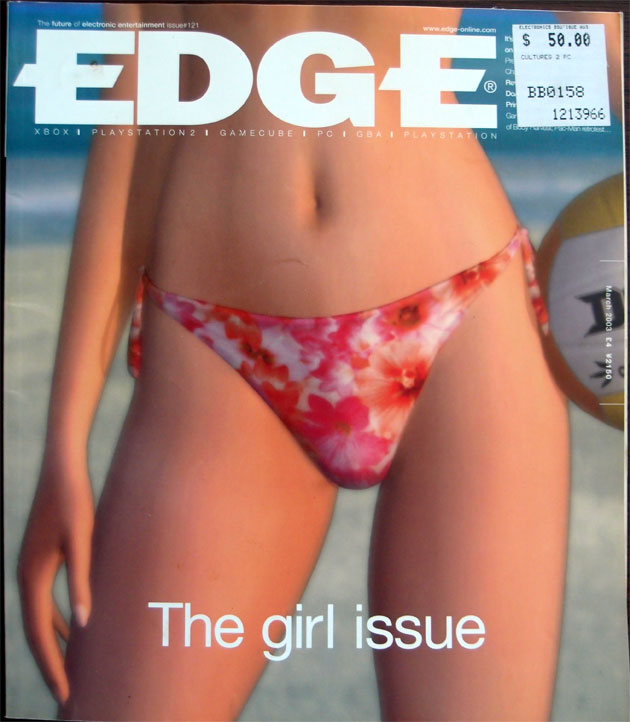 Edge#121 [March 2003] – The notorious ‘Girls Girls Girls’ issue. Surely the most expensive magazine I have ever bought. Just kidding, that price tag is a misprint. 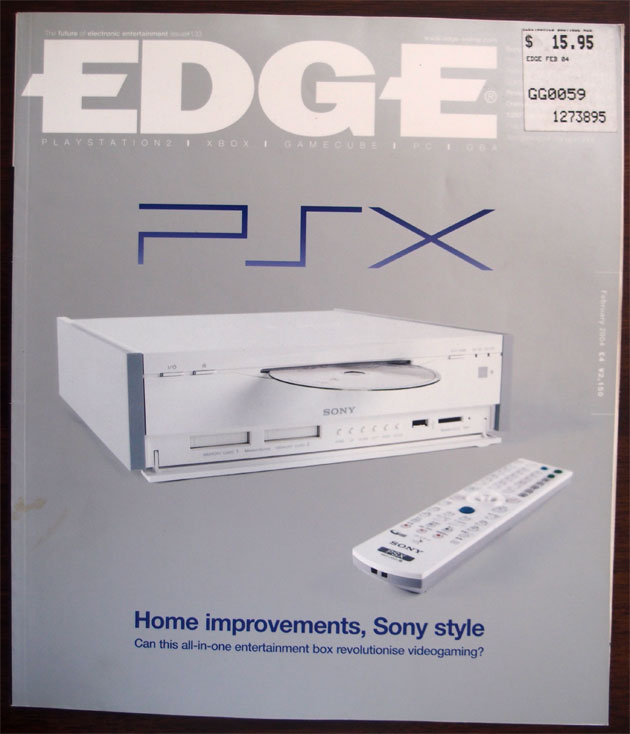 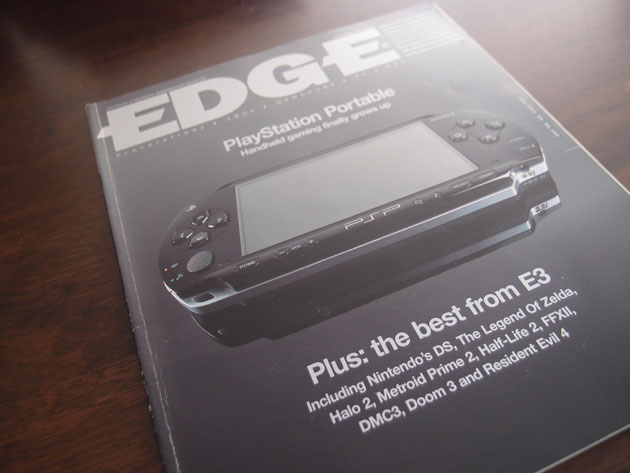 Edge #138 [July 2004] – I remember being in absolute awe of how polished the PSP looked when it was first unveiled. Also, take a look at the games that were released in 2004. Truly one of the greatest years for gaming. 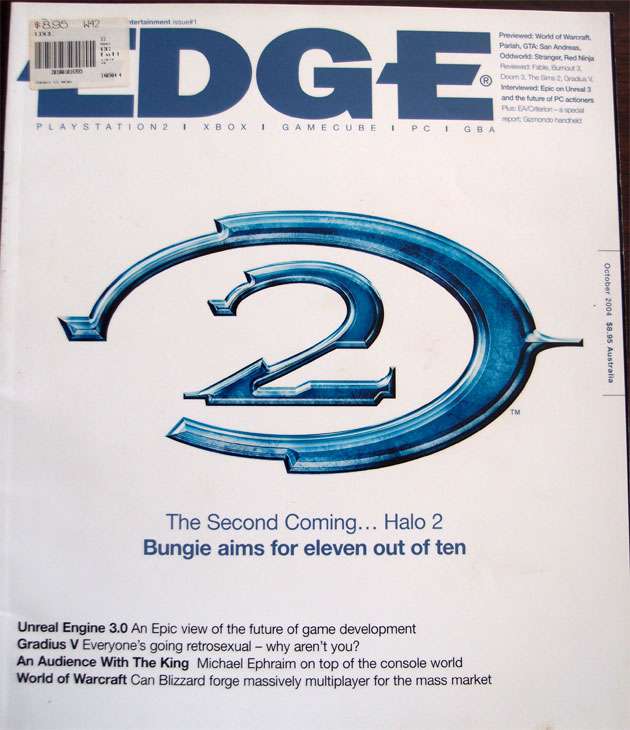 Edge #1 [October 2004] – Edge had a short lived Australian edition that lasted two issues. This was the first. It looks like the designer spent all of 5 minutes making the cover. A Halo 2 logo on a white background and a few lines of text. Yuck. The content inside was equally putrid and they handed out 10 out of 10 scores like candy. 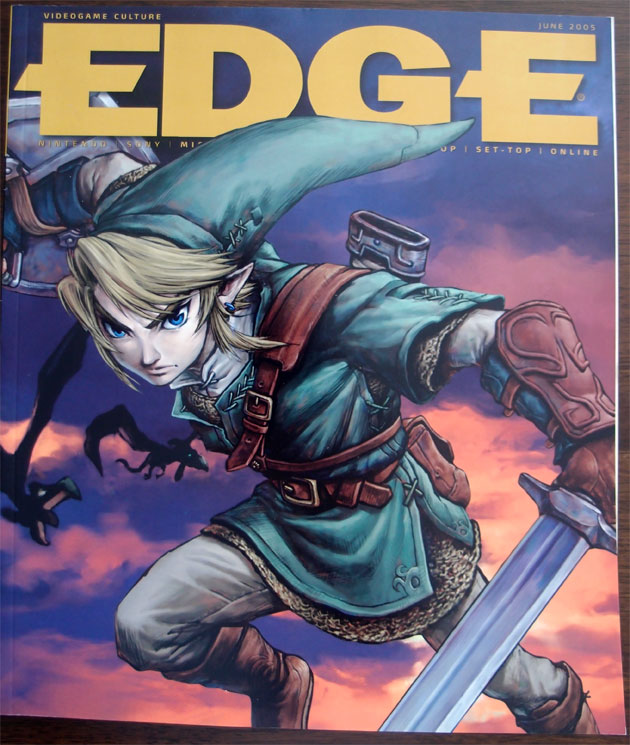 Edge #150 [June 2005] – The ‘Gamecube’s Awakening’ issue has gorgeous coverage art with no text other than the magazine header. I love Edge’s minimalist cover art at the time and am sad to see it go 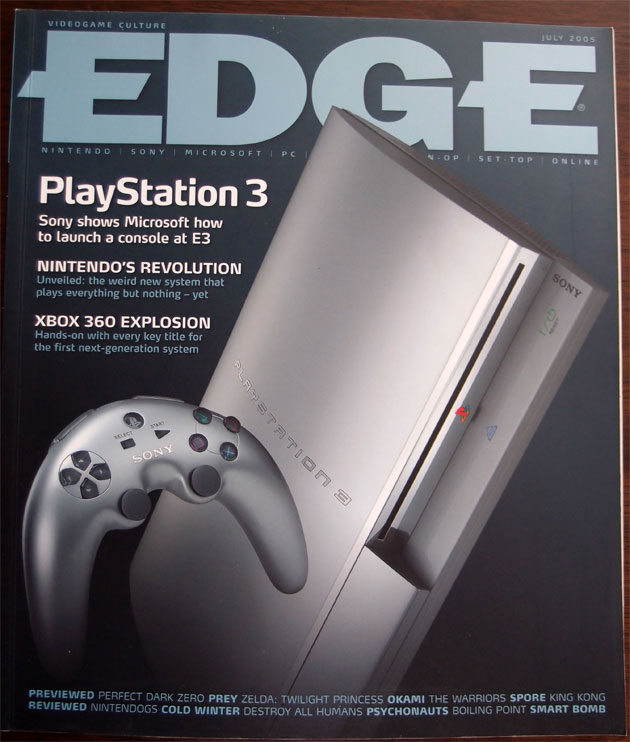 Edge #151 [July 2005] – It’s interesting to back to hardware mock ups before a system got released and see how they changed. The Playstation 3 would lose the boomerang controller and the silver finish before its eventual launch 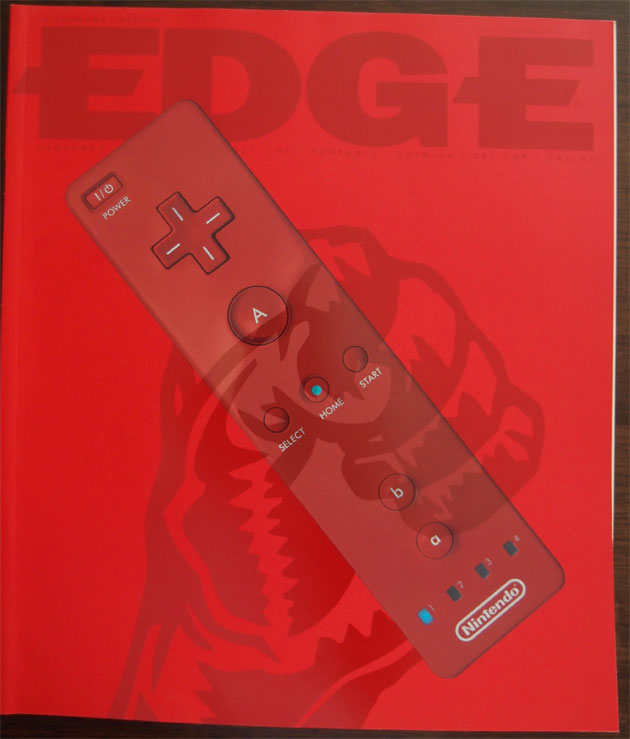 Edge #156 [December 2005] – The Nintendo Wii was known as the Revolution during its development phase which lead to this iconic cover released at its launch. It would go on to be one of Nintendo’s most popular hardware releases. 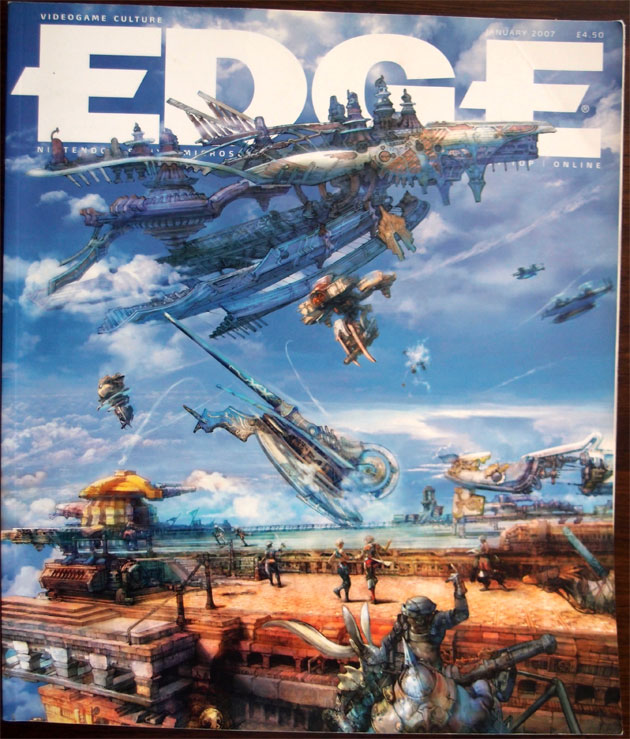 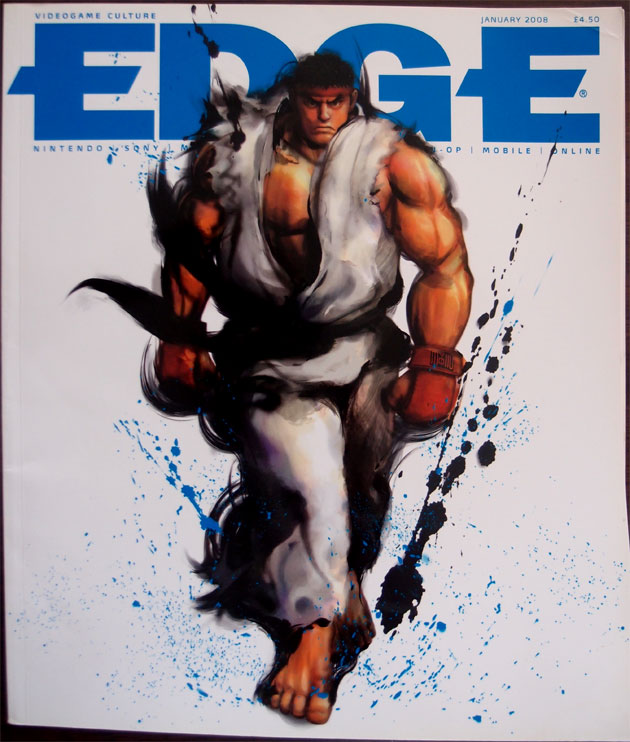 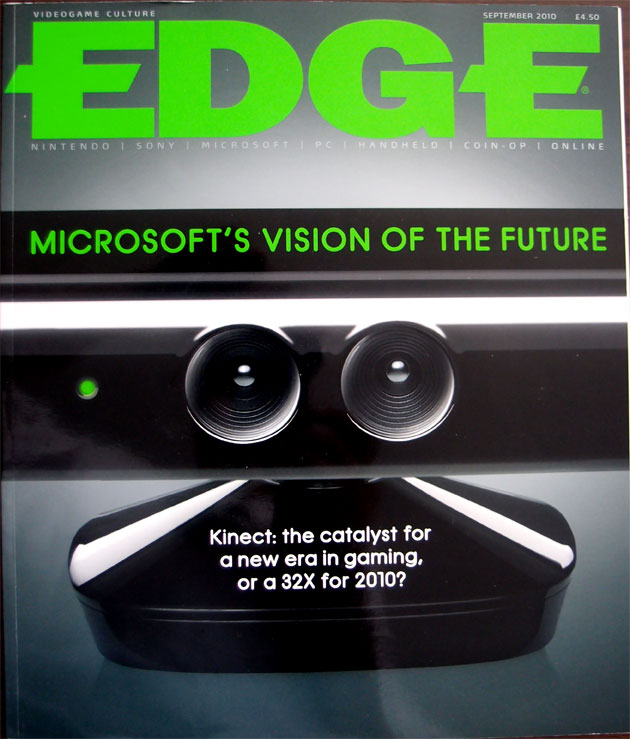 Edge #218 [September 2010] – this cover introducing Microsoft’s Kinect device was eerily prescient with its camera pointing directly at the reader. Years later, Edward Snowden’s NSA leak would reveal just how much private user information Microsoft was handing over to the government 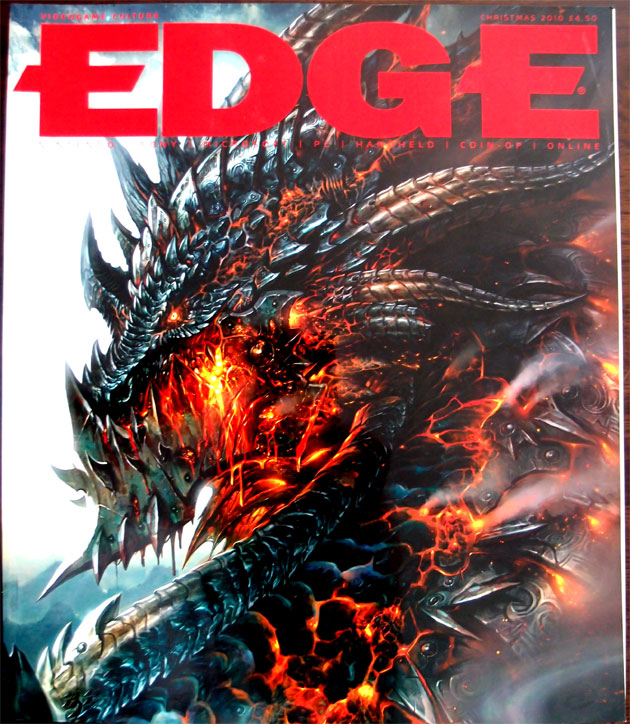 Edge #222 [December 2010] – I don’t play World of Warcraft but as a fan of the fantasy genre, I have a great appreciation for cover art that has a huge scaley dragon on it. 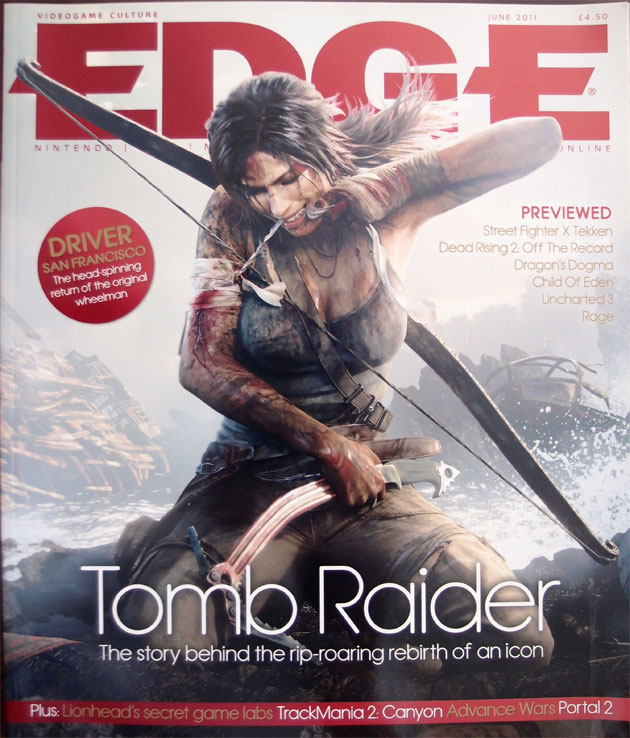 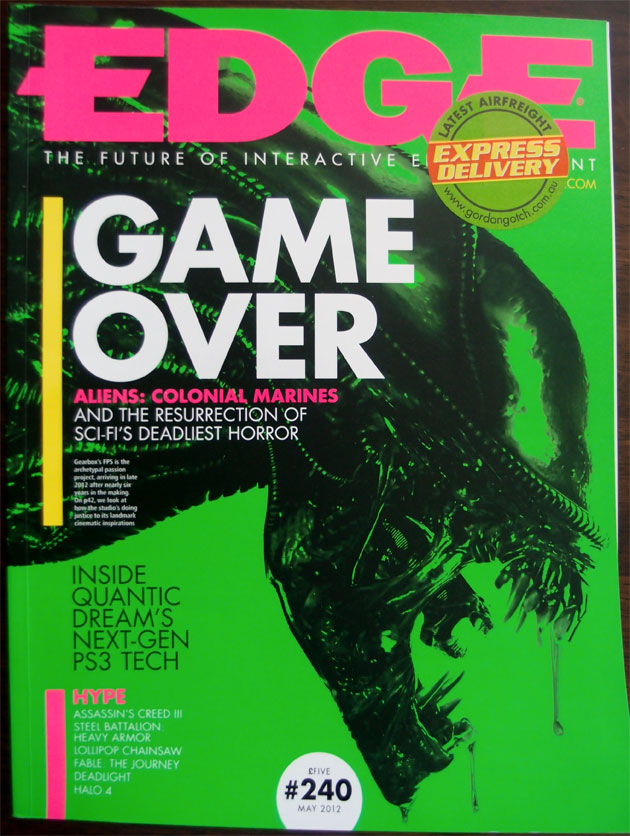 Edge #240 [May 2012] – In their 20 year existence, Edge has revamped their template only 4 or 5 times. About as frequently as an Olympic ceremony. The latest style often incorporates fluorescent typography which reminds me of the early Nineties. I like it. 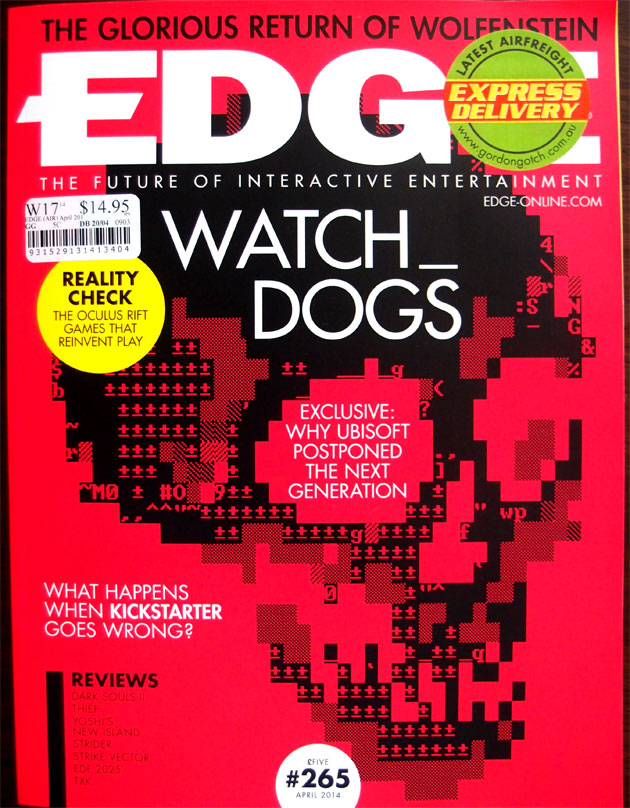 Edge #265 [April 2014] – a neon pink background, a pixel art skull and THE GLORIOUS RETURN OF WOLFENSTEIN blazed across the cover. What year is this? 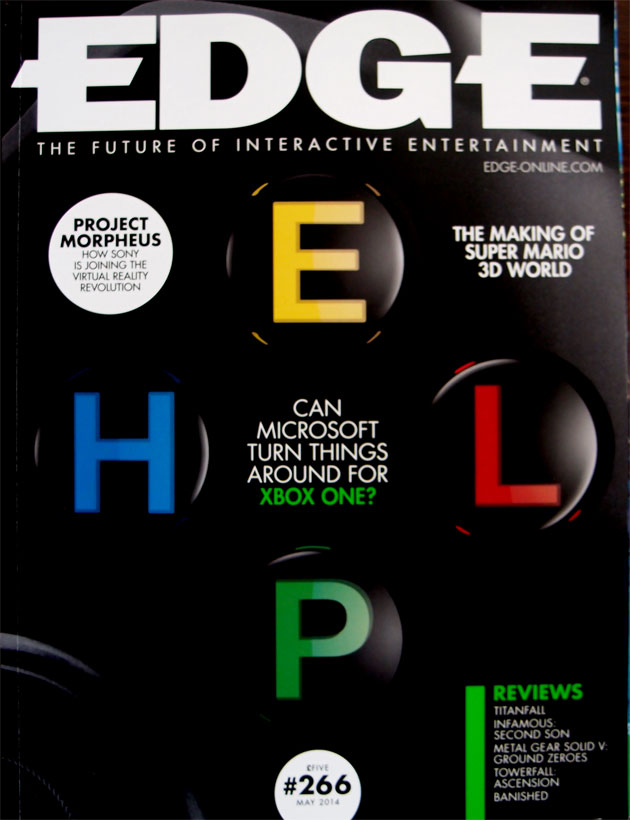 Edge #266 [May 2014] – The most recent issue in my collection. Edge certainly aren’t afraid of pushing a few buttons with a controversial feature story. 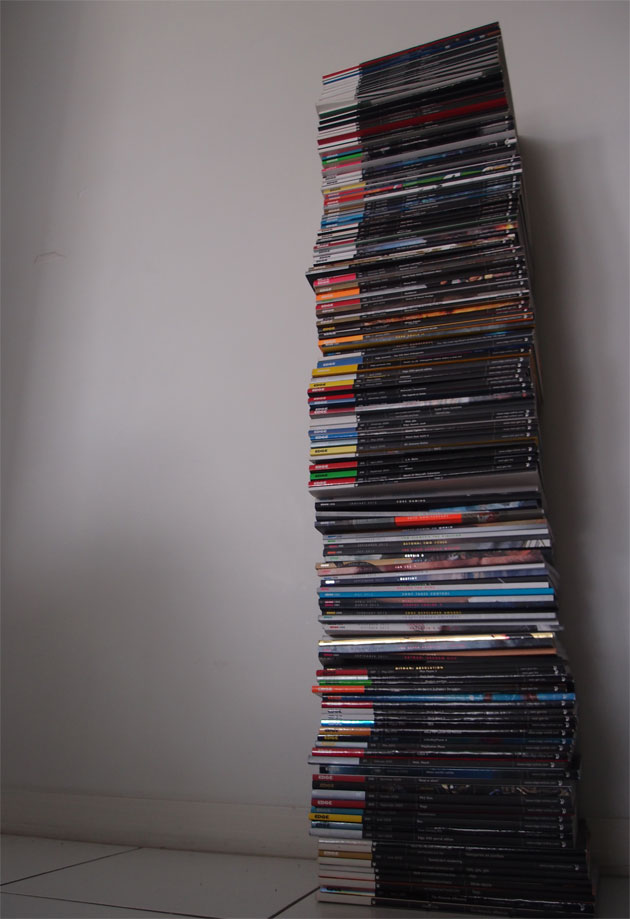 Previous: A Long Weekend In Sydney
Next: Mr Wong 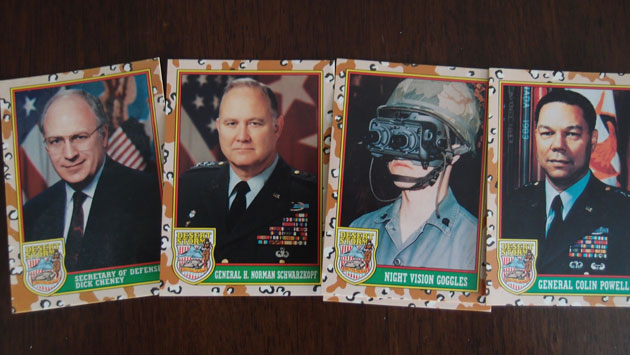