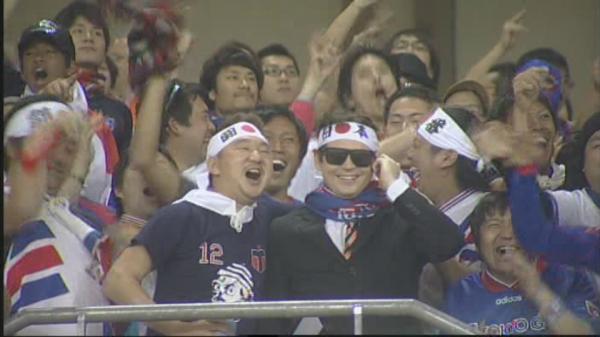 On March 5th the Brisbane Roar played their first ever game of Asian Champions League football.  Australia clubs have generally struggled in the league except for one memorable run from Adelaide United who made the finals in 2008.  It was an exciting prospect to see how the Roar would go against Asia’s best, particularly if they could replicate the sort of form that saw them go 38 games unbeaten.  Although that, admittedly, feels like a long time ago now.

Their first match was a home game against FC Tokyo, a side who only got promoted back into the J-League’s first division last season.  They qualified for the ACL by winning the Emperor’s Cup.

There was a great atmosphere for the game at Suncorp.  Sorry, I mean BRISBANE STADIUM.  Due to the complexities of international football sponsorship the stadium changed names for one night and all the regular advertising billboards at Suncorp where hidden away and replaced with POCARI SWEAT and Qatar Petroleum signage.

There was great away support however.  Around 1,000 travelling supporters from Japan made the trip and I’m sure many more Japanese residents in Brisbane made the trip to Suncorp.  At an A-League game we’re lucky to have more than a handful of away supporters so it was an unexpected treat to actually have duelling sets of supporters trying to outchant, outdrum and make more noise than one another.  The photo above was taken from when the Suncorp stadium presenter attempted to do an interview amongst the FC Tokyo fans who adorned him with his own bandana, scarf and sunnies.

As for the game itself, Brisbane looked alright in the first half but appeared to suffer a bit of stage fright.  They managed to hold the lion’s share of possession as they always do against any club but lacked any meaningful inroads towards FC Tokyo’s defence.  Playmakers Erik Paartalu and Henrique both struggled to make their mark and Thomas Broich didn’t really find the sort of space he’s used to until the second half.  Poor old Berisha was practically marked out of the game by some excellent FC Tokyo defence.

FC Tokyo struck right on half time to lead 1-0 heading into the sheds.  In the second half, the Roar started out rallying and looked their most threatening.  Against the run of play however, FC Tokyo scored a second in the 50th minute and that killed the game.  In fact the Roar went to pieces afterwards and looked pretty bad in the final ten.  Still, it was great to see a club of the calibre of FC Tokyo who had some crisp passing, skillful dribbling and high intensity.

I think we will do better as the competition goes on but we’re in a tough group.  Next up, an away game to Beijing Guoan.  Whatever happens, it’ll be a fun ride and a great experience for the club.