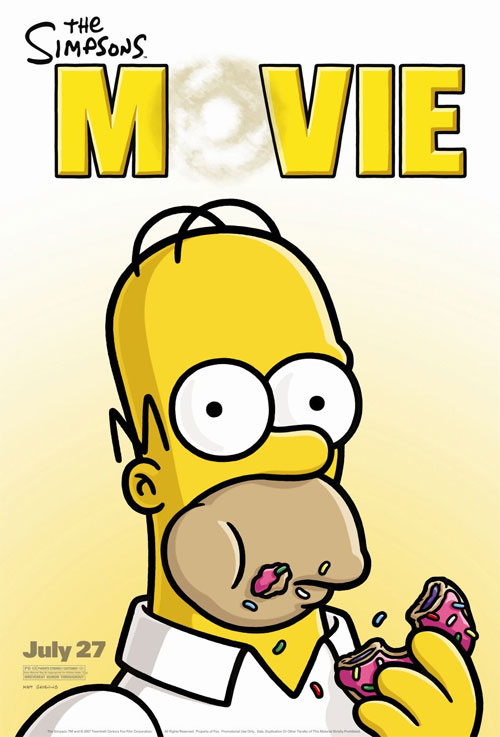 “Why pay to see something you can see for free on tv?”
– Homer Simpson

The Simpsons Movie opens with the type of the self-aware and satirical humour which made the show famous.  Homer, watching a film adaptation of the Itchy and Scratchy show, breaks the fourth wall by standing in a cinema and turning around and calling the audience “a bunch of suckers…especially you”.

I’d say he’s not.  As I write this, Box Office Mojo has the film grossing around $240 million globally and it stands at over 80% freshness over at Rotten Tomatoes.  Consider the critics and masses happy to pay for what surely must have been one of the most anticipated and carefully critiqued films to be released this year.

The film opts for taking the Family Guy movie approach moreso than the South Park movie.  This feels like a really long episode of the show and although the animation is updated by giving it the same computer effects employed in Futurama, there are no musical numbers or any surprises with the formula.

The story, not that it particularly matters, has the residents of Springfield ignoring a pollution problem with their lake.  When Green Day perform in the town and try to warn the residents, they are pelted with garbage and booed off the stage.  Eventually Lisa convinces the town to clean up their act but Homer manages to repollute the lake by dumping a big barrel of pig crap into it, courtesy of his new pet Spider-Pig.  This sets of a chain of events that leads to President Schwarznegger sealing off the town and eventually plotting to destroy it.

Its probably been close to a decade since I stopped watching the television series.  I don’t hate the show but I’ve suffered from its over-exposure on television.  Its cheap syndication and permanent slot at 6pm on TV channels in every country I’ve lived in has lead to me watching repeats of all the episodes about five times.  Watching the film, I was pleasantly surprised at how much I enjoyed revisiting the characters after having a break from them.  The Simpsons Movie might play out like a really long episode but its a pretty decent one.

Overall though, I can’t help but wonder, if there wasn’t going to be any big twist that would affect the tv show, what was the point of waiting until now to make this movie?  What made the creators decide that after 18 seasons, now was the time for this project?  Its not like any of them are hard up for cash.  Its not even the conclusion of the show which probably has at least another couple of seasons to run.

The Simpsons Movie certainly has its moments, but I couldn’t help but feel a bit disappointed that there wasn’t a clearer reason to actually make this film or that there wasn’t some sort of story or event that would change the actual show.  As it stands, this will probably make another bajillion dollars when its comes out on DVD in time for Christmas and I’ll go on not watching the tv show as it runs for another hundred episodes.

Summary : It feels like a long, good-ish episode. Nothing more, nothing less.

Previous: 4: Rise of the Silver Surfer
Next: Die Hard 4.0 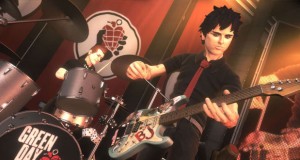 Busy Week of Stuff Going On