Few games embody the rapidly changing video game market that exists today than the meteoric and (literal) overnight success of OMGPOP and their game Draw Something.  Draw Something is an iOS version of Pictionary where players take turns guessing illustrations drawn by the other player.  It has a few clever design choices which are key to its popularity – it incorporates Facebook accounts to help find people to play against, it is asynchronous in nature so you can play the game whenever you feel like it, there is no ‘winner’ and there are a lot of the words are actually pop culture references (‘Shakira’, ‘BFF’, ‘Obama’ etc).

Reportedly generating $250,000 a day, OMGPOP were quickly snapped up by Farmville publisher Zynga for a crazy $180 million.  While there are some traditional video game powerhouses struggling to make money (Sega being a recent high profile example) and fall by the wayside (Sony studio Zipper), a small select group of iOS publishers are making an absolute killing.

Not quite every member of the OMGPOP team chose to make the jump to Zynga.  One staff member opted to quit instead and went on to write an article for Gama Sutra, calling out new owners Zynga as being ‘evil.’  It sparked a rather extraordinary outburst from the OMGPOP CEO Dan Porter.

Porter has since recanted and apologized for his tweets.

Although Words With Friends remains my most consistently played iPhone game (I’ve consistently been playing against 10+ people for over a year), I’ve quite enjoyed Draw Something.

The neat thing with Draw Something is that it doesn’t just show you the final image drawn by a player, it replays the entire illustration up to that point.  Because of this feature, I enjoyed trolling other players by sketching out a big ol’ wang to start most of my illustrations. 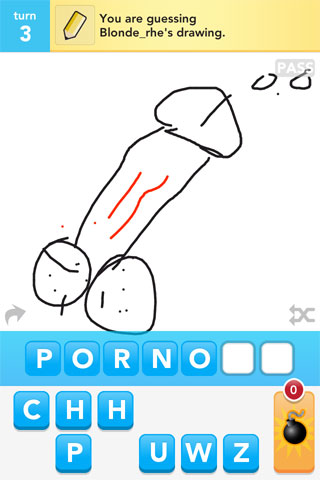 Eventually, some of the people I played against retaliated with their own wangs.  It set off a meta-game of who could draw the most detailed, veiniest willy before the ‘real’ game begun.

Once my friend Rhea sent me this image, we decided to call a truce: 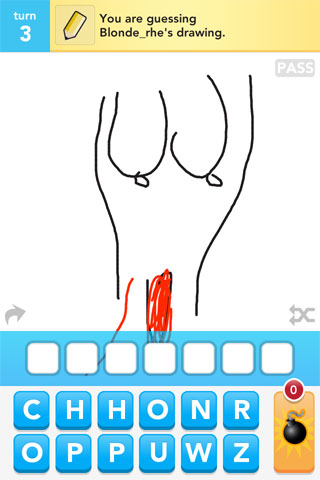 For some reason, the game doesn’t have a built-in chat function like WWF so if you want to send a message you often need to scrawl it in-game.  It’s the one missing feature I’d like to see added in a future update.

It remins to be seen whether this game will have the legs that WWF has.  I don’t really know many people that still play Hanging With Friends.  Still, its a pretty entertaining distraction and doesn’t cost a cent. 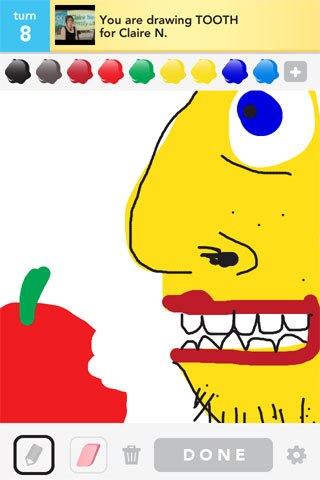 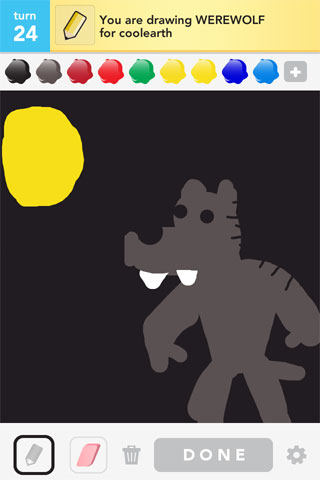 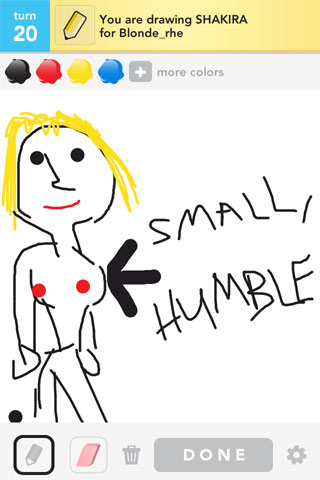 Summary : An instant hit but you suspect that success will be fleeting

Tagged with: Draw Something iOS