For any regular reader of The FAT Website, one of my identifiable traits is that I blog a lot.  With few breaks, I’ve been doing it for the better part of twelve years now.  For even more people who know me in my day-to-day life offline, an even stronger identifiable trait is that I love film.  Both my love of writing and the love of film can be strongly attributed to the film critic Roger Ebert.  Don’t get me wrong, I loved writing when I was a kid too.  In primary school I wrote a hundred page fantasy story in creative writing class when the other kids were lucky to hit five pages.  And I always enjoyed watching films ever since my parents took me to see A Fish Called Wanda at a cinema in Auckland.  The person who nurtured these interests though my adult years though, was undoubtedly Roger Ebert.

Ebert is a celebrated writer who has been reviewing films for over forty years.  His work rate is extraordinary.  I’m happy when I look at that little counter on the right hand side of the website that says The FAT Website has 1,458 blogs and 153 films reviews.  Ebert has reviewed over 10,000 films in his lifetime and clocks in at about 250 reviews per year.  Even when he battled saliva cancer which ultimately claimed his jaw, he was pushing 150 reviews per year.  The man was a machine.

Despite all the accolades that Roger Ebert has received over the years, anyone who was ever a fan recognizes that his greatest talent was his ability to bring an appreciation for film to the widest possible audience through his flair for writing.  If there was ever a stereotype for film critics that presented them as snobbish and aloof, Roger Ebert smashed that into pieces.  His writing style was unashamedly populist.  It was easy to read without ever condescending and he had an economy and talent with his words that communicated more than you would think possible about a film in only 500 words or so.  You might not always agree with his reviews but he could always clearly articulate his opinion.

He gained some notoriety for his negative reviews but they were never cruel to the actors or directors first hand.  If anything, he at least took the time to be creative with his most scathing material.  One of my favourites is his write up for Deuce Bigalow: European Gigalow.  The review seems harsh but Rob Schneider did see the funny side to it.  When Ebert was in hospital getting treated for cancer, Schneider sent him a bouquet of flowers.

It’s easy to be negative though.  Lots of people can write a negative, snarky review but few people could match Ebert’s passion and knowledge when he wrote about a film that he loved.  And thankfully, he saved his best writing for the best films.  His Great Movies series that he began in 1997 covers enough films to fill three books and unlike his standard essays, these critiques would typically run over 2,000 words.  They served as a great introduction to many classic films for me.  I discovered 12 Angry Men, Aguirre: Wrath of God, The Big Sleep, The Bridge Over The River Kwai, Double Indemnity, Grave of the Fireflies, King Kong, Lawrence of Arabia, The Maltese Falcon, My Neighbour Totoro, Rashomon and The Third Man because of these essays.  Don’t get me wrong.  I’d heard of these films before but it was Ebert’s eloquent appraisal that made me track down a copy and watch.

Not surprisingly, Ebert’s passion for cinema stems from a general philosophy about living.  I’m currently reading his memoirs and if he isn’t extolling the virtues of film, he’s praising his favourite cheeseburger in Chicago, his most cherished French cafe or the London pub that he frequented the most.  His cheery disposition, intellectual curiosity and zest for life is admirable and an inspiration.

Ebert has been battling cancer on and off for seven years now so the news of his death isn’t entirely unexpected.  Although I feel sadness for his passing I suspect it won’t really hit home until many months from now when that next great film comes along which creates a lot of buzz amongst movie goers.  For fifteen years, one of the first things I would do is check out Roger Ebert’s review and see what he had to say.  It’s sad to think I won’t get to do that any more.

He will be missed. 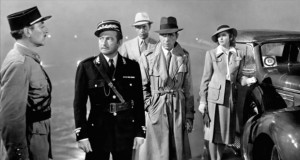 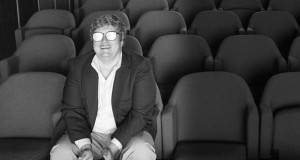