It’s Day 12 of the Olympics now.  I fully intended to have written twelve days worth of content at this stage.  Good intentions and all that.  But like a squillion other viewers around the world, I haven’t had a spare minute to write about the event since I’ve enjoyed so much time watching the damn thing.

It’s been a brilliant Olympics.  I know its made a believer out of many skeptics and miserablists.  I wasn’t particularly hyped for the games until a couple of weeks beforehand and now that its here, I’ve rediscovered how much fun it is watching all these events like weightlifting and fencing which I will watch for maybe half an hour once every four years.  Like most people I get excited for the 100 metre race with Usain Bolt but I also enjoy following the underdog and appreciate immensely how much the London crowd have got behind unlikely heroes from North Korea, Kazakhstan and Hungary.  It’s been a humbling competition for Australia so far.  All those aforementioned countries have won the same number of gold medals or more.

The Opening Ceremony already feels like it happened months ago but I did want to write a bit about it.  I remember four years ago during the closing ceremony of the Beijing Olympics when the Olympic torch was handed over to a representative from Great Britain, I thought ‘how the hell are they going to top that?’

I’m convinced that China took the conventional model of what typically constitutes an opening ceremony for a sporting event to its furthest possible point.  For many decades, Olympic opening ceremonies have been made up of performers in traditional local dress who dance in large groups, intermittently standing in formations that make out the shapes of flags and national symbols.  The same dancers then cart around gigantic Macy’s-Day-Parade-style floats around an arena floor in time to some instrumental music.  Beijing took that style to its most extravagant limits by orchestrating a stunning ceremony with thousands of drummers, dancers and float-pushers who all moved in unnervingly precise synchronicity.  It looked like a multi-million dollar gesture made by a new super power in the world announcing their arrival.

Fast forward four years and England is on the brink of a double dip recession.  Observing from a distance, it felt like the national mood was rather dour, whether you wanted to chalk it up to the race riots in London a year prior, the shitty economic climate, another hometown hero falling short at Wimbledon or the absolutely wretched weather that washed out the Queen’s Diamond Jubilee.  It felt like there was no way Olympic Opening Ceremony director Danny Boyle could hope to match the spectacle of Beijing.

So instead, Boyle went into a completely different direction.  He opted for a style not previously attempted in past Olympic ceremonies.  He still embraced the concept of celebrating local culture but he mostly ditched the stale format of synchronised interpretive dancers and pattern-forming abstract floats.  Instead he went contemporary.  It was chaotic, busy and almost no one danced in time with one another.  He added humour (a Mr Bean sketch).  He was playfully subversive (a dance troupe formed the shape of an ecstacy tablet).  He was cheekily self-referential (Trainspotting video footage).

Boyle’s opening ceremony also celebrated Britain’s peerless catalogue of pop music from the last fifty years.  He celebrated the National Health Service and a women’s right to vote, accomplishments that set them apart from the Americans and the Chinese.  He had the Queen ‘base jump’ into the stadium, filled the whole production with modern day actors and national icons and reinvented what you could do in an Olympic ceremony in the whole process.  It was a crazy amalgamation of an MTV awards show, a multicultural appreciation festival and a celebration of sports.  I loved it.  I don’t think there’s much more you can do to top Beijing 2008 for the traditional style of ceremony.  I hope at future ceremonies, more countries take a page out of Danny Boyle’s approach. 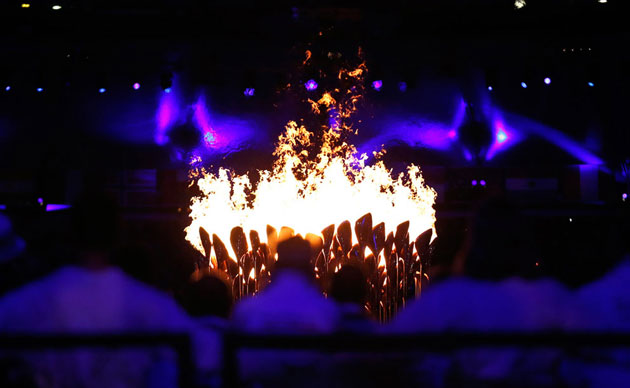 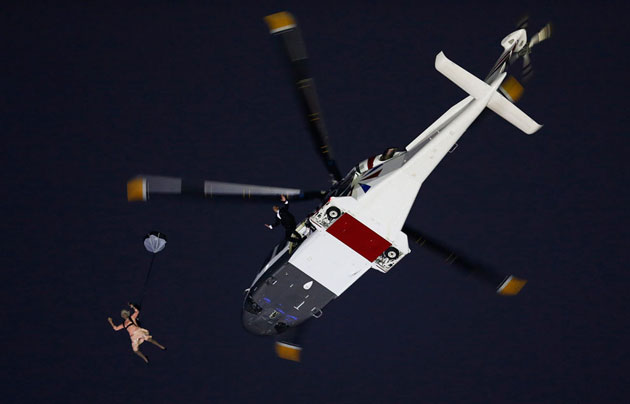 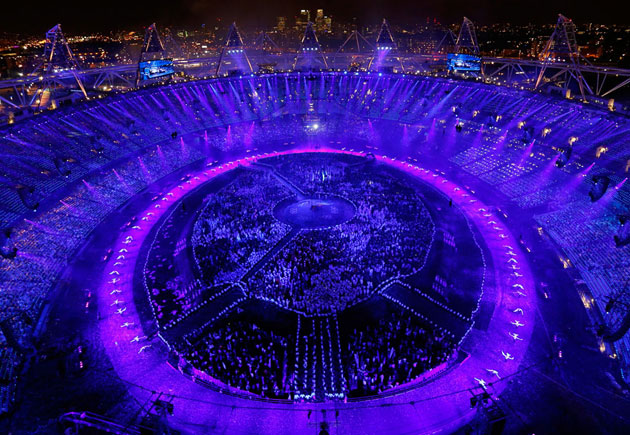 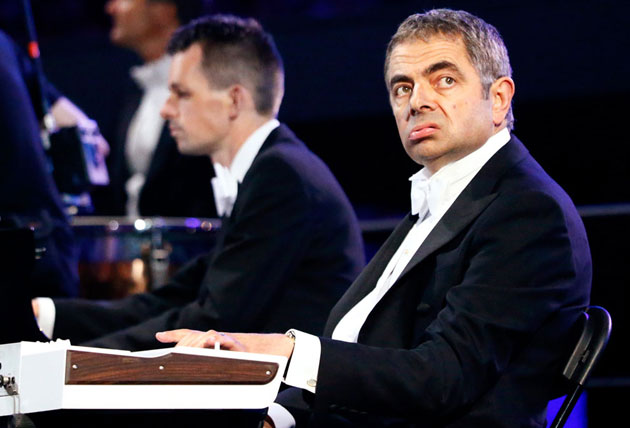 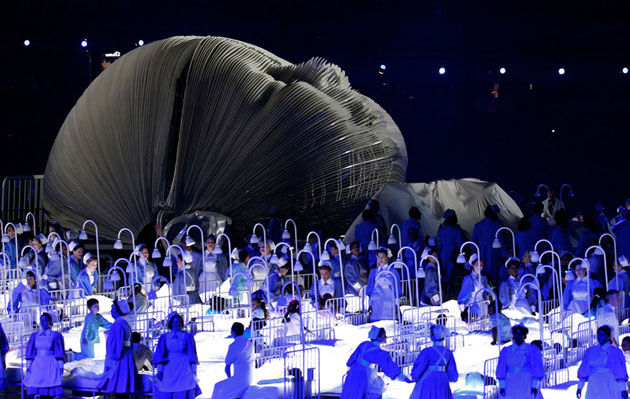 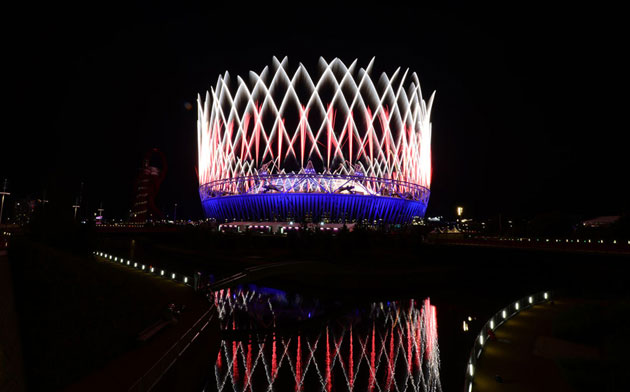 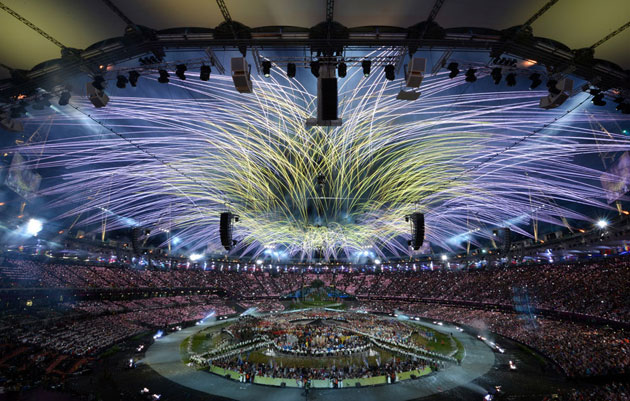