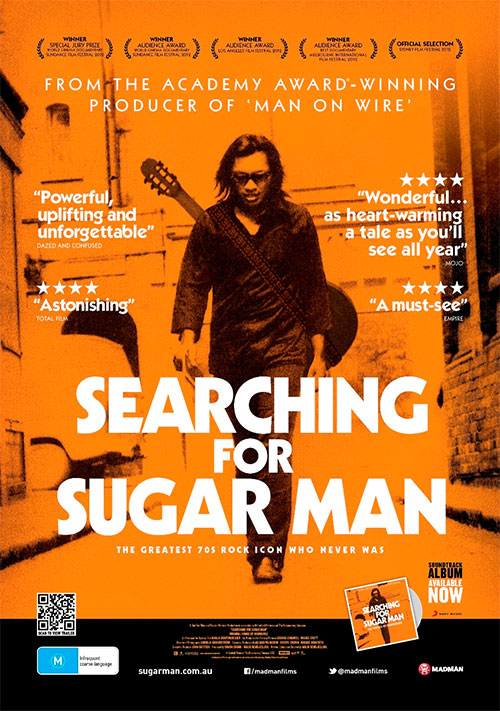 During apartheid era South Africa, the ruling party enforced a strict control over the flow of information and media.  Television was banned, newspapers only ran state-approved articles and music with anti-establishment lyrics were banned.

It was because of this rigorous control of information that no one can quite work out how Sixto Rodriguez and his album Cold Fact became so popular in South Africa.  This album, sung by an obscure American singer, wasn’t even officially released in South Africa until 1990 but for two decades prior, he was hugely popular and his soulful music, a bluesy style evocative of Bob Dylan, captivated young South Africans with its songs of free love and sticking it to The Man.  All without any promotion from a music label, any tours from Rodriguez or any information about the man whatsoever.  Even in the album artwork, there is an air of mystery and ambiguity about Rodriguez.  He has long hair that covers his face, he wears black shades and goes by three different names on the cover sleeve.  We later learn that he played a lot of shows in Detroit with his back turned to the audience.

Searching For Sugar Man is a documentary about a music historian, Malik Bendjelloul, who pairs up with a South African record store owner, Stephen ‘Sugar’ Segerman, to try and find out what became of Rodriguez.  Urban legend had it that he committed suicide in the middle of a gig that wasn’t going well.

This film, which took home the Oscar for Best Documentary this year, tells a story so stupefying and unlikely that we could barely accept it as a work of fiction.

Malik Bendjelloul and Stephen Segerman do a great job in painting the picture of what apartheid era South Africa was like and why Rodriguez’s music was so important to young people in the Seventies.  To express how big of a cultural influence Rodriguez was, Segerman explains that the official album sales were on par with The Beatles and The Rolling Stones. 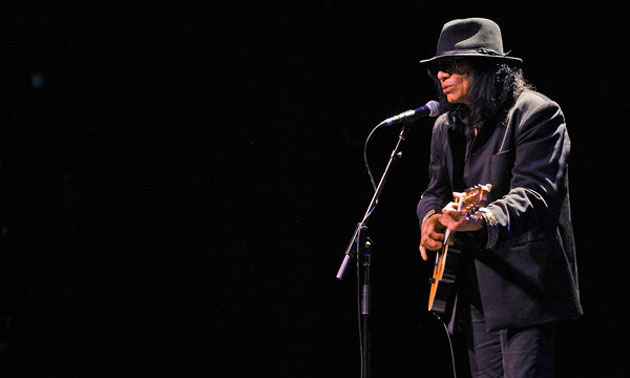 We see interviews with big time American music producers who worked with Rodriguez who felt he was a deserving musician that never got his big break.  Rodriguez was a little known construction worker who came from Detroit who was on the eccentric side.  A former boss recalled that he sometimes came to work wearing a tuxedo.  His upbringing and occupation make him an unlikely source as someone capable of putting together such captivating songs about working class struggles and backing it up with smooth, velvety vocals.

After exhausting all physical avenues in trying to find Rodriguez, Bendjelloul puts up a website asking for information about the singer.  He strikes gold when he is contacted by Rodriguez’s daughter who puts Bendjelloul in touch with the very-much-alive Rodriguez who is still doing the same exact same work in Detroit nearly thirty years later.

Seeing Bendjelloul and Segermen meet up with their musical idol would be remarkable enough as it is (considering that he was thought to be dead) but then Segerman convinces Rodriguez to…actually, I won’t spoil what happens in the final scene.  Suffice to say, its what elevates this from a good story to a great one.  The final scene in the film is what blows everyone away with Searching For Sugar Man and what wins it the Oscar.

It’s crass to use the expression ‘Feel Good Movie’ but thats exactly what this is.  Rodriguez seems like a humble and gentle soul who toiled in life and here he is, rewarded unexpectedly by a chance meeting with two music fans who decided on a whim to find out what happened to him.  Bendjelloul is wise enough to understand that the story is gold and therefore he doesn’t embellish this documentary with unnecessary information.  It runs a short and sweet 90 minutes and tells the story exactly how it should be.  A delightful music documentary where the good guy comes out on top for once.

Summary : A delightful, captivating and improbable tale of a man who found his fame and adulation in the twilight of his years.