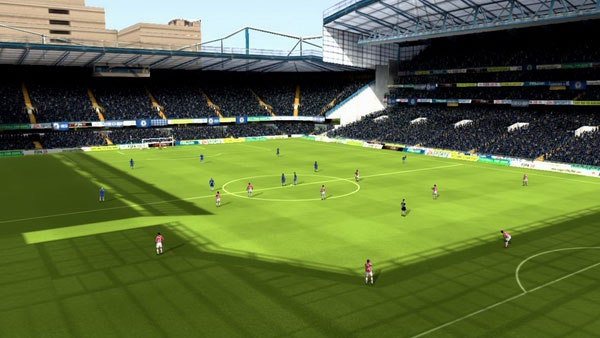 
I‘ve had a chance to play through a lot of FIFA 10 in the past couple of weeks.  In single player, I created a ‘Virtual Pro’ version of Edo Inoue, a promising young Japanese striker, who had a thoroughly average first season for the Brisbane Roar where we finished mid-table and I got injured twice.  I then transferred to Czech first division side FC Viktoria Plzen where I found my form, worked my way up from the reserve side into regular first team selection and capped off the season as the league’s top goal scorer as well as leading the side to the top of the table.  At the end of the season, several new clubs expressed interest in my services and I was also starting to get some international attention.

In multiplayer, I had a chance to play Pat on Xbox Live.  Over the course of six or so games, we experienced little to no lag and the games were entertaining and well contested.  I’ve since started perfecting my post-goal celebrations and I now have a well choreographed custom goal celebration for my Virtual Pro avatar where he does a swinging windmill action with his arms, then cartwheels, then does a forward sommersault.  I’m now champing at the bit to meet Pat online again so that I can put a few goals passed him and then force him to endure this indignity first-hand.

Between the surprisingly absorbing single player options and the excellent multiplayer mode, I can say emphatically that FIFA 10 is the real deal.  I often thought the perfect game would be one that plays like Pro Evo but had FIFA‘s wealth of licenses.  Surprisingly, although FIFA does have a very familiar control system, I like the extra layer of finesse that they’ve added.  The controls for shielding the ball and fancy footwork when on the offensive are difficult yet rewarding and in defence I appreciate the ability to adjust the players posture and the option to call in support players on the fly.  The game actually manages to have engaging and exciting play mechanics without lifting them wholesale from Pro Evo.

Although the game has quite a degree of complexity in its controls, I found the Be A Pro season mode, which lets you play through several continous seasons with the option of controlling a single player or a whole team, was an excellent way to introduce you to the game’s mechanics.  Instead of just having a basic points allocation for your player’s skill levels (shooting, running, heading etc.) you unlock achievements for performing different actions on the field such as chipped through-balls or scoring shots on the volley etc and this is what increases your stats.  This forces you to experiment with your playing style and naturally, this leads to a better understanding of how best to play the game.

Conversely, the licenses in FIFA are a pleasant change for this former Pro Evo fanatic and it was nice not to have to play as “East London FC”.  However, I soon found that while the licenses are great to have, it’s still lacking in completeness.  The game attempts a moderate facsimile of television style presentation but the complete lack of managers is noticable, as is the lack of comprehensive stadium licensing.  I want more please.  I think having personalities such as Alex Ferguson yelling abuse at referees on the sidelines are an integral part to recreating the actual experience of watching EPL football.

FIFA is probably the better of the two footballing franchises this year but not by much.  What this does however, is create a competetive climate which football games have been missing for years.  Hopefully Konami is up to the challenge and next year returns with an even bigger and better Pro Evo game.  Its a good time to be a football video game fan.  Especially if you’re a Brisbane Roar and Westham fan.  In that case, its almost better than the real thing.

Summary : A turning point for the age old football franchise. It has reclaimed the throne from Konami's Pro Evolution Soccer as the greatest simulation of the beautiful game.

Previous: This Is It
Next: I got a jawb! 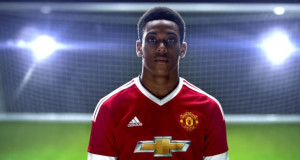