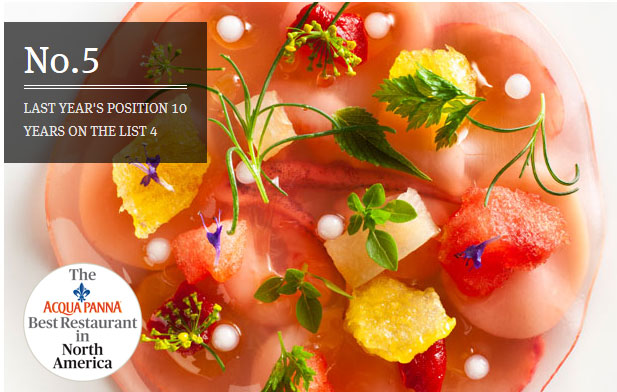 We visited three 3-star Michelin restaurants in New York.  Le Bernardin was a clinical business-lunch affair where we were surrounded by suits in a no-nonsense atmosphere.  Per Se had wonderful service and offered French-American cuisine prepared with impeccable finesse.  We had plenty of expectations with both restaurants but took a bit of a chance on the third big dining experience – Eleven Madison Park.  We hadn’t heard much about the place or knew what to expect.  We just heard it was worth checking out.

It was the Willy Wonka of Michelin rated restaurants.  The Mad Scientist, the Heston Blumenthal, the Andy Warhol.  Chef Daniel Humm and his staff serve up a sixteen course meal that is playful, inventive, loaded with props and keeps you guessing at every turn.  It was the most fun I’ve had at a degustation by a country mile.

Let me take you through it. 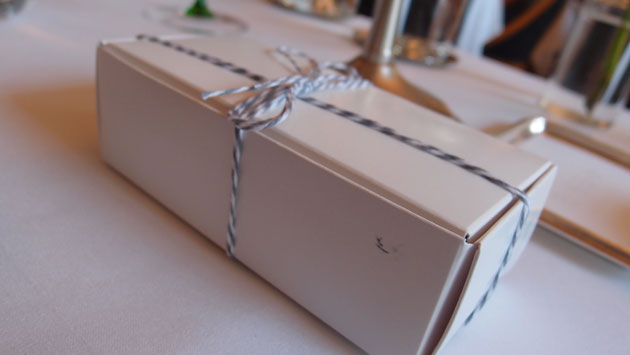 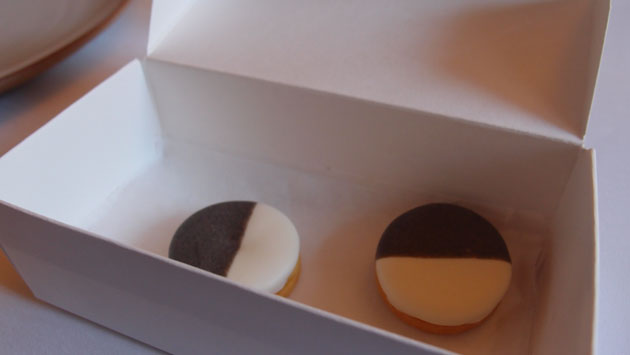 The tasting menu is book ended with this parcel wrapped in string.  Inside are two black and white biscuits.  In the opening course, they taste savoury.  In the final course, you get an identical serve only this time they taste sweet.  This simple trick sets the tone for the meals to come.  You never quite know what to expect and how things will taste. 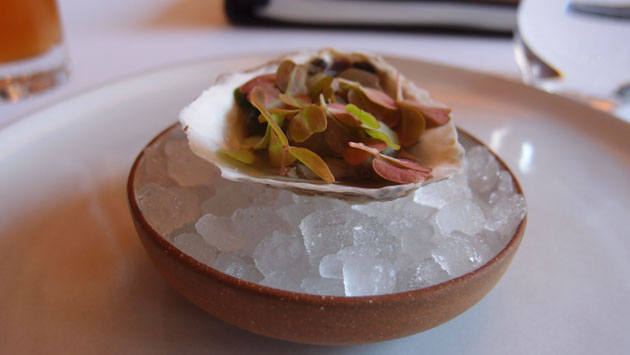 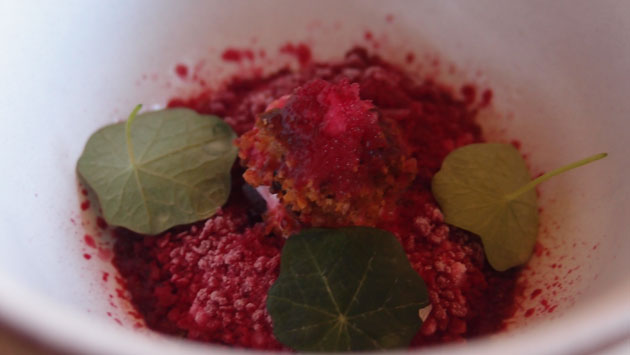 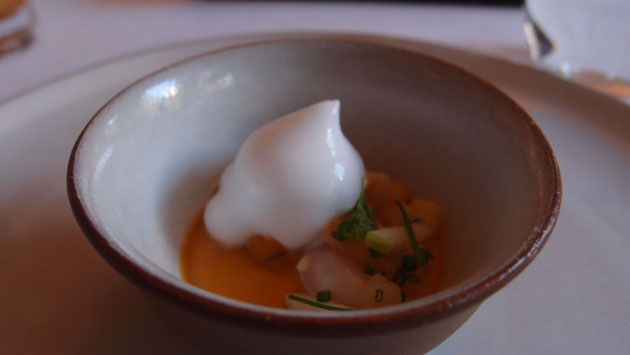 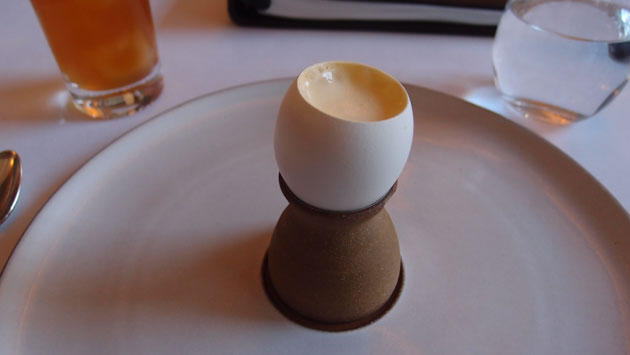 How the hell does someone cut an egg shell with such precision?  It is a mystery. 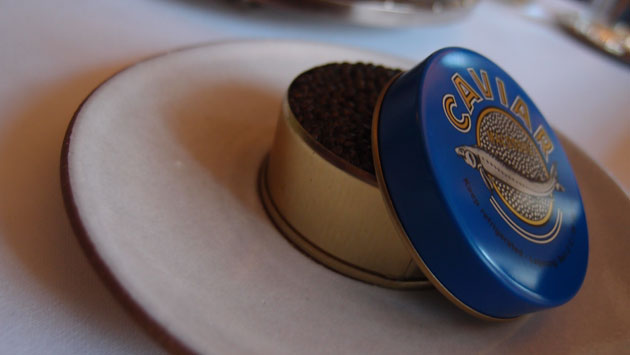 A big ol’ tub of caviar because why not. 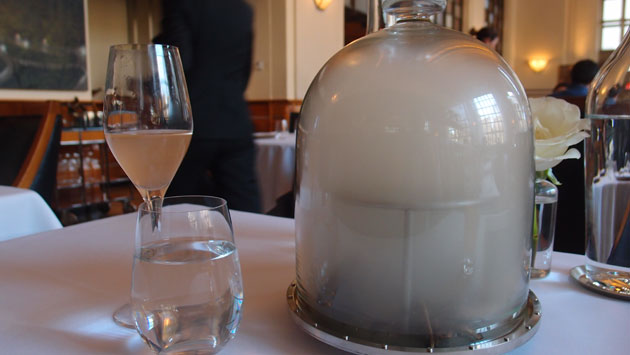 There’s nothing cooler than being served a course under a bell jar that is completely consumed in smoke. 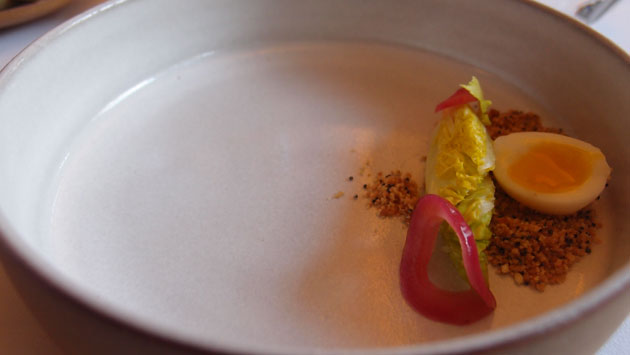 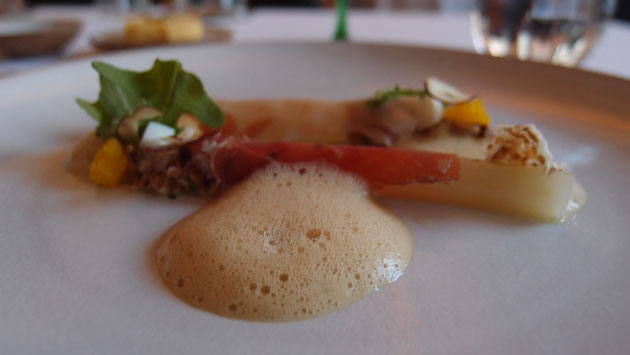 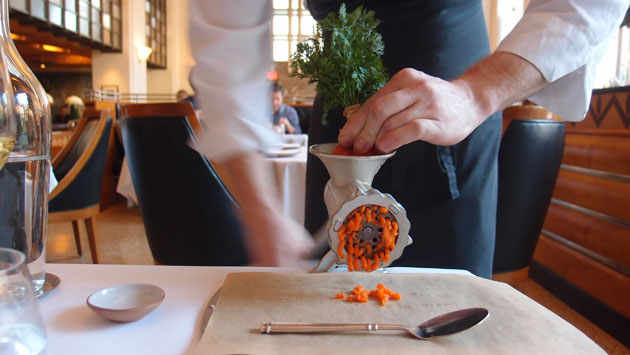 This course emulates a beef tartare except instead of mince they grind a carrot.  Then you dine on the carrot tartare with chopsticks and dip it in one of nine tasting platters. 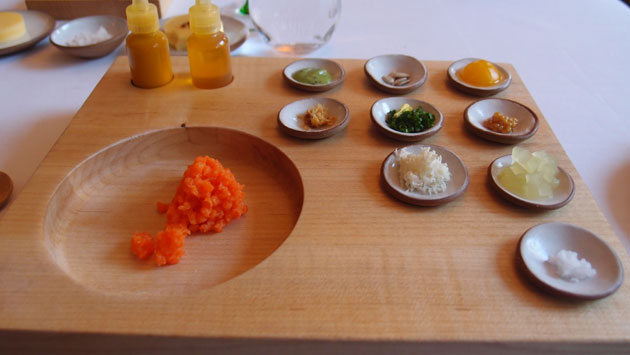 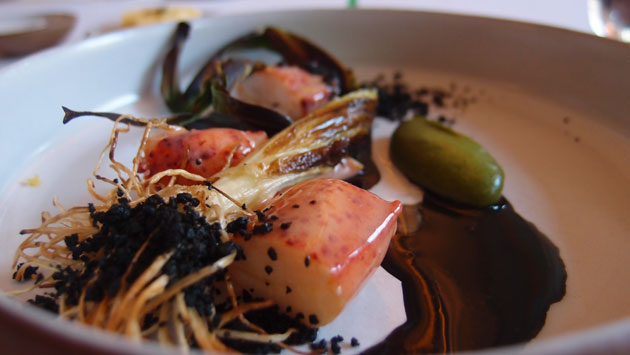 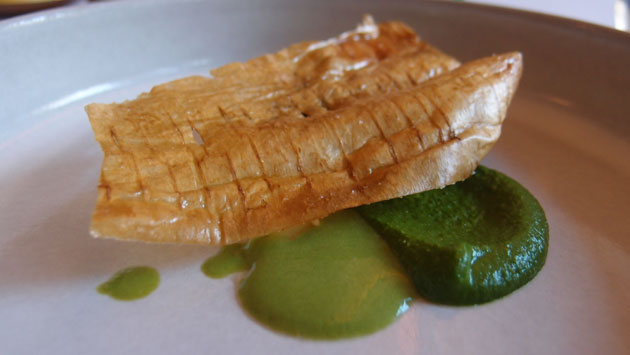 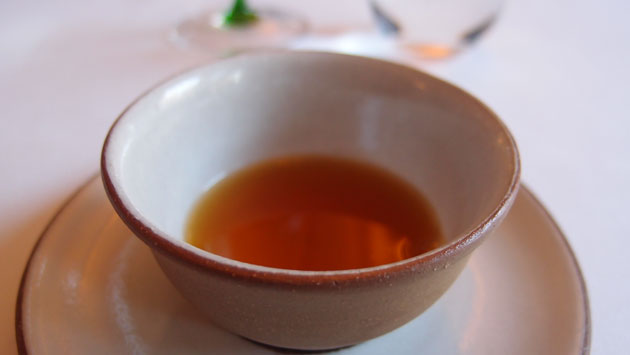 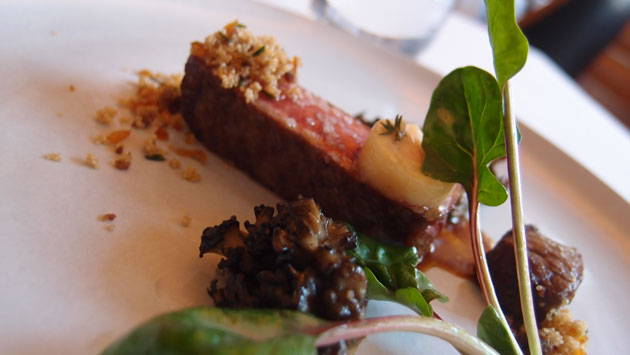 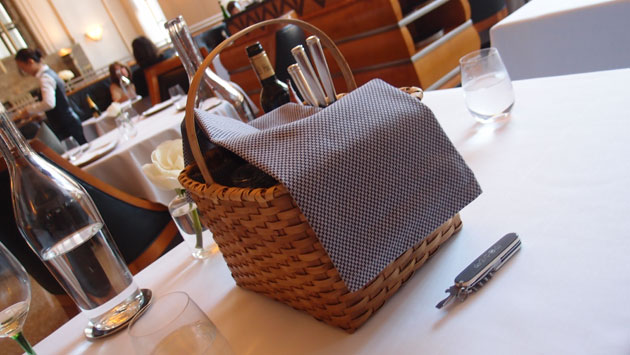 Why not have a quick picnic during your meal?  The basket comes with Eleven Madison Park’s own brand of beer, some nice cheeses and loaves of bread shaped to look like crustaceans. 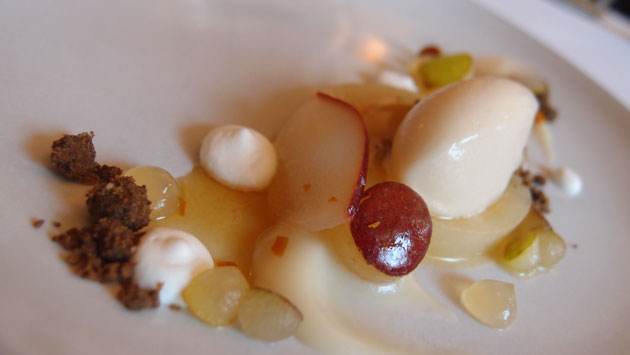 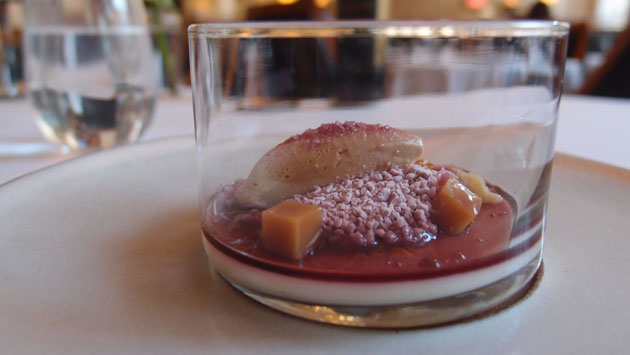 This course had a hidden compartment at the bottom of the plate which unclasped to reveal the chocolate treat.  The waiter reveals this treat by first performing a card trick where you pick a card with one of four symbols on it and somehow the waiter matches the card you choose with the symbol on your chocolate.  I still can’t work out how he did it. 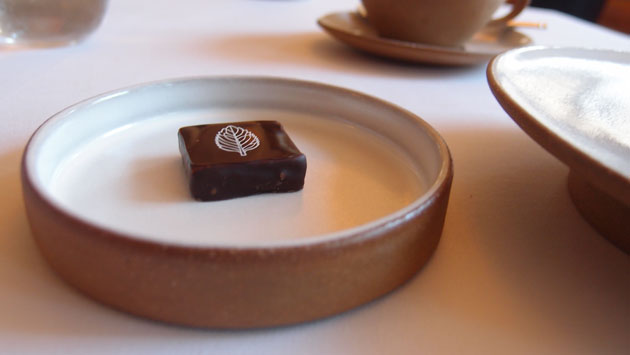 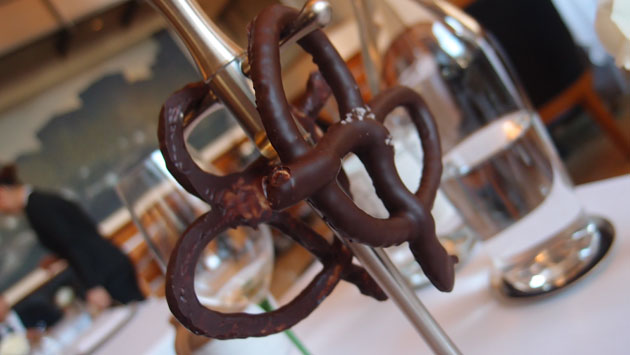 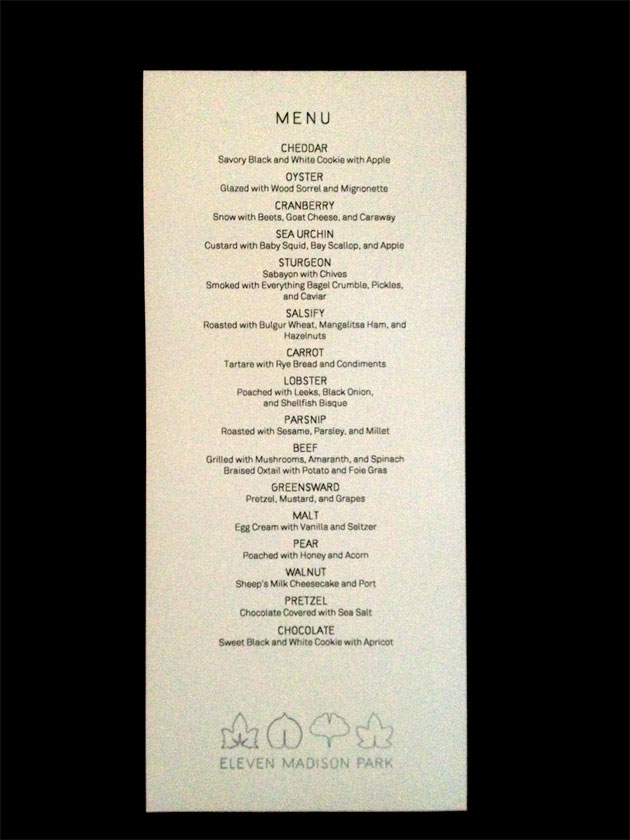 Our dining experience at Eleven Madison Park was one of the most surprising and entertaining revelations in New York.  I cannot recommend this experience enough to anyone who’s feeling adventurous about their food.  It was by far the cheapest of the three big restaurants we visited and yet the service was still excellent and I like that they sourced all their food locally.

Eleven Madison Park was recognized this year as The Best Restaurant In America in the 2013 San Pellegrino Top 50 Restaurants in the World.  It also came in as 4th Best Overall.

Previous: Blogs From America – Time Square and Broadway
Next: Saboteur [1942]