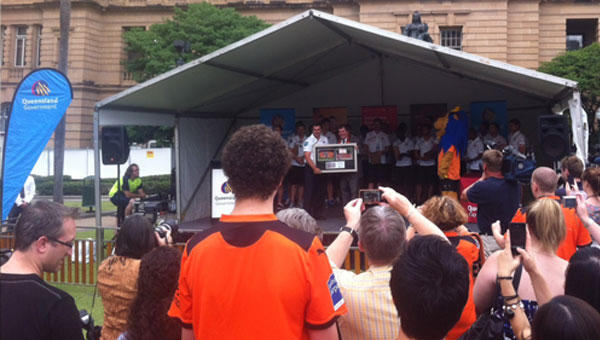 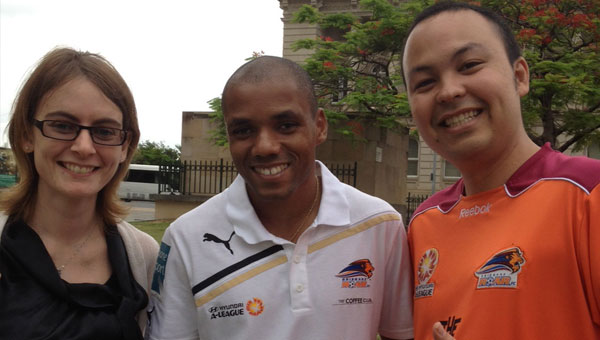 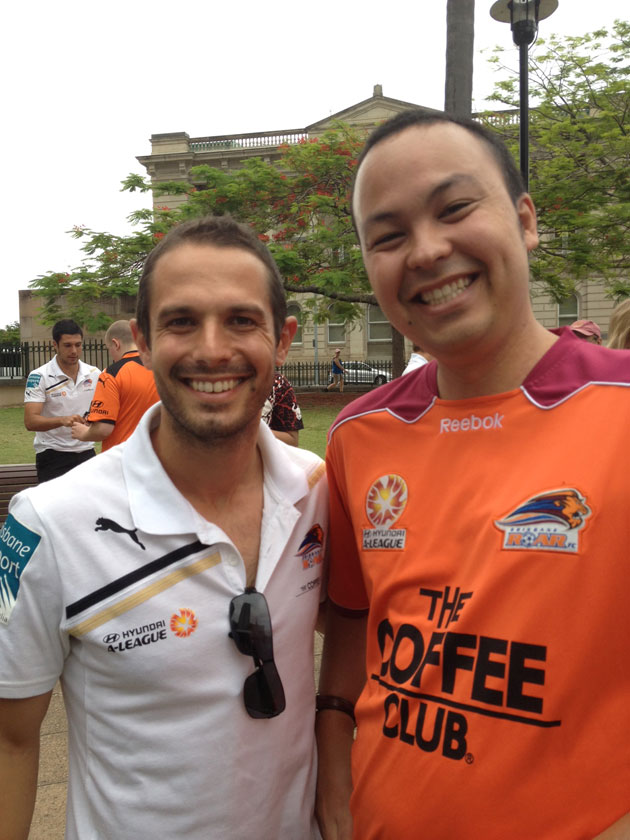 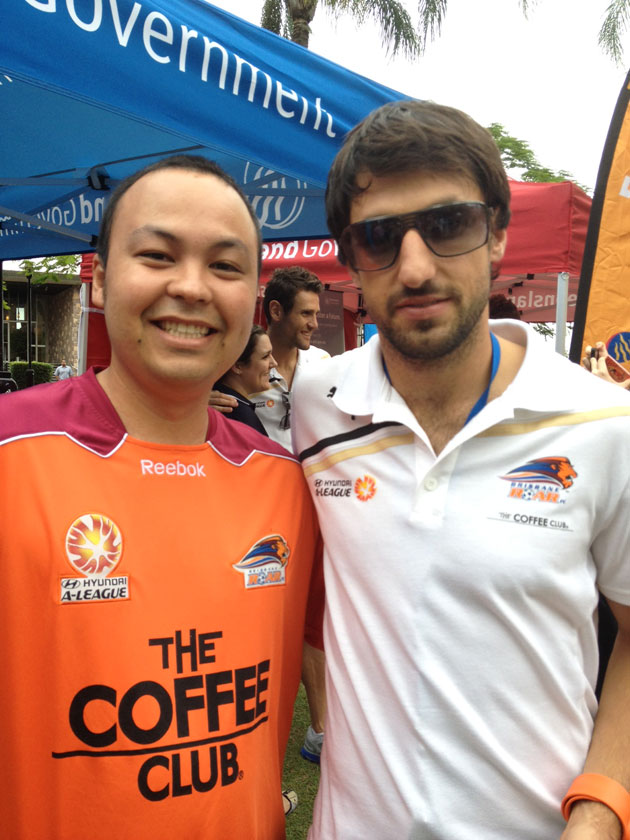 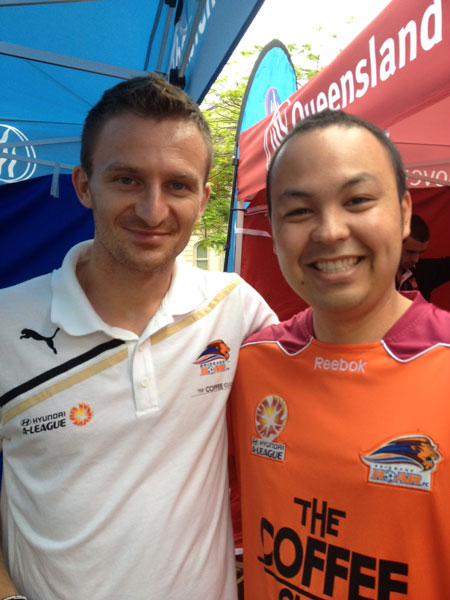 Hanging out with Besart Berisha 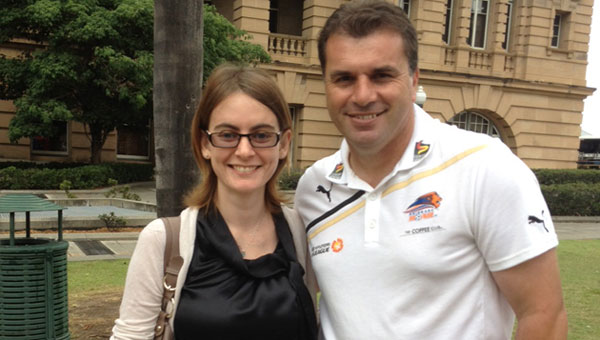 Since Brisbane Roar embarked on this unbeaten streak they have really begun to raise the profile of the A-League, particularly as they surpassed the all-time Australian unbeaten sporting record.  The streak has become one of those talking points for any Australian who has even a passing interest in sports.  It’s making fans of rival sporting codes sit up and take notice.  In Brisbane, they’ve become the toast of the town, enjoing increased crowd figures, a high profile and plenty of media coverage.

This week they held a special ceremony in the centre of town where the team were presented with a novelty-sized plaque, colour-printed certificates on A4 sheets of paper and a special thanks from the state sports minister.  Jen and I also managed to get down there and be part of the action.

It was great to have a chance to meet the squad and say ‘thank you’ for such a wonderful couple of seasons.

As we left, I told Besart Berisha good luck, we were cheering for him and that I’d love to see the streak continue for many, many more games.  He said ‘Edo, you can count on it.’ 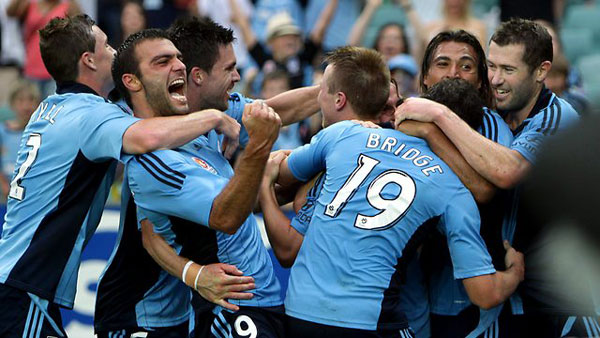 Now its time to get down to the business of winning back to back championships and at the start of the New Year…the Asian Champions League looms.

Previous: Youtube Friday: Death In A Supermarket
Next: TV Show Round Up: Beavis and Butthead [2011], Life’s Too Short, Homeland