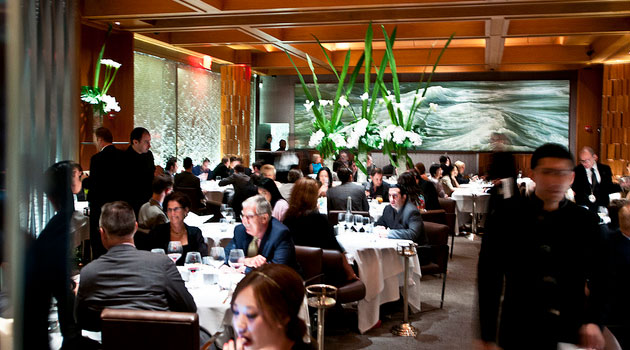 Chef Eric Ripert’s French seafood cuisine at Le Bernardin is some of the most highly decorated in the world.  Most recently, it was recognized as the 19th Best Restaurant In The World, in Restaurant Magazine‘s annual awards.  It has upheld a standard of excellence for an unprecedented thirty six years since it first opened in 1976 and is a permanent fixture of the New York foodie scene.  It tops Per Se in the Zagat Guide for favourite New York fine dining.  In short, it doesn’t get any better than this.

For Jen and I, it was also our first Michelin three star dining experience.  We were ready to get our taste buds treated to some of the most exquisitely prepared seafood in the world.

Here’s what we had: 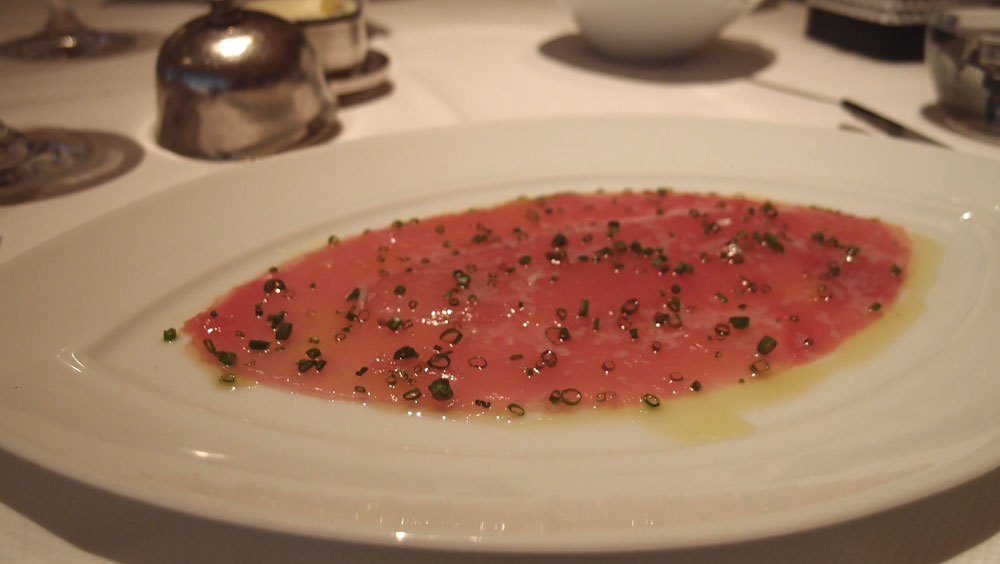 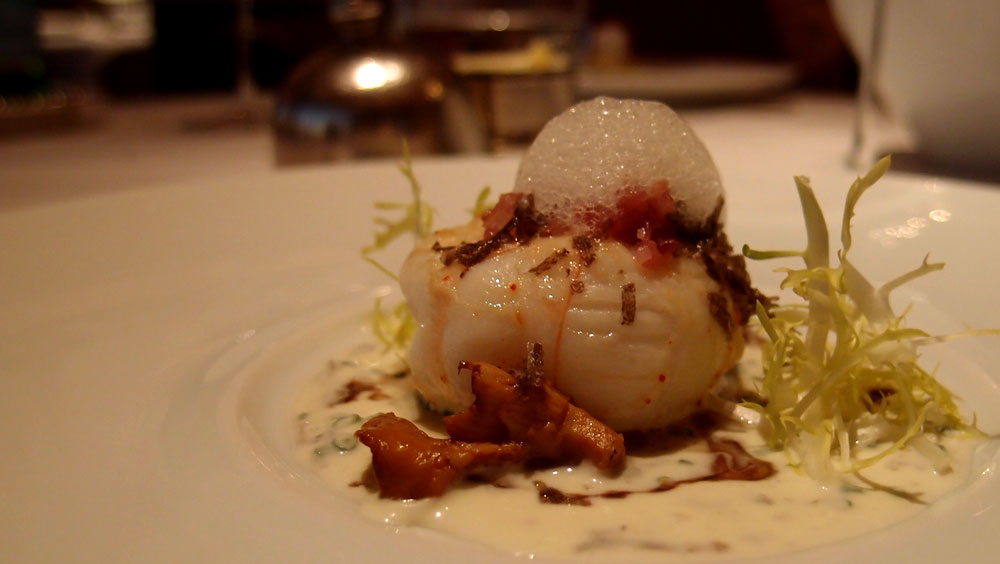 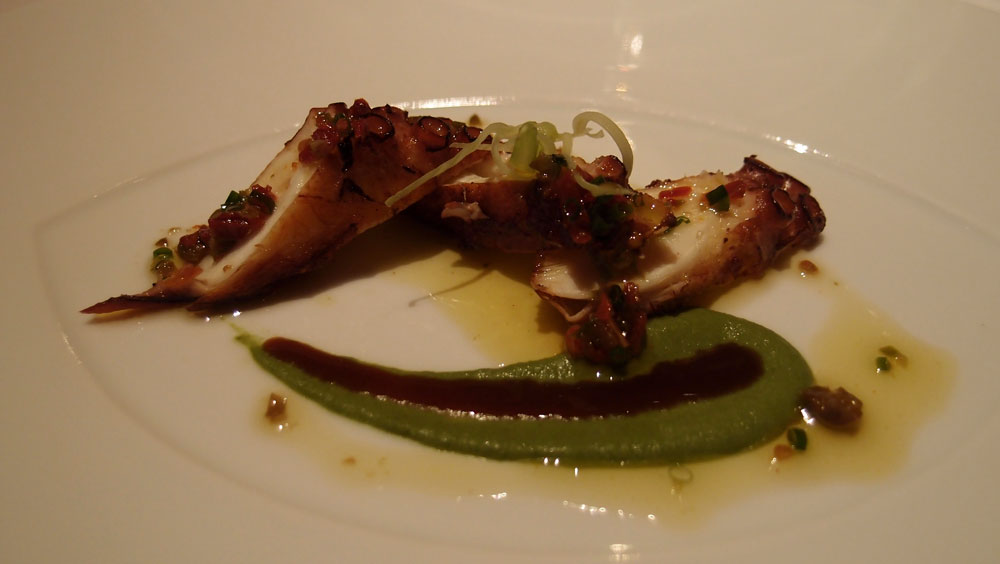 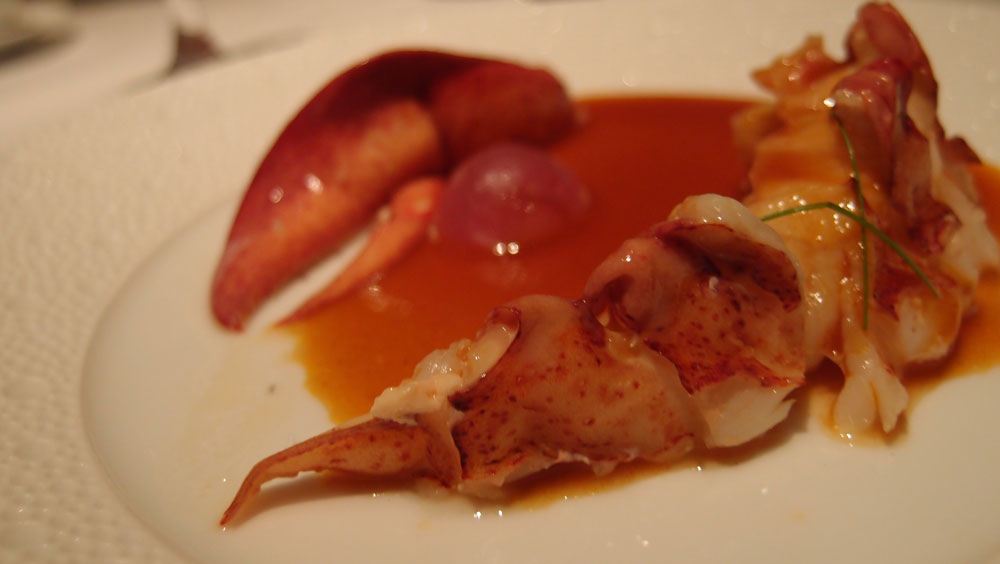 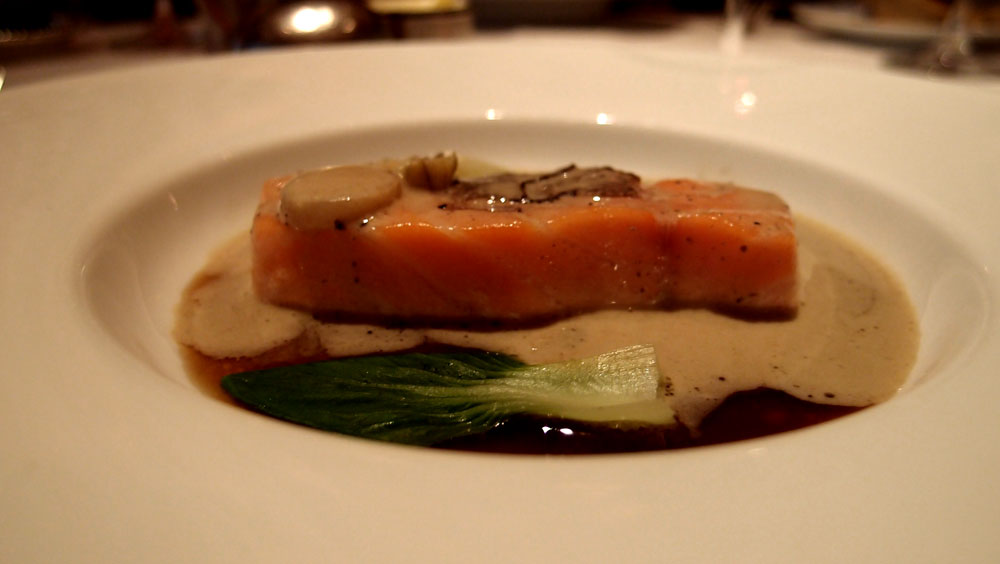 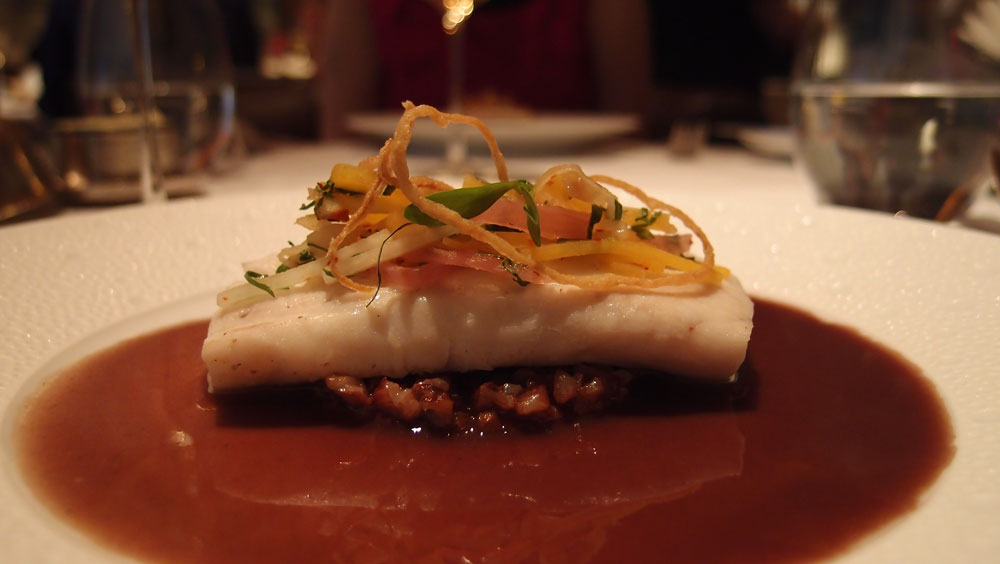 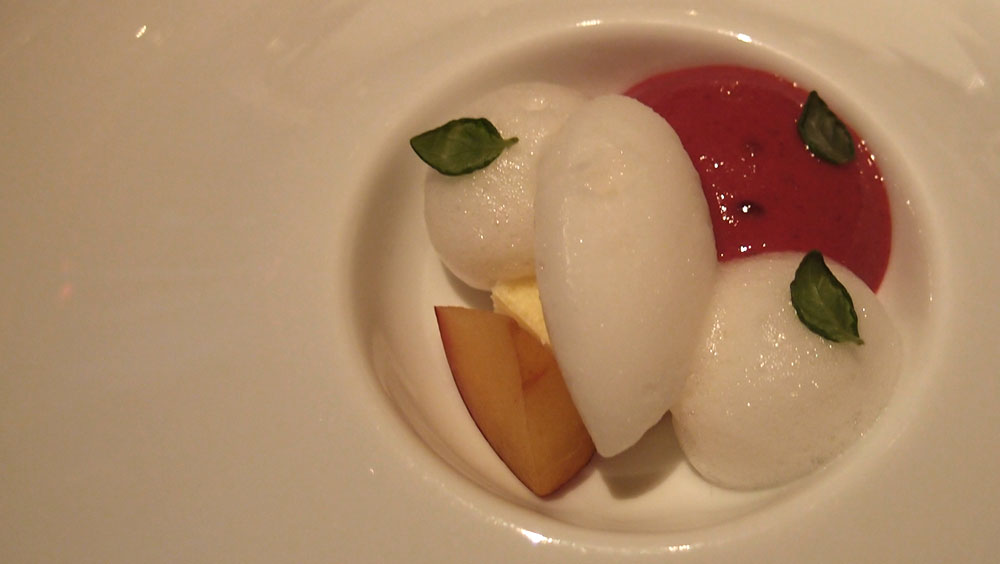 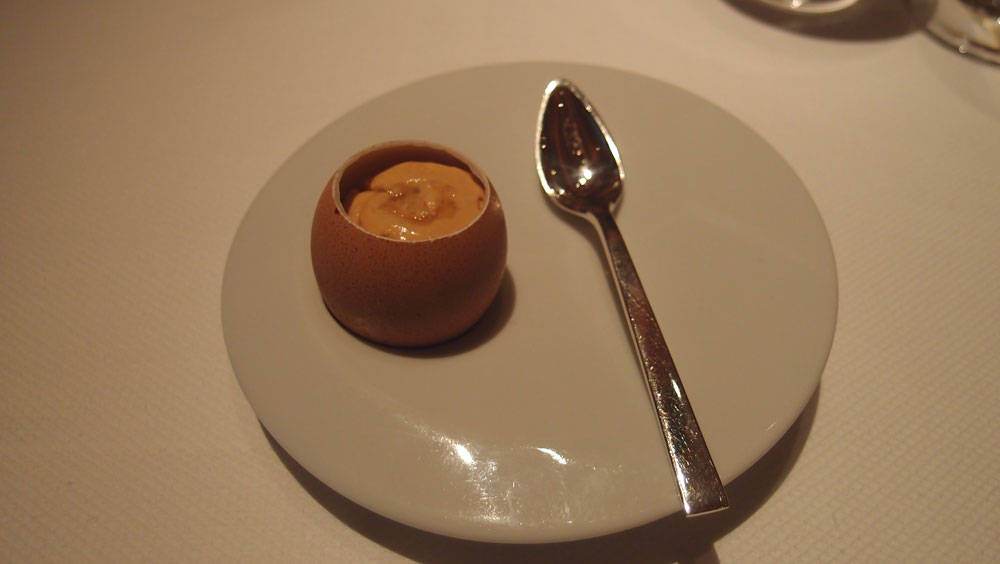 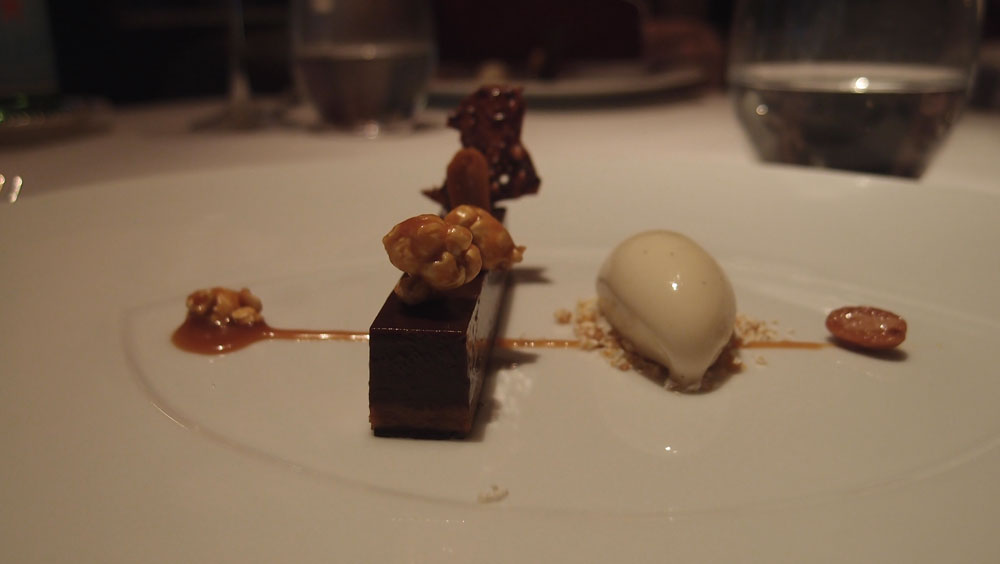 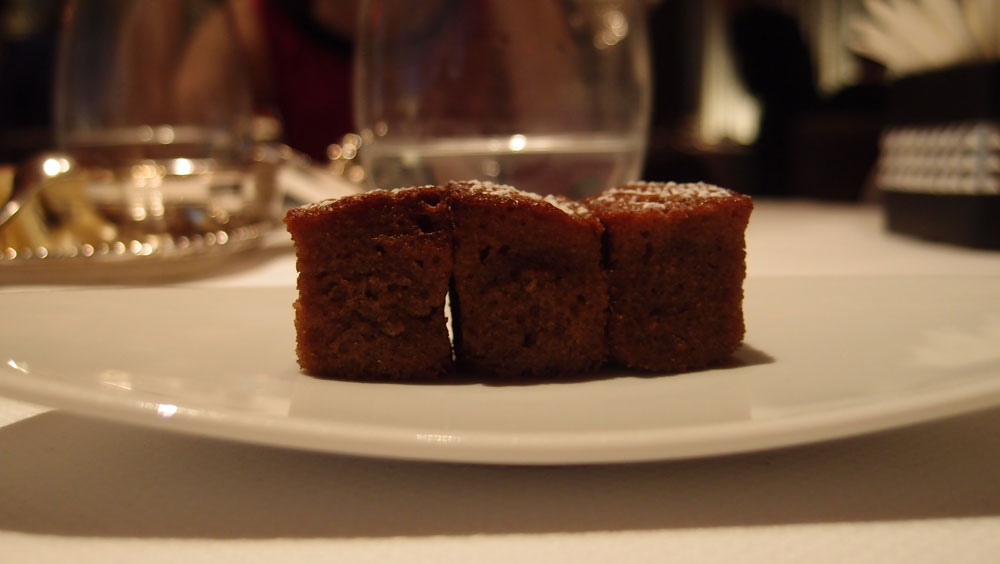 The food was perfectly cooked.  The presentation was immaculate.  The service was speedy and efficient.

This is going to sound sacrilegious but I determined the experience to be a little underwhelming.  Hear me out.  On the positive side, there were some delicious and memorable individual courses.  The opening course sashimi is wonderfully presented and improbably thinly sliced.  The cherry blossom pink Pen Shell is inviting to look at and delectable with the white grape sauce.

However, when we inquired with our server about the origin of much of the ingredients, we were surprised to hear that the fish was caught on the West Coast or across the Atlantic, off the coast of Scotland.  Perhaps its the conditioning that Jen and I have had in Australia where restaurants pride themselves in sourcing local ingredients but this was disappointing to hear.  If I wanted to try Scotland’s best halibut, presumably I would go to a Scottish restaurant?  The whole concept of shipping in the finest ingredients from ‘around the world’ seemed rather dated to me.

The other thing about Le Bernardin was the restaurant itself was disappointingly impersonal in its experience.  We continuously had different wait staff serve us throughout the tasting menu so we didn’t really build a rapport with anyone and subsequently we learned very little about the food or its preparation.  It became very apparent looking around us that during the lunch hour, Le Bernardin is occupied predominantly by wealthy businessmen meeting clients, not food lovers.  The reason the staff emphasized speed of service over personality is that its probably what most of their customers would prefer.  It was kind of how I imagined dining at a Mitt Romney fundraising luncheon would be like.  Everyone else at that restaurant was caucasian, wearing a suit and over fifty.

It also made me wonder whether Jen and I had treated ourselves to the point of diminishing returns.  It’s silly to expect that a three star Michelin restaurant is necessarily an order of magnitude better than Tetsuyas or Martin Wishart.  But our favourite dishes from other restaurants kept colouring our opinion of what we were served at Le Bernardin.  It may well be one of the most critically acclaimed seafood restaurants in the world but nothing there was better than Tetsuya’s ocean trout and Martin Wishart did a better octopus course.  Le Bernardin was pretty good but we were hoping for mind-bogglingly amazing.

At the time, we were concerned whether we had set ourselves up for disappointment and wondered if Per Se and Eleven Madison Park would be similarly underwhelming.

It turns out, we needn’t have worried.

Previous: Blogs From America – New York
Next: Life Itself by Roger Ebert