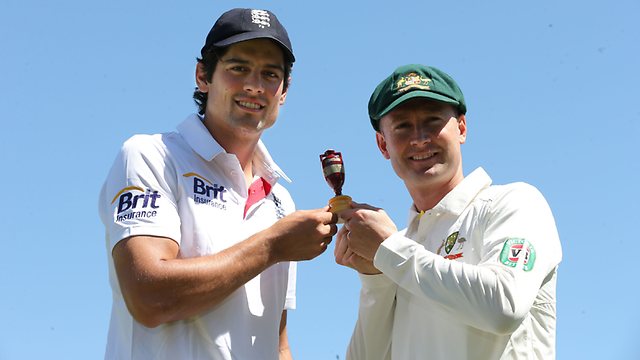 Time flies but the Ashes is upon us once more as Australia attempt to reclaim cricket’s most coveted dead remains from the Old Enemy.

After fifteen years as the dominant force in the rivalry between the two nations, Australia is now very much the underdog.  And just like most other sporting codes in the last decade, England has been getting better whilst Australia seems to be getting inverse-proportionally worse.

Australia began their preparation for the series in the best and worst way.  We fired coach Mickey Arthur with two weeks to go.  It was for the best since he was a rubbish coach but we probably should’ve done this months ago.  Under Arthur’s reign, player discipline was out of control.  Shane Watson was selected as a vice captain but then got stood down for not doing his homework.  David Warner was getting included in the leadership team but then he went and punched England batsman Joe Root in the face at a pub.

To save our Ashes campaign, Australia recruited former player Darren Lehmann, affectionally known as Boof.  Lehmann has brought back some much needed order to the side and has shown a firm hand, sending Warner away to play for Australia A in South Africa to prove himself.

As for how Australia will go in this series…who the hell knows.  We’re probably in for a hiding but Lehmann’s appointment is an x-factor that might complicate the equation.  We shall see.

In the last Ashes series, we had a competitive Fantasy League which I won in the final round!

This year we’ve got another competition set up and its got even more contestants as well as some old rivals out for revenge~!

We’re in for some late nights in Australia.

I look forward to reusing this gif as often as possible.

Previous: The Awkward Blog
Next: Youtube Friday: The 1860s Bar